More than just drains: Recreating living streams through the suburbs

Lot sizes and backyards are shrinking in Australia at the same time as building density is increasing. So we cannot afford to overlook the potential of existing – but neglected – spaces in our suburbs, like drains.

Turning an urban drain into a living stream opens up a world of possibilities.

In denser living environments, we will need new types of green and open space to meet the needs of residents.

One such overlooked space is the urban water drainage system. As part of my research I’m examining the potential of a co-ordinated and integrated network of suburban streams.

The largest water catchment in the Perth metropolitan area is Bayswater Brook (previously called the Bayswater Main Drain). Largely for the purpose of improving water quality, in recent years work has begun to remake drains running through the suburbs into “living streams”.

Aside from the obvious benefits of water purification and stormwater management, these networks of suburban streams can be re-imagined as preferred paths through the neighbourhood.

Using established drainage routes capitalises on their existing connections through a suburb. This network could amplify the connections between parks and other green areas, providing a rich soundscape of birds, frogs and insects, and a diversity of sedges, rushes, melaleucas and other vegetation along the banks.

Look at the big picture

While the conversion of old infrastructure into living streams is not new, it has as-yet-unrealised potential to rehabilitate the large sections of open drainage that run in visible, connected ways through our suburbs. This elevates the idea of a living stream to a multi-layered ecosystem, one that includes multiple drains across the suburb.

The Bayswater Brook permanent drainage system runs through the northeastern suburbs of Perth. These drains can be dangerous and public entry to these areas is prohibited out of necessity.

The drains run along the rear of mostly low-density housing, hidden from streets. Their condition is typically marked by weeds, minimal vegetation and stagnant water.

The sheer number of these open drains across the metropolitan area offers a compelling opportunity to reconceptualise the system as a holistic and integrated network of ecologically restored streams. This requires co-operation between multiple levels of government.

A project by WaterCorp in Western Australia (which manages drainage infrastructure) has begun inviting local governments to submit proposals for use of the green space around drains. These are currently for small portions of the larger network, such as a pop-up park planned for a basin in Morley.

The benefit of doing this in a co-ordinated way – rather than single stream restoration – lies in the possibilities of making these spaces a genuine alternative to the street.

What are the benefits

By activating unused, off-limits areas at the back of houses, we can turn public space “inside out”. Providing a sequence of accessible paths creates a new option for pedestrians away from roads and cars, but still with an established, clear route through the suburb. We can have a space that is buffered from traffic noise without the isolation of an empty park segregated from main thoroughfares.

Many studies have convincingly found connections between the sounds of waterscapes and restorative emotional states and views. Having multiple entry and exit points as the streams thread through the suburbs would heighten the spaces’ usefulness as everyday pathways. Children could walk along the streams to school, or adults could take a short cut to catch the bus to work, maximising this kind of beneficial interaction with water.

Recreating natural habitats would also increase biodiversity and create a multi-sensory environment, as well as a cooler micro-climate. That would make it an even more attractive place to be in hot months. Encouraging a more natural flow of water through the streams would also reduce biting midges and mosquitoes, which thrive in stagnant water.

Potentially the most convincing reason for local governments to rehabilitate drains is that living streams increase neighbourhood property values. Research has shown the effect is significant. In the Perth suburb of Lynwood, for example, median home values within 200 metres of a wetland restoration site increased by A$17,000 to A$26,000 above the trend increase for the area.

This in turn can support increased density. High quality nature spaces potentially offset the sacrifice of the usual backyard area, by increasing the number of people with direct access to these spaces.

There is a growing imperative to remove the false choice between designing for people or for nature. Remaking our old infrastructure for many new uses offers multiple benefits to our ecology and well-being. When a drain becomes a living stream it doesn’t just provide a new kind of open space but adds a new dimension to enjoying, and moving through, your suburb.

More than just drains: Recreating living streams through the suburbs 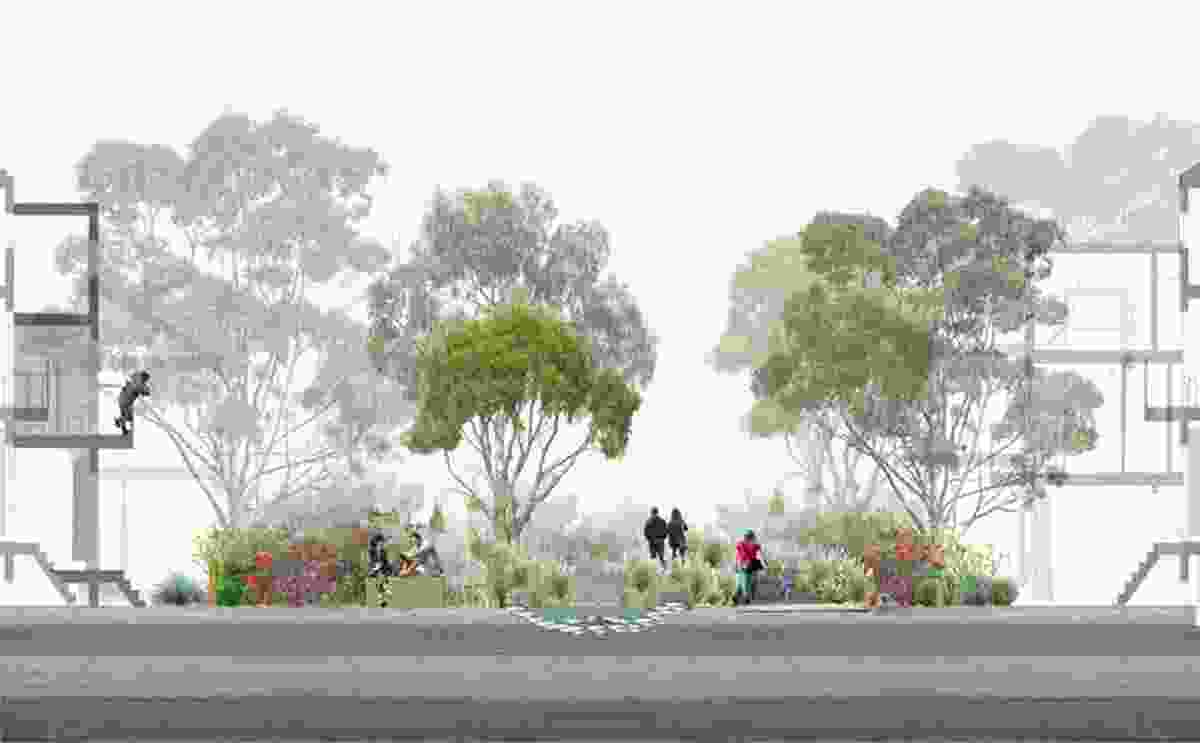 Turning an urban drain into a living stream opens up a world of possibilities.

A drain carries water but does little else, but imagine how different the neighbourhood would be if the drain could be transformed into a living stream. 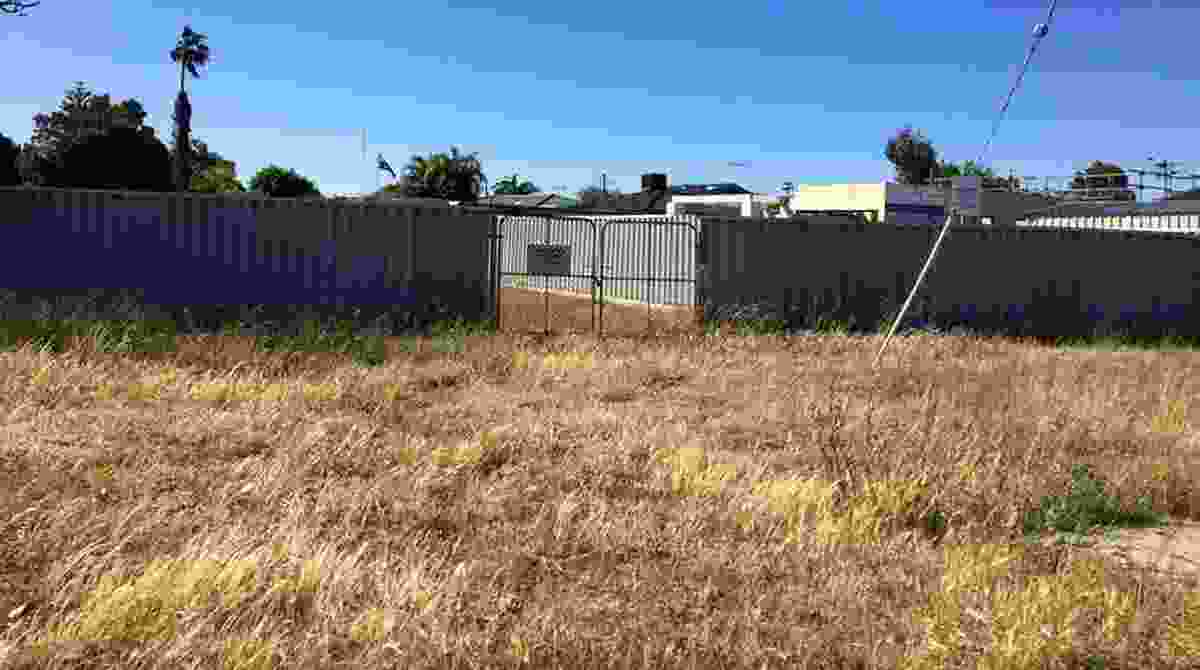 Fenced-off areas offer no public benefits to the neighbourhood other than drainage. 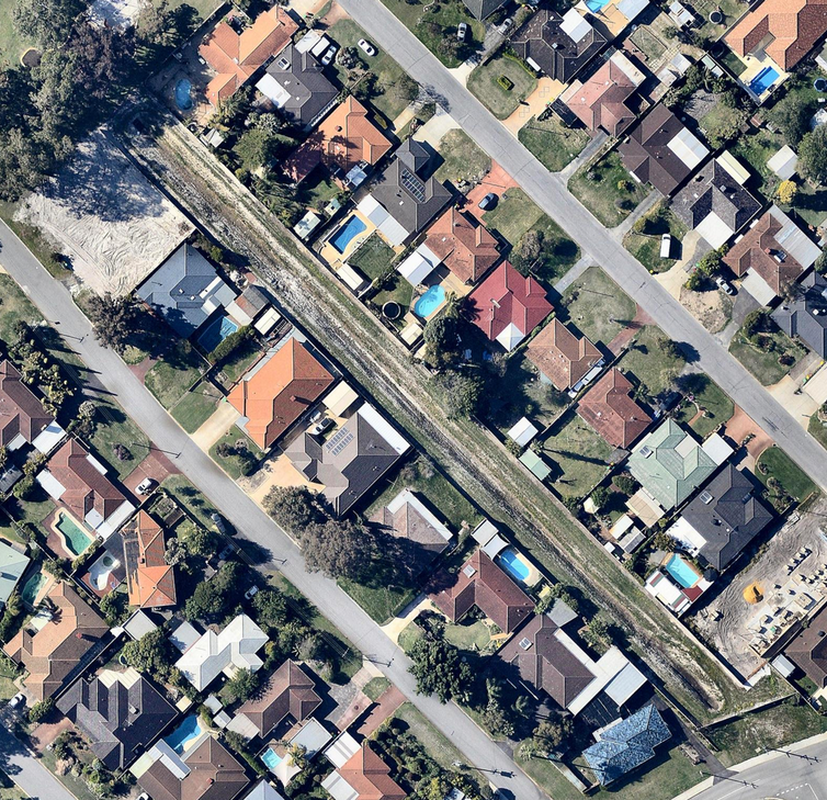 An aerial view of houses backing onto a 90-metre long open drain in Perth. 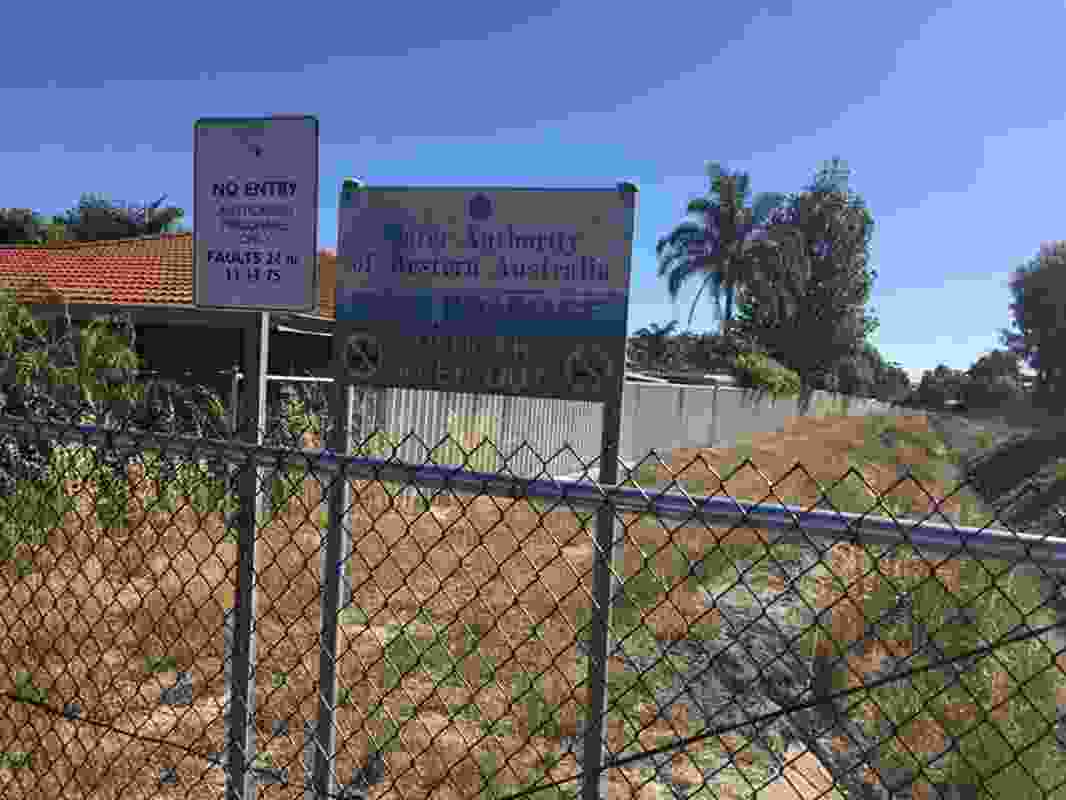 Access barriers are unsightly but necessary because the existing drains can be dangerous.