From the landscape architect: Located in Glenorchy, Tasmania on the River Derwent, Glenorchy Art and Sculpture Park (GASP!) curves around Elwick Bay’s eastern edge and terminates at Wilkinsons Point to bookend the Museum of Old and New Art (MONA). MONA is changing the social and cultural fabric of the region and has had an enormously positive impact on tourism and the local economy. In this context, the City of Glenorchy engaged McGregor Coxall and Room 11 Architects to design the second stage of GASP! and create a spectacular setting for art, sculpture and experience.

The value of this landscape to the local community and the state of Tasmania is high. Following the early years of colonial settlement in the 1920s Glenorchy was dominated by farming, orchards and early industrial uses, which attracted a diverse variety of people to work in the area, including a relatively high percentage of migrants. The area is home to recreational and entertainment facilities within the Derwent Entertainment Centre and race course, and a number of heavy industries are located near the site, including a zinc refinery.

The site has evolved to accommodate contemporary arts and cultural events that add another layer to its heritage and to people’s mind map of the area. The design response has been to respect and draw from the site’s heritage. It leverages the new investment by the project sponsors to provide a return for the local blue collar community and complement the regeneration now being led by MONA.

GASP! Stage 2’s site was formally used as a construction deck for the Bowen Bridge and new sections of the Tasman Bridge following its partial collapse in 1975, after being struck by the bulk ore carrier Lake Illawarra. The post industrial site was depleted and exhausted. It is incredibly tough and exposed to high winds and salt air. It included multiple layers of debris from its use as a construction site for city infrastructure. The budget for the proposal was extremely tight. These challenges were the foundation for the landscape design response.

The existing site conditions were considered very poor for planting and required remedial work and grading to improve the soil structure and drainage in order to support the planting that was undertaken. A simple planting palate of proven species in the tough conditions including a mix of native grasses, dropping sheoaks and pig face respond to the wind and provide colour in the central space.

The result is a landscape of two primary parts. One: the external exposed landscape that leads to Wilkinsons Point; and two: the point itself with the sheltered courtyard, and its apron areas. These landscapes contrast and complement each other. They change in response to light, wind, shadow and season. One open and one protected. One dark, one light. They each have a different relationship with the river’s environs, Mt Wellington and its range of peaks.

The constantly changing nature of the riverscape is heavily influenced by the prevailing weather. This ranges from impossibly relentless wind that pummels the site with salt laden air through to calm mirror-like conditions. Light and reflection from the surrounding landscape become one with the river and in turn frame the experience of the each of GASP! 2’s spaces. One exposed and foreboding – the other sheltered and inviting. 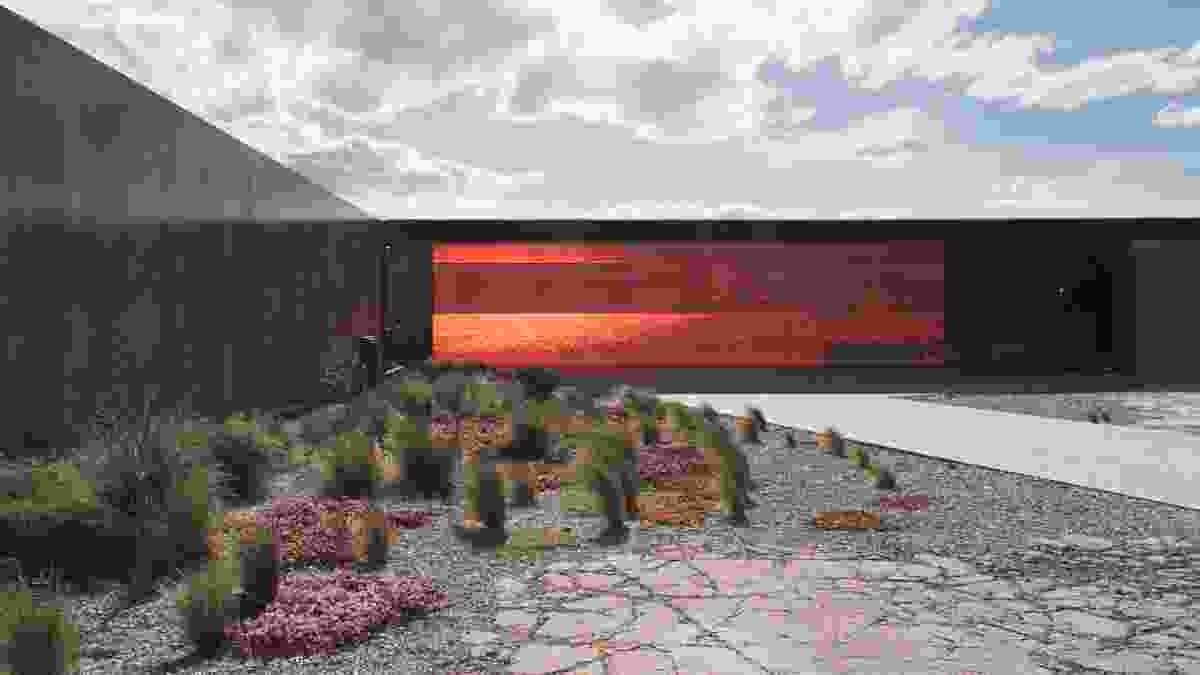 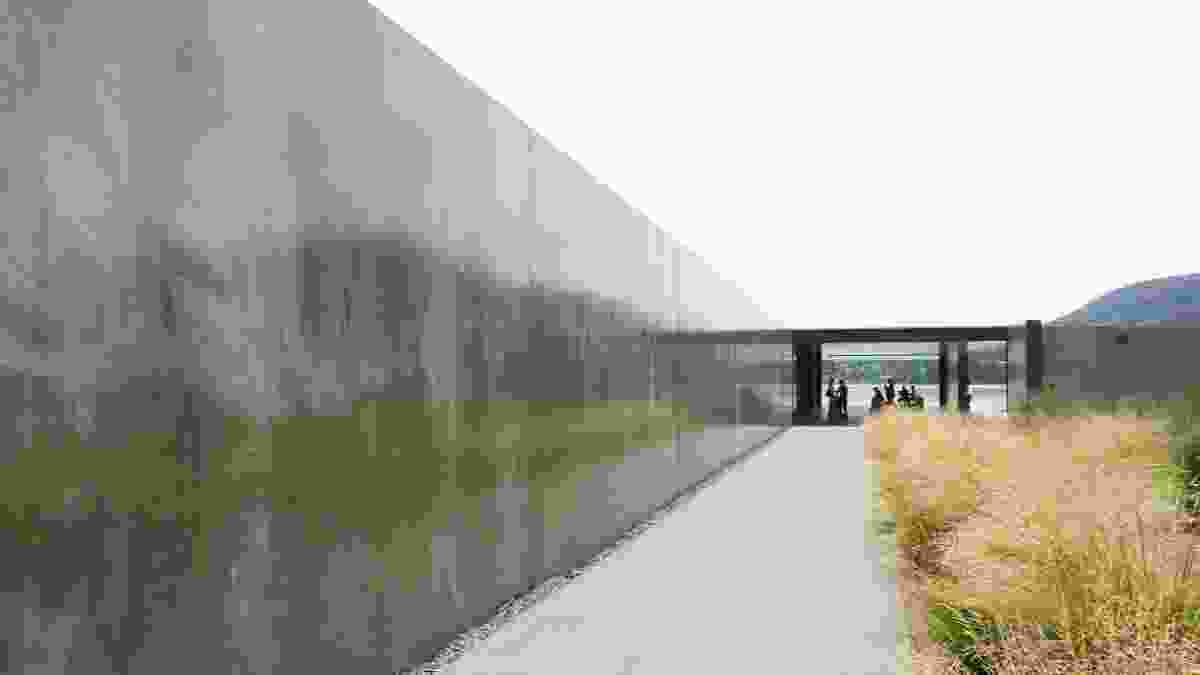 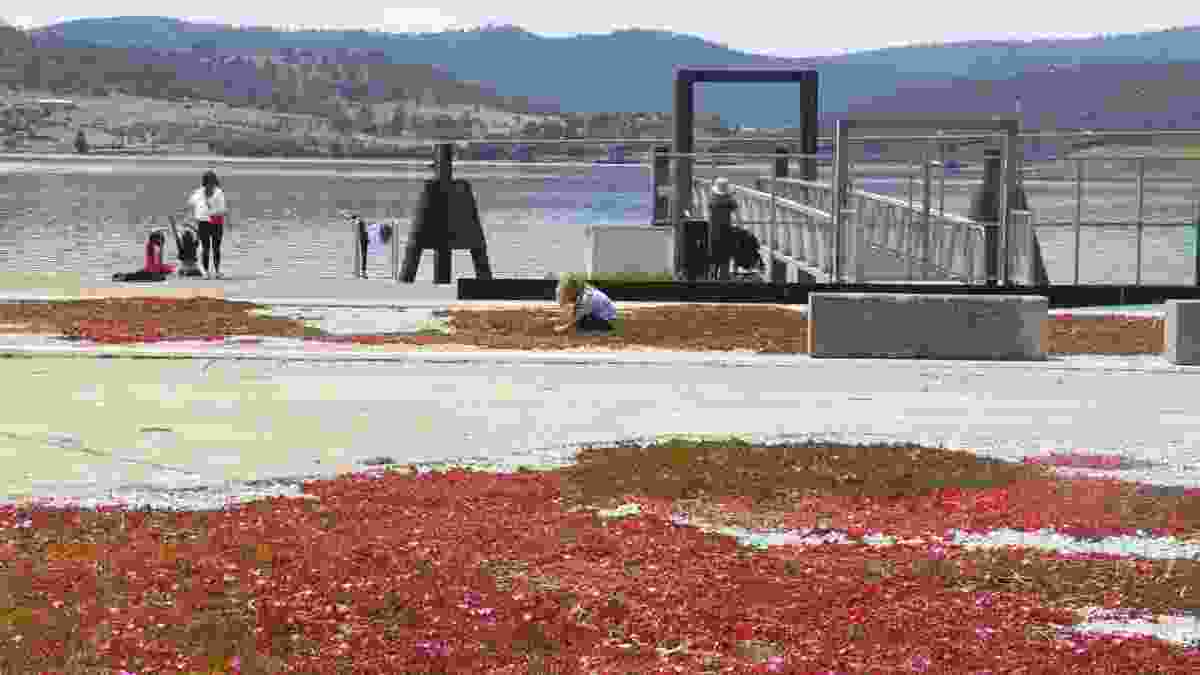 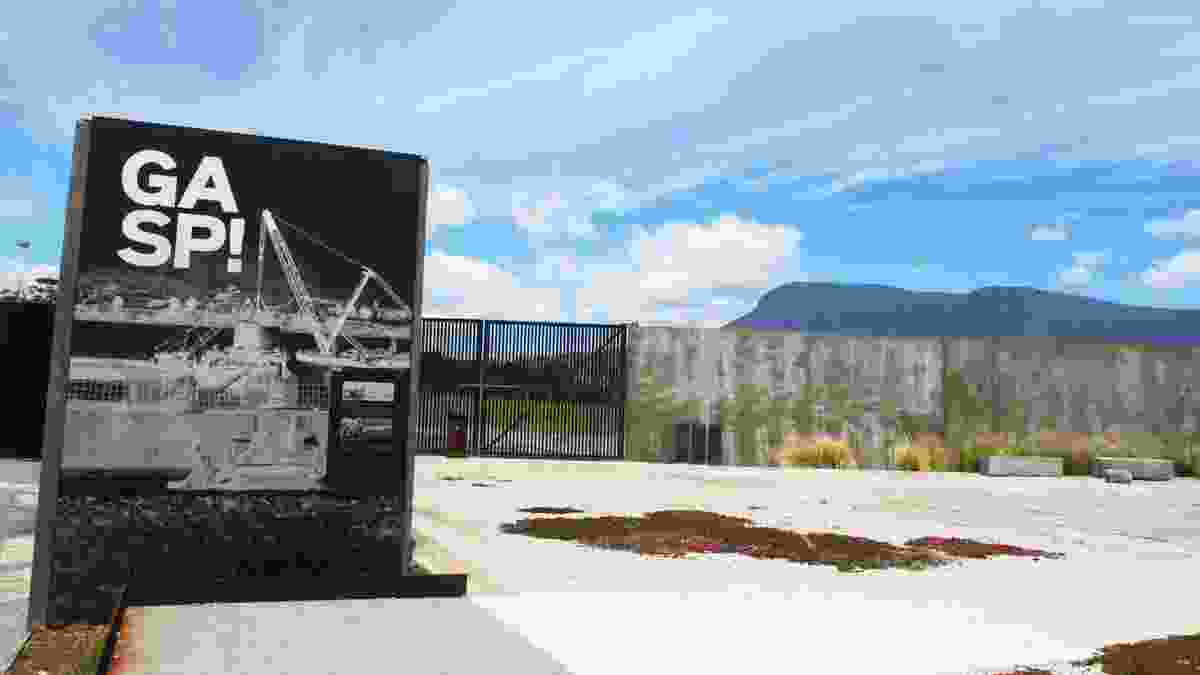 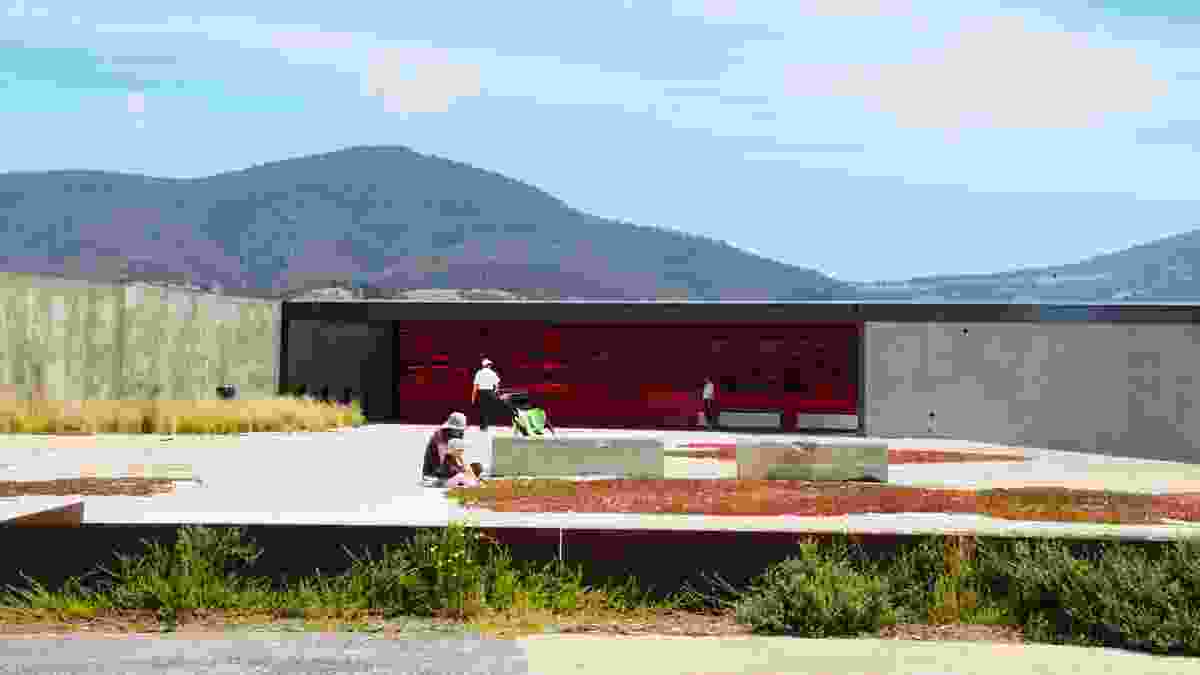 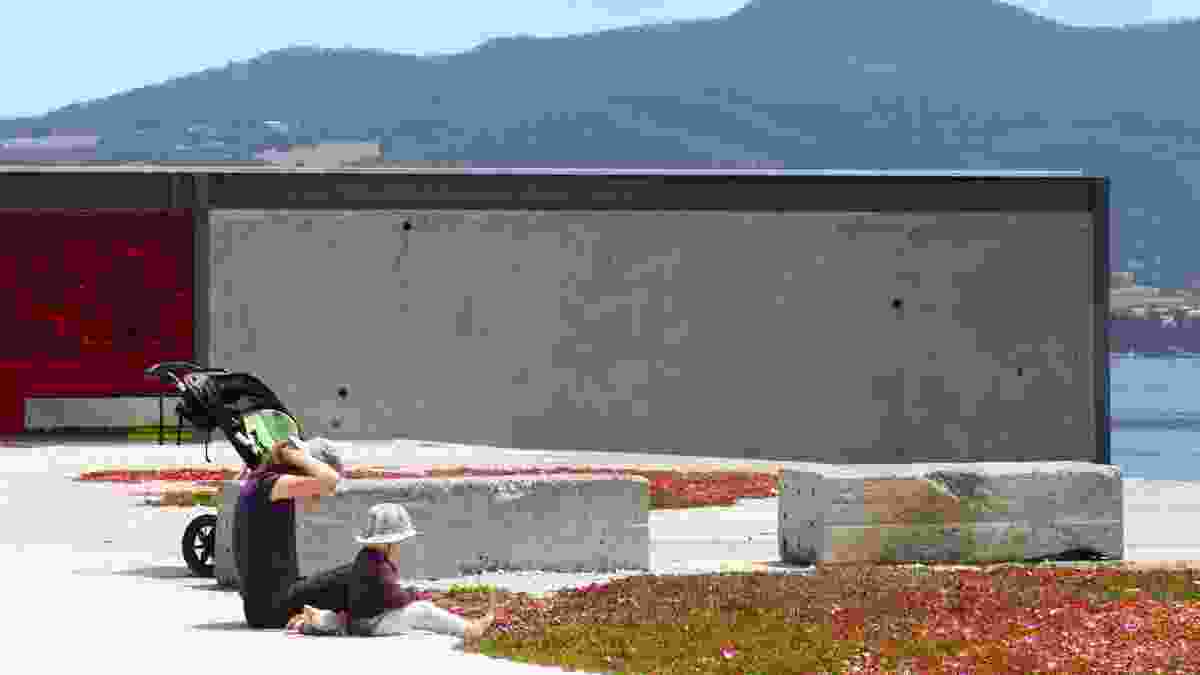 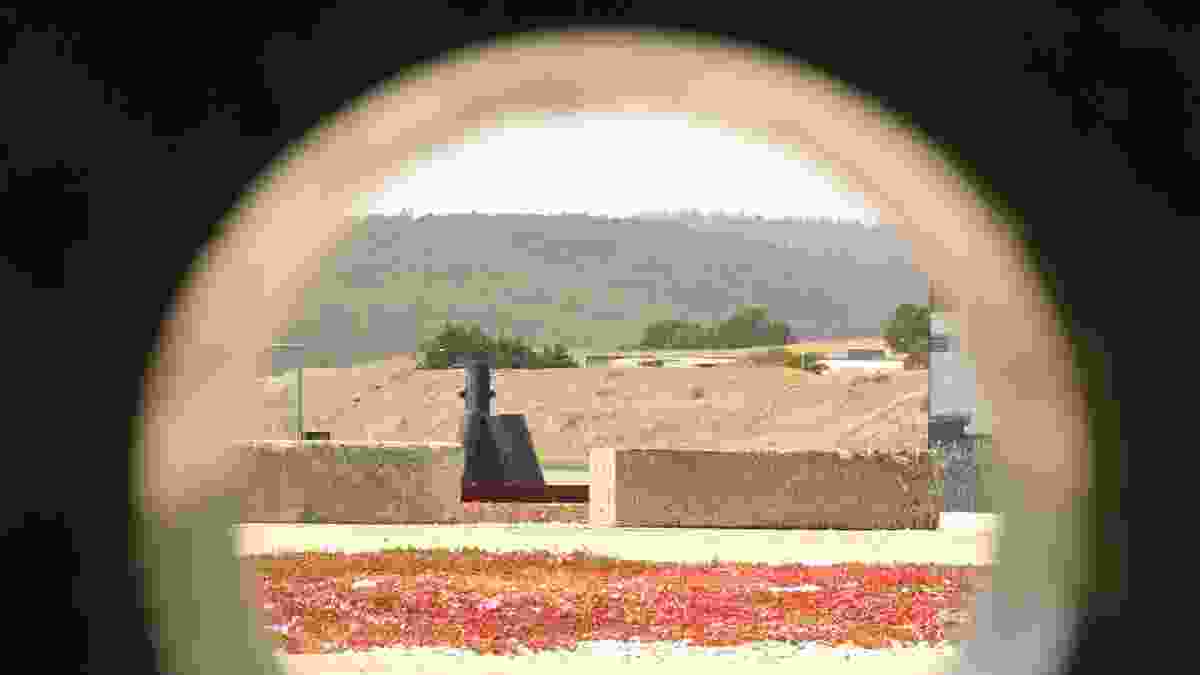 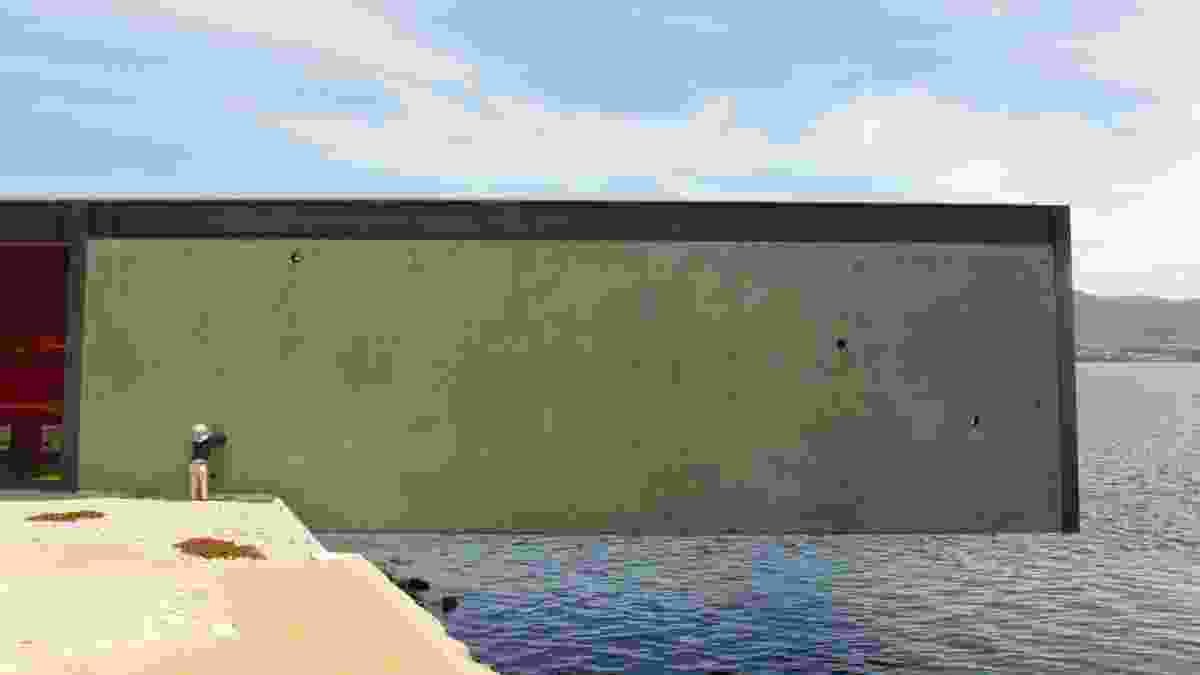 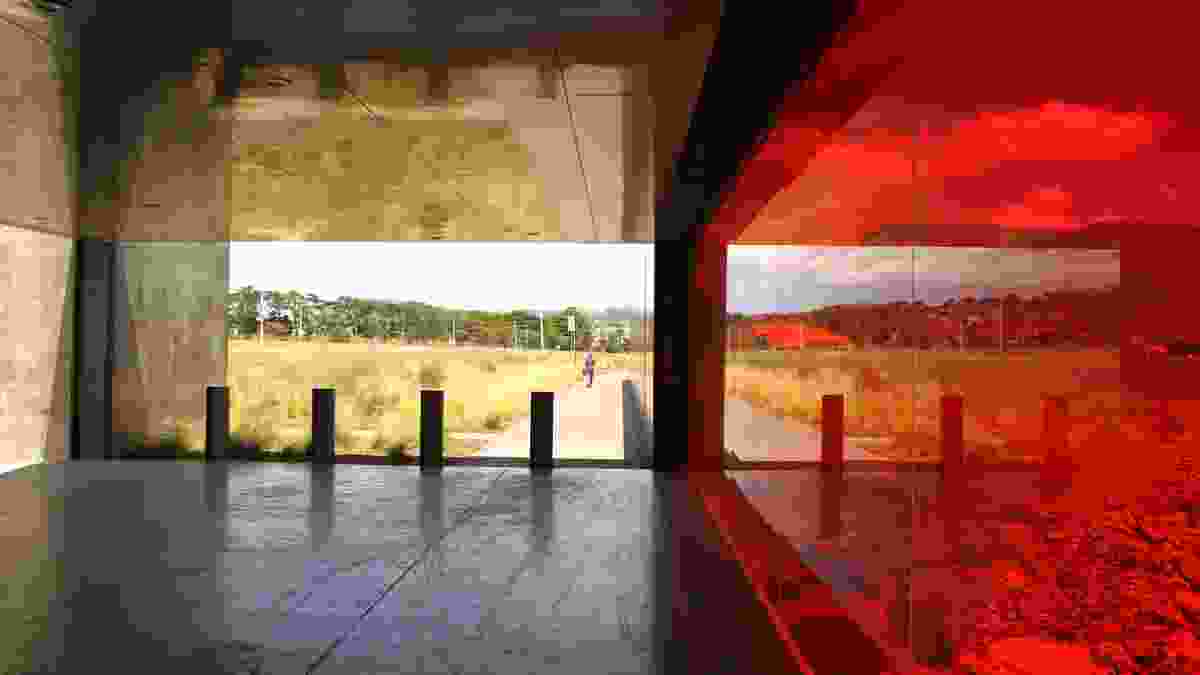 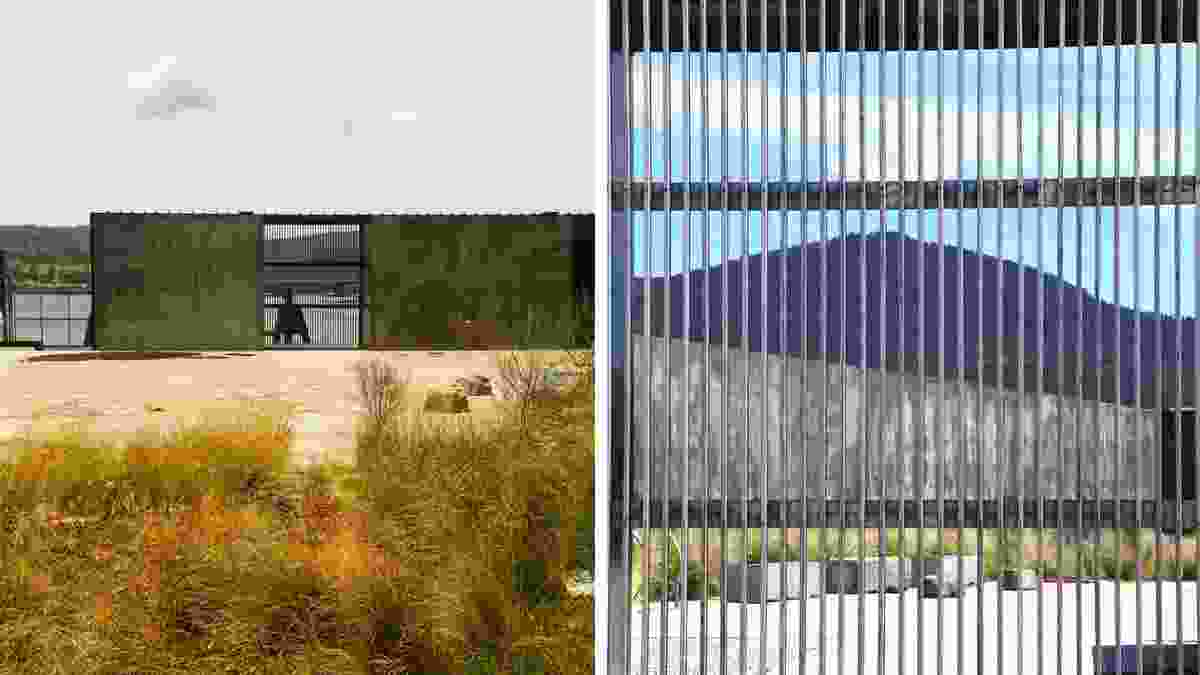 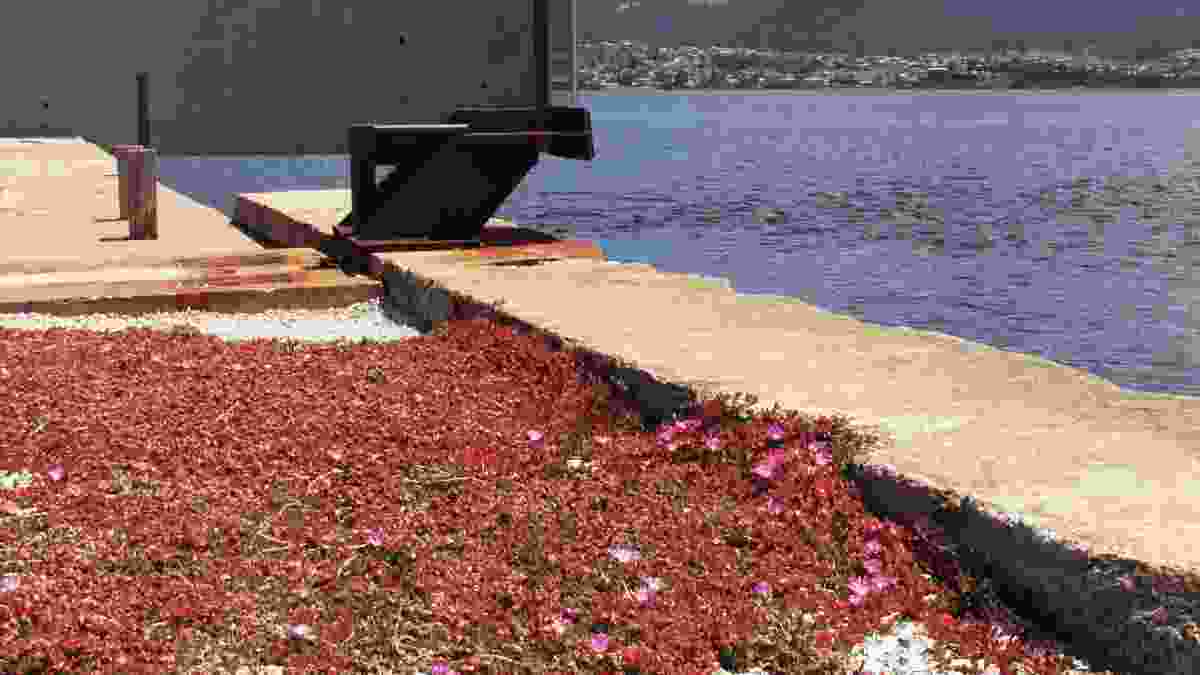 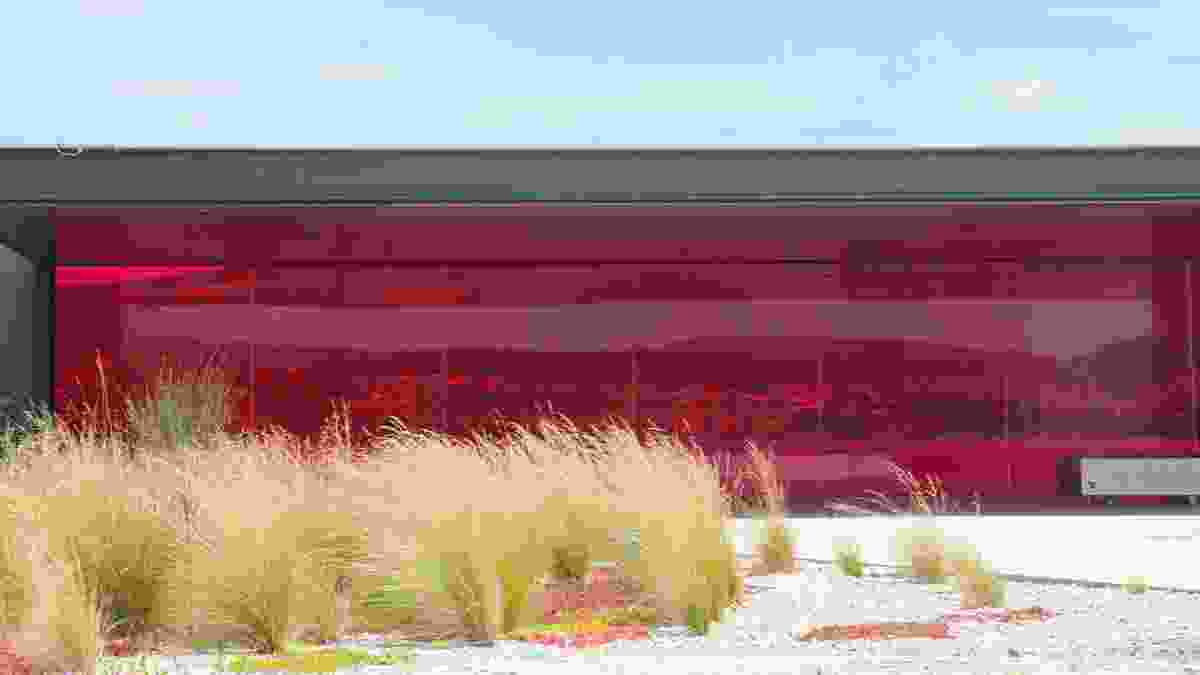 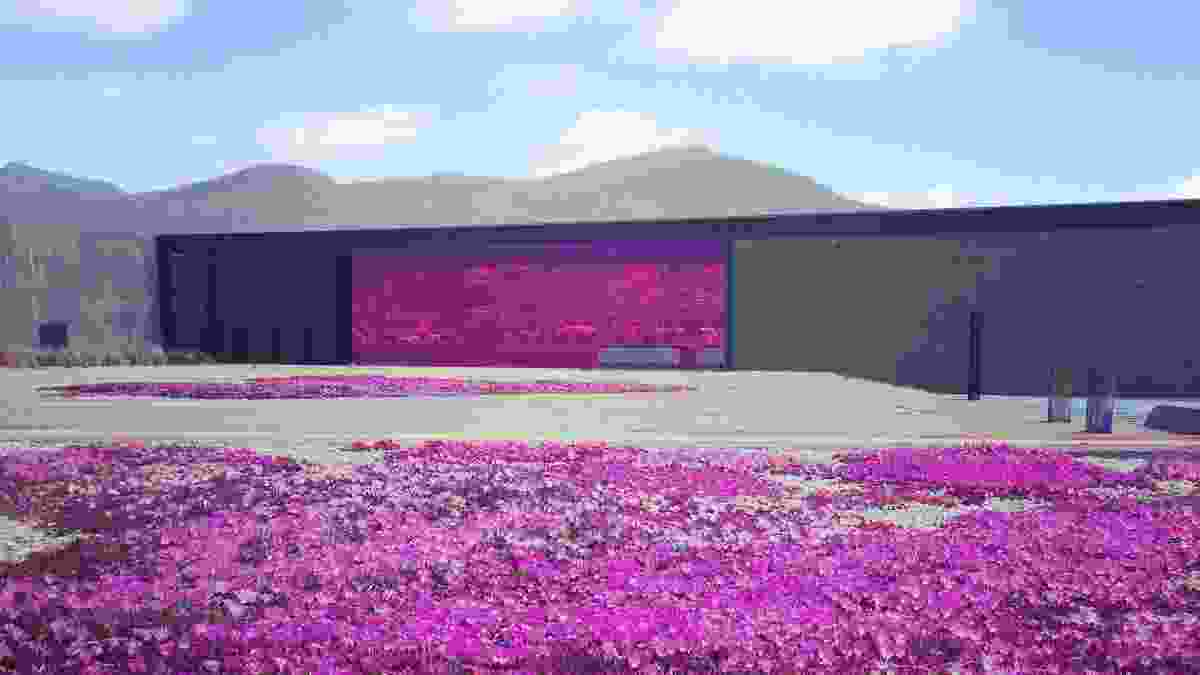 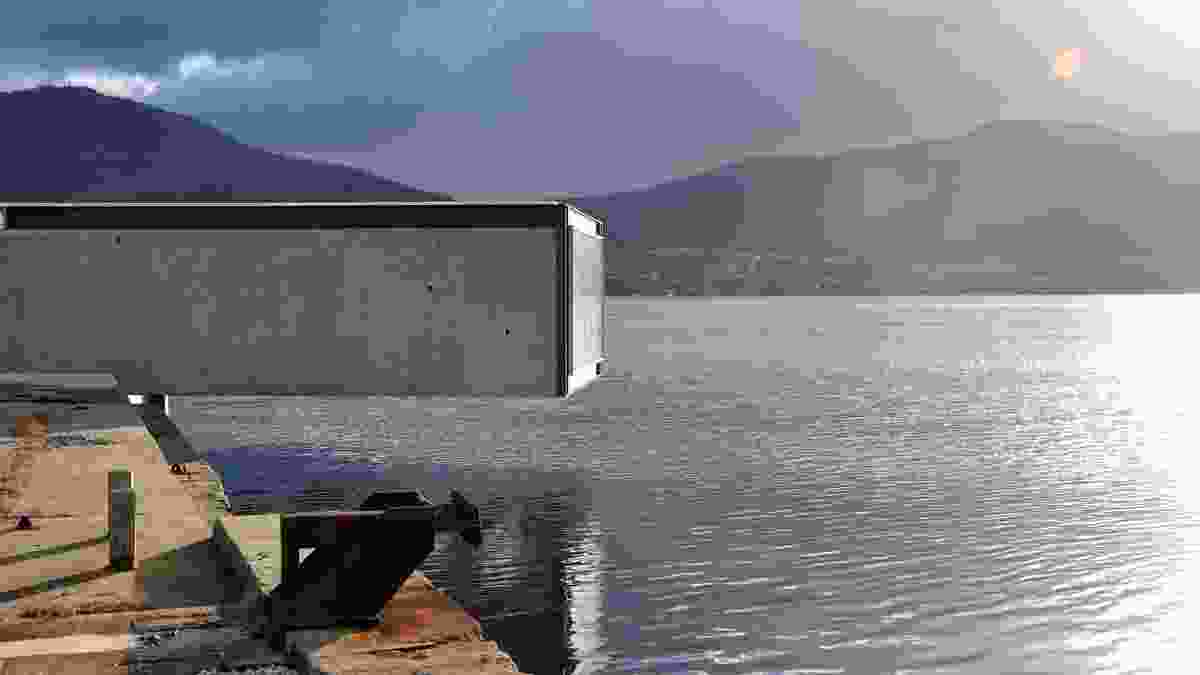 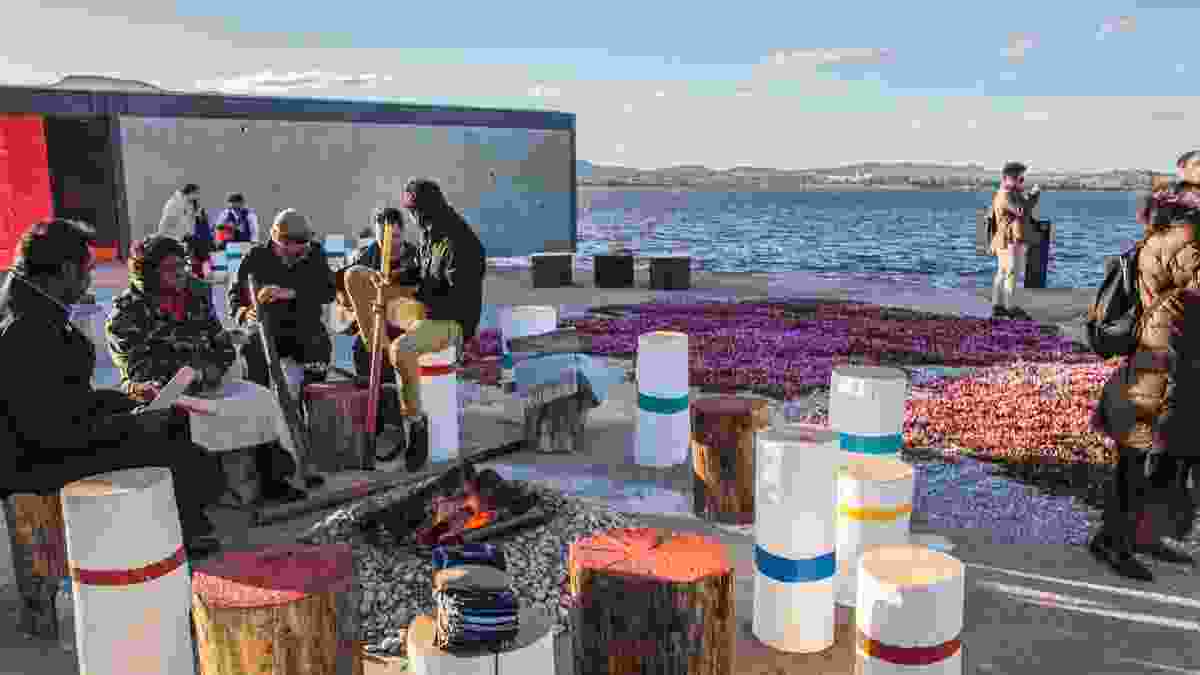