The One Sydney Park site in Alexandria.

Four architectural teams have been invited to submit designs for a residential development on a former industrial site surrounded by the 44-hectare Sydney Park in the Sydney suburb of Alexandria.

Property developer HPG Australia assembled the competition after securing approval for a stage one masterplan that proposed 400 apartments across eight six-storey buildings on a privately owned site enveloped on three sides by Sydney Park.

HPG managing director Adrian Liu said, “The City of Sydney’s planning department has described this site as ‘potentially one of the most important sites in Sydney.’ As such, we see that engaging some of the world’s most awarded and talented designers is warranted.”

In addition to the 400 apartments, the development will include 1,300 square metres of retail space.

The site of Sydney Park has a significant industrial history of pottery, brick and tile making, which dated back to the early 19th century. It has also been used as a major municipal waste depot until 1976. In 1991, ownership of the site was transferred to South City Council (now City of Sydney after the merger in 2004. The park is now the city’s third-largest public park.

Turf Design Studio, which is among the landscape architecture practices competing for the commission, was responsible for the design of the Sydney Park Water Re-use Project, Sydney’s largest stormwater harvesting and water re-use facility, in collaboration with Environmental Partnership. The project won the Australia Award for Urban Design in the 2016 Australia Urban Design Awards and the Award for Infrastructure at the 2016 National Landscape Architecture Awards.

Other developments around the park include large-scale works on the adjoining Alexandria Landfill site as part of the ongoing Westconnex toll road project. The interchange between the new M5 and M4-M5 links planned for the site is among the largest developments in the Westconnex project. 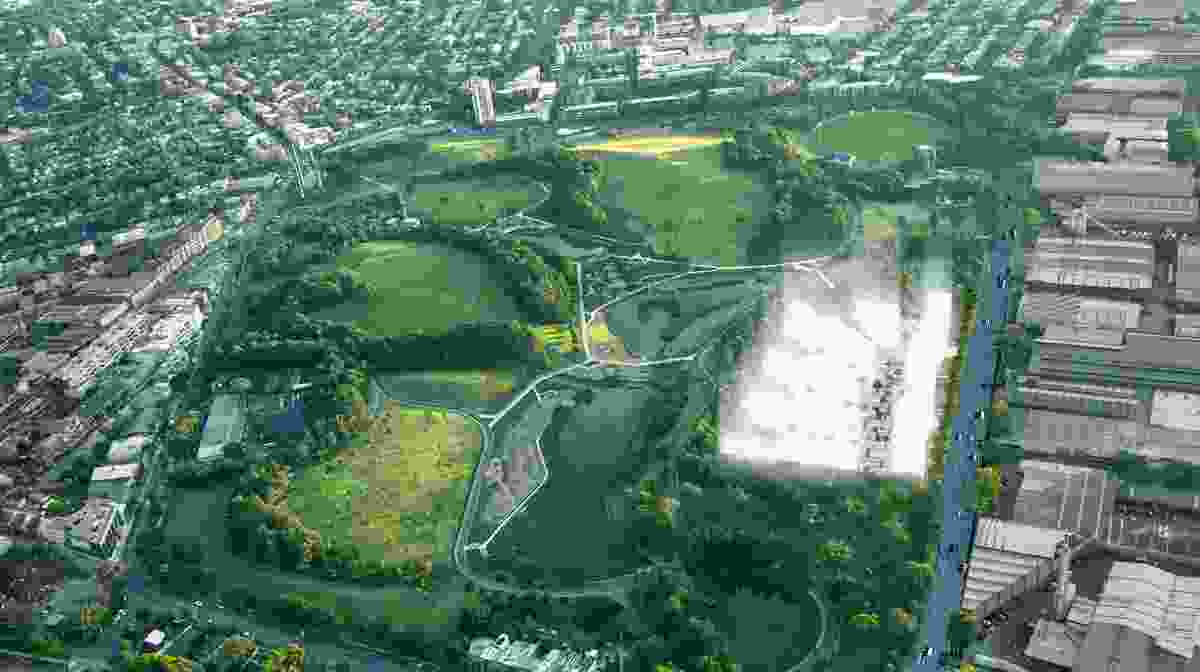 The One Sydney Park site in Alexandria.