Budj Bim’s world heritage listing is an Australian first – what other Indigenous cultural sites could be next?

Ranger Trevor Bramwell on the walk up to the Split Rock art galleries in Cape York’s Quinkan Country in 2017.

The Budj Bim Cultural Landscape in south-west Victoria is the first Indigenous Australian landscape to be gazetted on the World Heritage List purely for its cultural values.

This listing breaks an invisible barrier: even the most iconic Indigenous Australian cultural sites, such as Uluru-Kata Tjuta and Kakadu National Parks, were listed for both natural and cultural values.

Could the Budj Bim listing open the door to other Australian Indigenous sites obtaining a World Heritage listing? Here are five that certainly deserve greater attention.

When considering them it’s important to understand how ancestral beings inhabit living Indigenous landscapes, which they created during the era known as the Dreaming.

Today, these beings continue to live in the land. They are seen by Indigenous people as powerful and intelligent, with the capacity to hurt those who don’t act in the right way. They can be in different places at the same time. And they see everything.

The Dampier Archipelago (including the Burrup Peninsula)

The Dampier Archipelago, 1,550 kilometres north of Perth, has one of the most spectacular rock art landscapes in Australia. The richness and diversity of this art is extraordinary, ranging from small shelters to complexes with thousands of engravings. Some images are similar to those found hundreds of kilometres away in Depuch Island, the Calvert Ranges and Port Hedland, revealing ancient social connections spanning vast distances.

The Ngarda-Ngarlie people believe this area of land was created by the ancestral beings Ngkurr, Bardi and Gardi, who left their marks in its physical features. For instance, the blood of creative beings turned into stains that are now the Marntawarrura, or “black hills”.

The Brewarrina fishtraps, located in the Darling River near Brewarrina in New South Wales, are a clear example of Indigenous science. They offer material evidence of the Ngemba people’s advanced knowledge of dry-stone wall technology, river hydrology and fish ecology.

The Ngemba people believe the ancestral being Baiame revealed the innovative design of the traps by throwing his net over the river. With the help of his two sons, Baiame built the fishtraps in the shape of this net.

Nearly half a kilometre long, the fishtraps’ design and complexity is extraordinary. Dry-stone weirs and ponds were designed to take advantage of the specific configuration of the landscape and seasonal changes in river flows. The pond gates are strategically located to trap fish as they migrate both upstream and downstream. For thousands of years, these distinctive traps have been used to catch fresh water fish.

Ngarrabullgan, a sacred and dangerous place in north Queensland, is an important example of congruence between Aboriginal traditions and archaeologically recorded changes in behaviours. Excavations show that Aboriginal people began living on Ngarrabullgan more than 37,000 years ago. They stopped camping there about 600 years ago.

There is no evidence of climate or environmental change at this time. Nor is there evidence of depopulation, which could have caused changes in site use. However, the Djungan people believe that a spiritual being called Eekoo lives on Ngarrabullgan (also known as Mt Mulligan). He can cause sickness by throwing stones, hooks or pieces of wood into a person’s body. This does not leave a mark.

Djungan people avoid going near the top of Ngarrabullgan where Eekoo lives to avoid disturbing him. They attribute any sickness when on the mountain to Eekoo.

The distinctive feature of Quinkan Country in the Cape York Peninsula in North Queensland is the richness, size and density of its Aboriginal paintings and engravings. This country is best known for its depictions of Quinkan spirit beings, tall, slender Timaras and fat-bodied Imjims (or Anurra).

The rock art of Quinkan Country provides insights into Aboriginal occupation of the north-east region of Australia. The cultural traditions, laws, and stories told there were developed over at least 37,000 years.

The Western Tasmania Aboriginal Cultural Landscape provides evidence of a specialised and more sedentary way of life based on seals, shellfish and land mammals. This unusual Aboriginal way of life began around 2,000 years ago. It continued until the 1830s.

Shell middens in this landscape do not contain the remains of bony fish. However, they do contain “hut depressions”. Sometimes, these are formed into the shape of villages. Circular pits in cobble beaches are near some of these depressions. It is likely that they are hides that were used when hunting seals.

These places already appear on our national heritage list. There is a plethora of other important ones, both on and off the list, including Mutawintji National Park, Gundabooka National Park and State Conservation area, and Koonalda Cave, on the Nullarbor Plain.

But Aboriginal owners and custodians must be the decision-makers when it comes to proposing a World Heritage listing. They have an inherited right to benefit from a listing – and they hold cultural responsibility for the consequences of it. Protecting these living landscapes is their responsibility. Increased tourist activity could be a new source of income for them but it could also place cultural landscapes at risk.

Budj Bim’s world heritage listing is an Australian first – what other Indigenous cultural sites could be next? 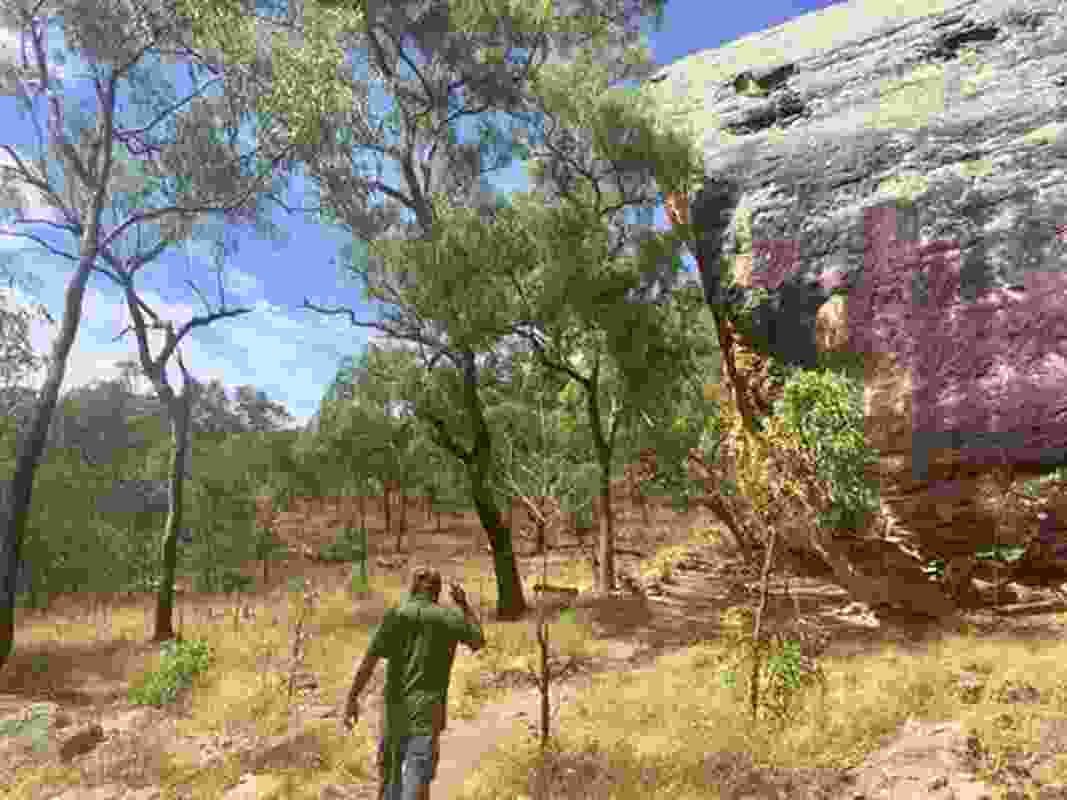 Ranger Trevor Bramwell on the walk up to the Split Rock art galleries in Cape York’s Quinkan Country in 2017. 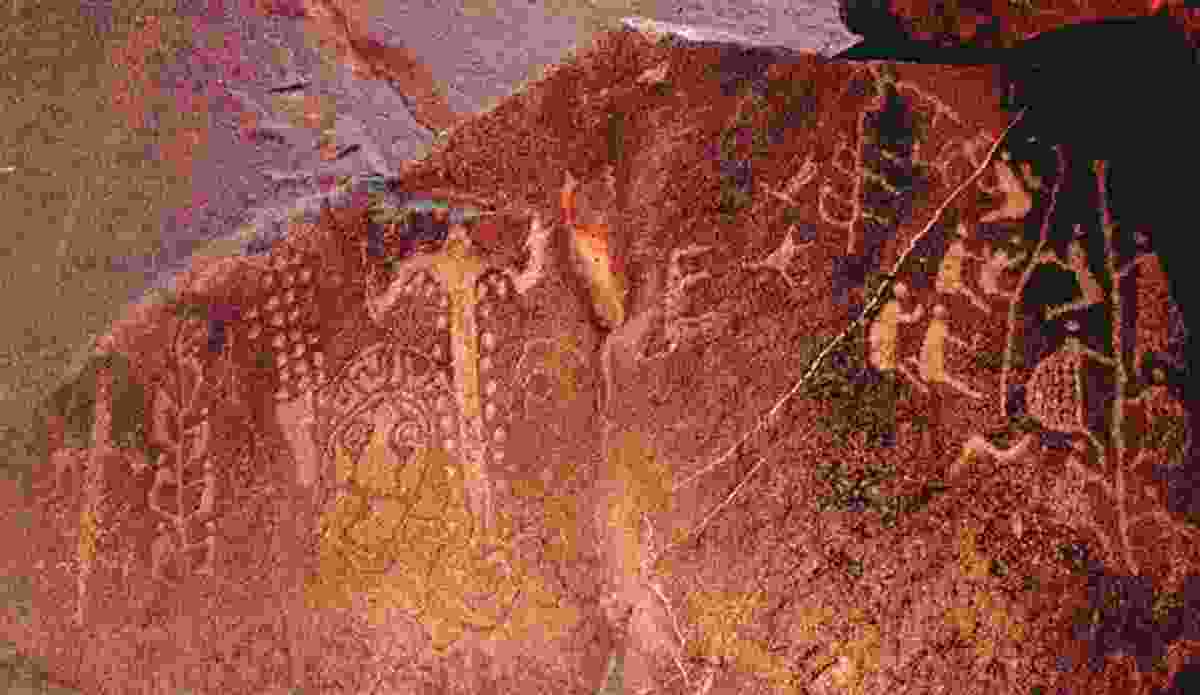 Ancient Aboriginal rock art found amongst thousands of drawings and carvings near the Burrup Peninsula in Western Australia. 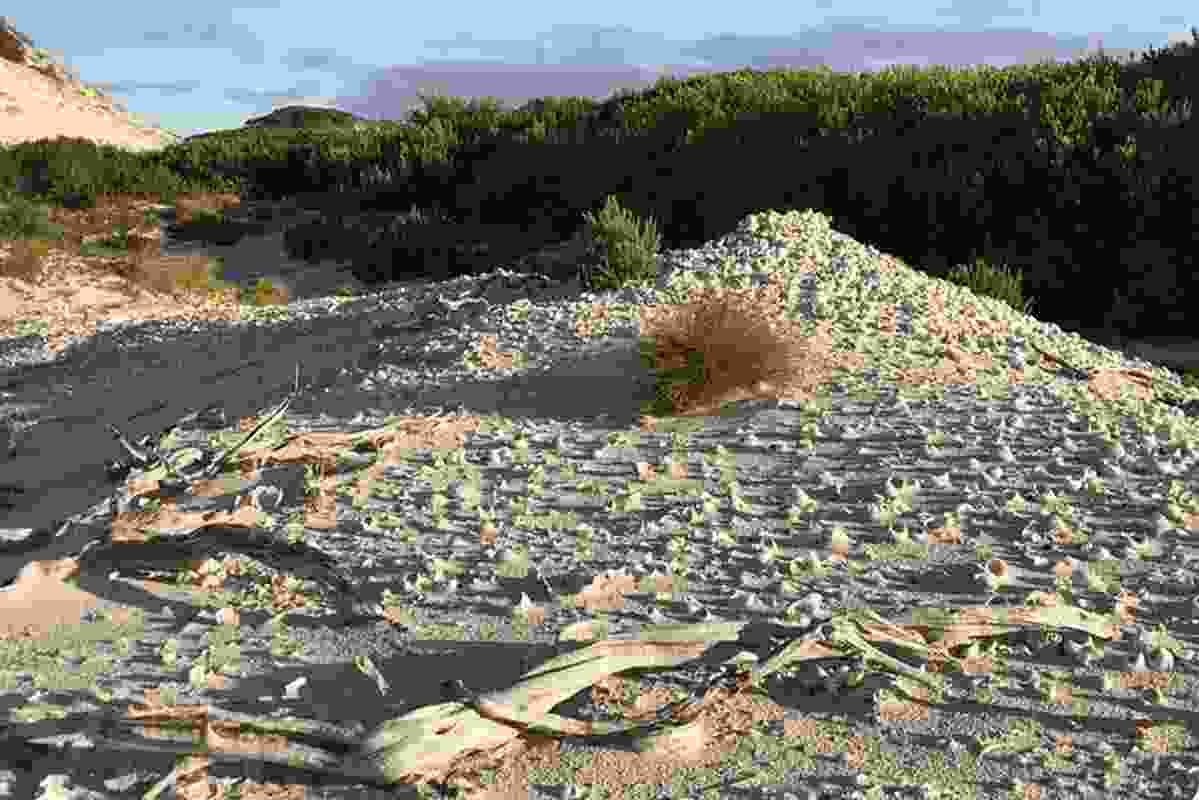 A shell midden in Tasmania. 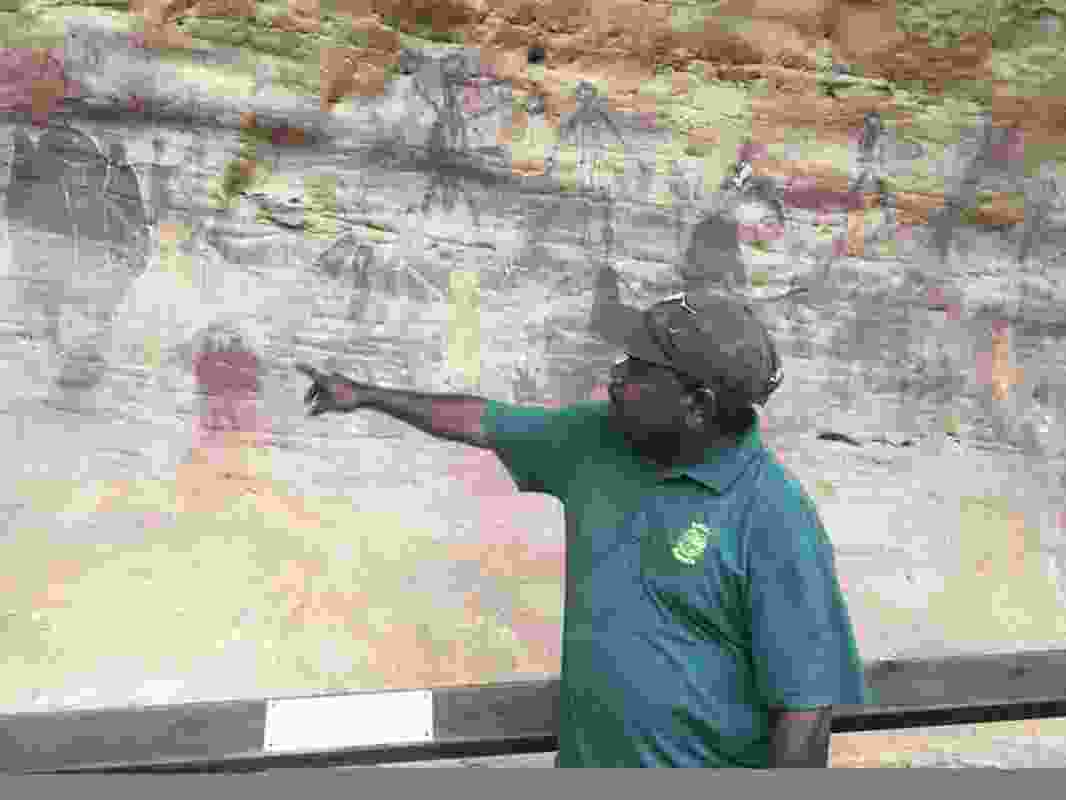 Ranger Trevor Bramwell points to rock paintings at Split Rock near the Cape York town of Laura in 2017, in the land known as Quinkan Country. 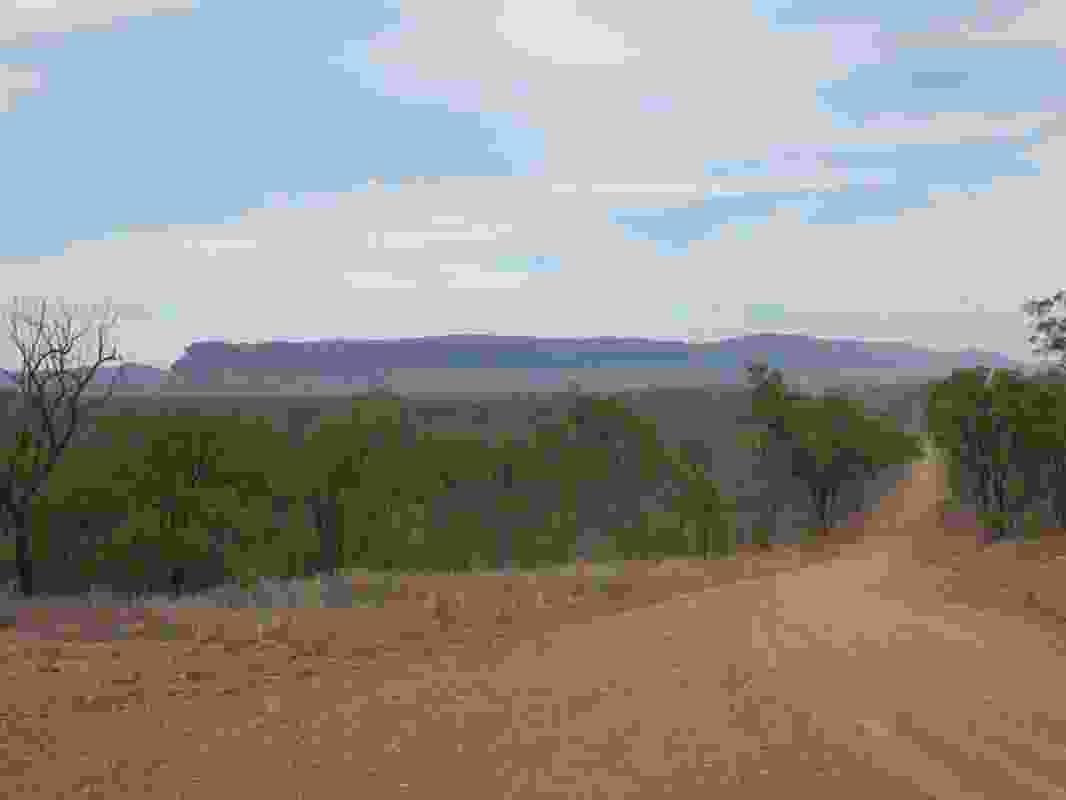 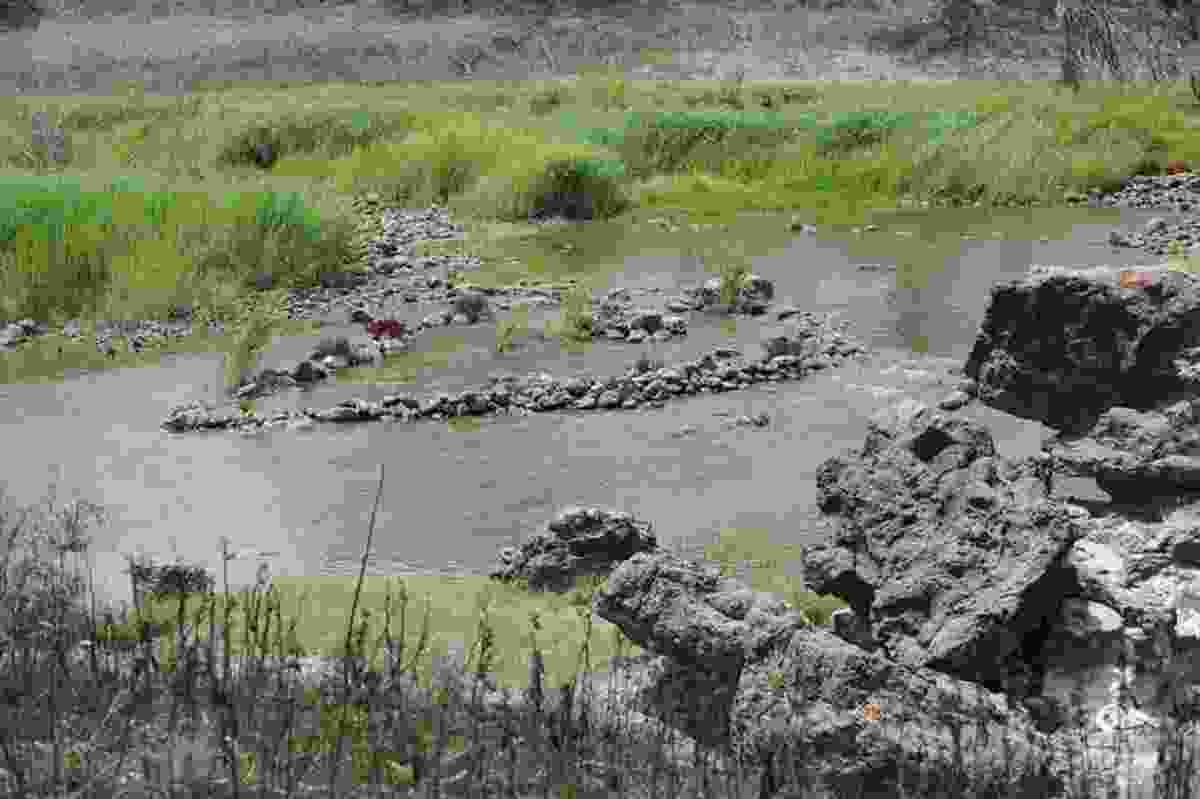 The fish traps at Brewarrina photographed in 2008.