For Australia to meet its obligations under the Paris Agreement, the pace of renewable energy development will have to pick up considerably, with much of it likely to be met by wind. But windfarms are still a divisive issue for many communities due to their visual impact on pastoral landscapes.

Windfarms are typically located in areas with consistently high winds, proximity to existing energy infrastructure and availability of accessible land.

In recent years there has been considerable debate about the shift to renewables in the context of diminishing resources and the spectre of climate change. In Australia, one of the most prominent and ongoing debates surrounds the development of windfarms in regional areas and their visual impact on the character and values of pastoral landscapes.

In 2009 there was bipartisan agreement that the country needed to act quickly on climate change. The Gillard Government proposed a price on emissions (the carbon tax) and the Mandatory Renewable Energy Target (MRET) increased from the 2001 Howard Government target of 9,500 gigawatt hours (GWh) by 2010 to 45,000 GWh by 2020. Government incentives to meet this target led to a surge in the planning for windfarm projects by local and international windfarm developers, with the prospected investment of billions of dollars into renewable energy infrastructure.

Politicians from all spectrums linked the shift to renewables to climate change and wind turbines in particular became a symbol of sustainable energy production. When the political pendulum swung to the right, the science of climate change was continually being questioned and as a concept it was rendered more of a left ideology than a scientific reality. Consequently, windfarms evolved into a symbol of the climate change movement to be derided by climate change sceptics when arguing against the need for action on climate change. The Abbott Government reduced the MRET target to 33,000 GWh and investment in renewable projects stalled.

Openly anti-windfarm rhetoric by federal and state politicians became an informal government position – most notably, former treasurer Joe Hockey referring to the Capital Wind Farm on the shore of Lake George as “utterly offensive.” This view has been echoed by anti-windfarm groups such as the Waubra Foundation and the Landscape Guardians. There are numerous articles referring to these lobbyists as “astroturf” groups (fake grassroots groups) and alleging links between them and the fossil fuel industry. These lobbyists move quickly into areas where windfarms are proposed and organize community meetings raising concern about the health impacts of infrasound, issues with noise and the negative impact on land values.

In 2015 the National Health and Medical Research Council published a statement titled “Evidence on Wind Farms and Human Health.” One of the key findings concluded: “After careful consideration and deliberation of the body of evidence, NHMRC concludes that there is currently no consistent evidence that wind farms cause adverse health effects in humans.” With no evidence to support claims of health issues associated with infrasound created by wind turbines, the focus turned squarely onto the issue of visual impact.

There is no doubt that wind turbines, when introduced into a natural or pastoral setting, can alter the character of a landscape. They are tall (up to 165 metres), kinetic, most often white, modern structures and for the purpose of efficiency they are generally located on ridgelines, where they are best able to capture the wind. Windfarms are typically located in areas with consistently high winds, proximity to existing energy infrastructure and availability of accessible land with owners open to windfarm development on their property. In New South Wales the prime windfarm development areas exist on the western slopes of the Great Dividing Range, around Goulburn in the Southern Tablelands, Mudgee in the Central West and Glen Innes in the Northern Tablelands.

Windfarms are now subject to greater scrutiny than any other form of development, especially when considering the impact on the individual.

For landowners, accommodating windfarms on their property can be an attractive prospect with returns of up to $10,000 per annum for each turbine. Generally, the host agreements also involv e maintenance of farm roads, gates and bridges on the host’s property. With some landowners hosting upwards of twenty turbines, this amounts to a considerable buffer against the unpredictable ups and downs of the agricultural economy. This income for hosts is often at the centre of issues within rural communities, as those hosting the turbines reap the benefits while adjoining neighbours can feel that they are being equally impacted without receiving any benefit.

Recent planning controls for windfarms in New South Wales have directed focus onto the potential impact on individual landowners, particularly those within a three-kilometre radius of proposed turbines. In October 2015 the federal government appointed a National Wind Farm Commissioner to respond to the complaints of individual residents and communities. As a result, windfarms are now subject to greater scrutiny than any other form of development, especially when considering the impact on the individual.

For those working in the field of landscape and visual impact assessment (LVIA), the majority of whom are landscape architects, the focus on impact on the individual creates challenges as it is a shift away from an established quantitative process of assessment toward a review of the subjective opinion of the individual. Both in Australia and internationally the focus of LVIA and its accepted principles are, and should be, firmly based around the assessment of impact upon an existing landscape character and its values when viewed primarily from the public domain.

For individuals, the issues surrounding visual impact are often related to the cultural values associated with rural landscapes and the romantic link to cultural identity. Windfarms are a relative newcomer in the Australian landscape and the concept of introducing large modern elements into this pastoral setting clashes with this romantic association. Whether it is the symbolism of the turbines or their scale and modern character, the policy constraints surrounding visual impact reflect a notion that they are more of a threat to landscape character than the introduction of other, more traditional land uses, such as mining.

The reality from a land-use perspective is that much of the rural land where windfarms are proposed is highly modified and in many instances highly degraded through generations of land clearing and intensive farming practices. With the weight of scientific evidence pointing toward a significantly more volatile climate in the near future, the broader long-term view is that climate change may pose more of a permanent threat to the character of these landscapes than the installation of windfarms.

There are many arguments for locating energy infrastructure in regional areas. Wind generation requires space and a reliable supply of wind. Turbines can be installed with very little impact to the ground plane; they are fully recyclable and have a useful lifespan of about twenty- five years. Farms can maintain normal operations when hosting windfarms, with sheep and cattle able to graze among the arrays. There is also considerable loss of voltage when moving power at great distances along transmission lines. As most traditional coal-fired stations require an abundant supply of water, they are located near the coast, so locating sources of generation close to the fringe-of-grid and network-constrained areas reduces losses and provides more reliability, particularly when combined with storage.

The other main alternatives for energy generation in regional areas include hydro, solar and gas. Large-scale solar plants have been constructed in Nyngan, Moree, Royalla and Broken Hill. The 102 MW Nyngan solar plant at its peak can produce enough energy to power 33,000 homes; however, the supply is intermittent and only during daylight hours. Until reliable storage is developed both solar and wind are unable to provide consistent baseload power.

In New South Wales there is intense lobbying in support of the development of coal seam gas (CSG); however, in a typical case of politics making for strange bedfellows, farming communities and conservation groups have come together over concerns surrounding the long-term effects on groundwater, the impact on prime agricultural land and the destruction of key habitat areas, particularly around the food bowl of the Liverpool Plains and the Great Artesian Basin. The arrangement where a lease can be granted for mining underneath private land combined with recently amended laws that allowed exploration companies unfettered access onto private land also angered rural communities and led to the successful grassroots campaign “Lock the Gate.”

Regardless of the politics, the shift toward renewables is happening and primarily in regional areas. There is approximately 20,000 MW of energy generation capacity in New South Wales, of which about 10,700 MW is provided by coal, 4,600 MW by hydro and 2,000 by gas. The remainder is made up by wind, solar, diesel and biomass. Current operating windfarms only provide about 660 MW; however, between the planning and construction phases there is another 3,000 MW to come on line in the next few years (and more still pending approval).1 Considering the current political climate particularly, this is significant investment in renewables, particularly in windfarms, which represent the largest area of energy investment in New South Wales and throughout Australia.

In the context of our rural landscapes, windfarms by nature are large, contrasting and in some cases intrusive in the viewshed. However, when considering how best to utilize our productive landscapes they are by far one of the most pragmatic options for moving toward a sustainable energy future and leading by example in setting a pathway for minimizing the impacts of climate change. 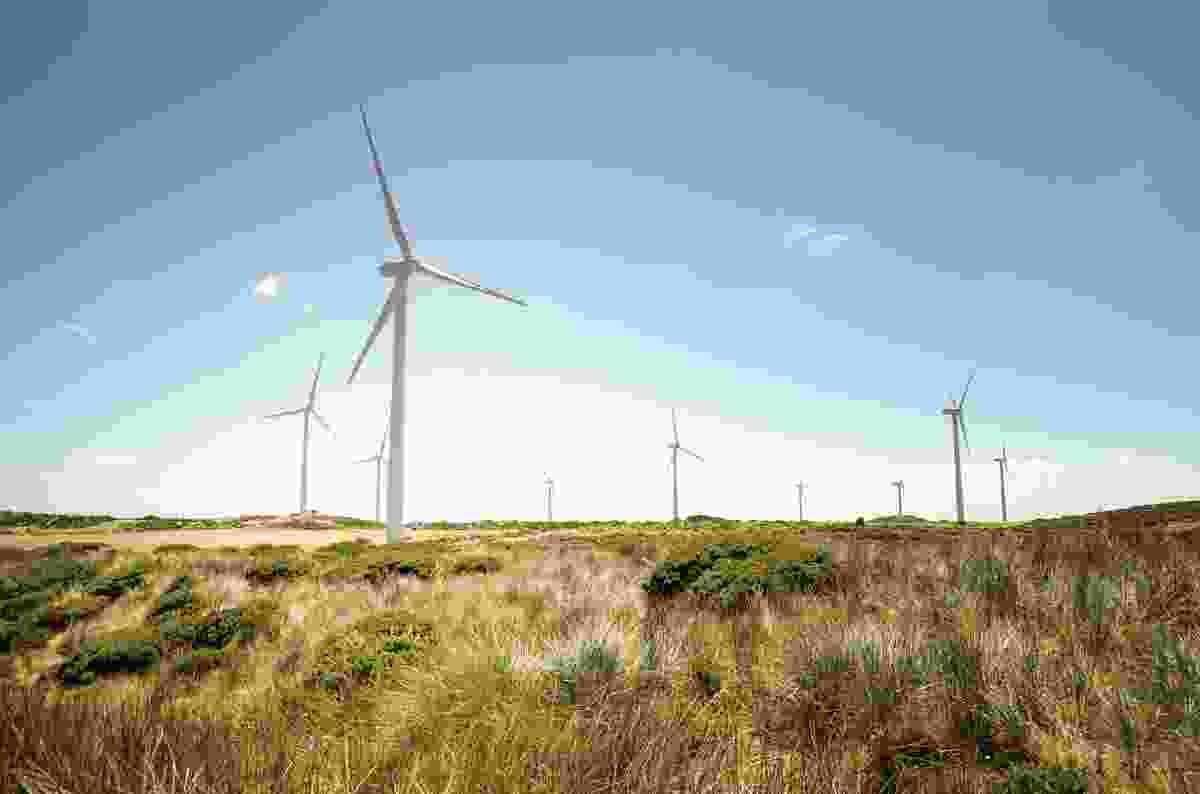 Windfarms are typically located in areas with consistently high winds, proximity to existing energy infrastructure and availability of accessible land. 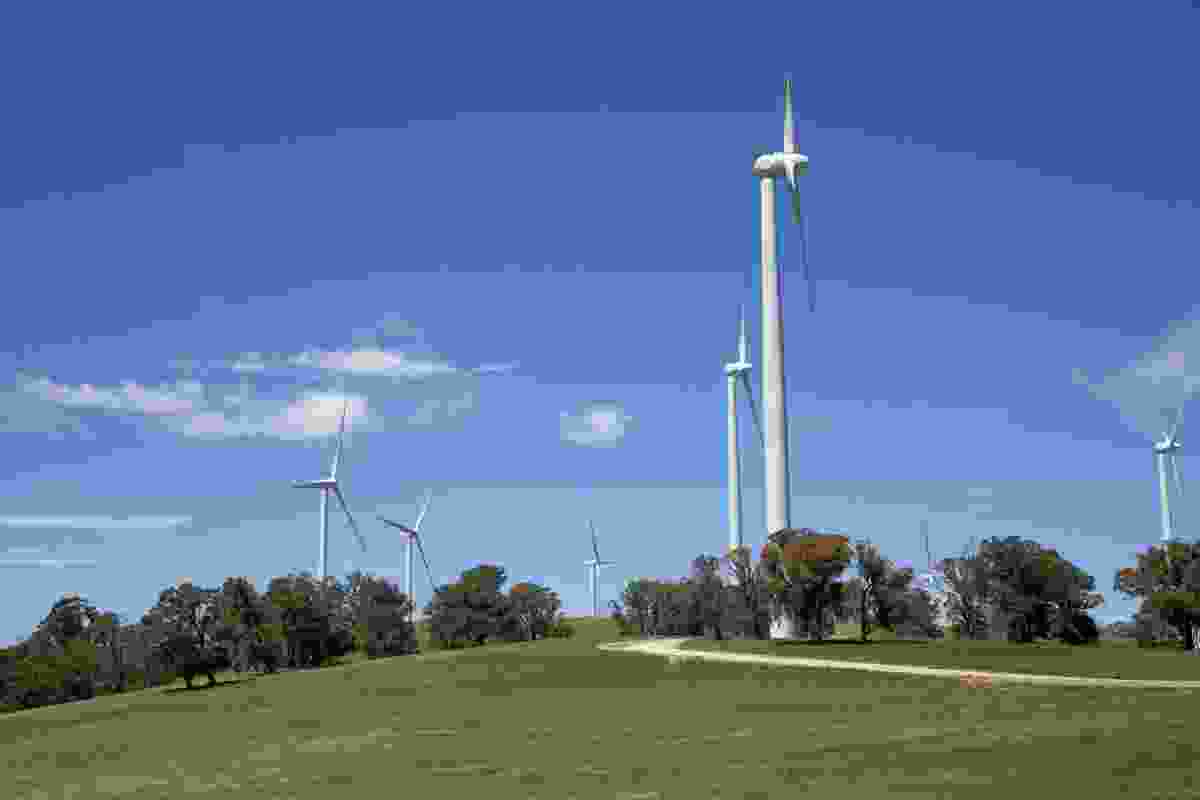 Landscape architects working in the field of landscape and visual impact assessment (LVIA) traditionally use an established quantitative process of assessment in contrast to the recent focus on individual impact.