The Woody Meadow Project is a unique research collaboration between the Universities of Sheffield and Melbourne and the City of Melbourne. It seeks to create urban plantings that are diverse and attractive yet require minimal maintenance.

The Woody Meadow’s structure and character is defined by three layers: base, bump and emergent.

Research used to create the Olympic Park meadow in London is now informing research here in Australia. The Woody Meadow Project is pioneered by Dr Audrey Gerber and Professor James Hitchmough at the University of Sheffield in England and is now a joint research project with the University of Melbourne and the City of Melbourne. It is headed by John Rayner and Dr Claire Farrell from the university’s School of the Ecosystem and Forest Sciences, along with research assistant Leanne Hanrahan and Master of Urban Horticulture student Ahmed Ashraf. The Melbourne-based project is also being supported by the Royal Botanic Gardens Victoria and the Trawalla Foundation.

The Woody Meadow research project has been developed in the context of other innovative City of Melbourne initiatives, such as the 2013 Wild Flower Meadow at Birrarung Marr, the 2014 Melbourne BioBlitz citizen science program and the 2016 Draft Urban Ecology and Biodiversity Strategy, which understands the city as an ecosystem, seeking to connect people to nature, protect and enhance healthy ecosystems and biodiversity, and demonstrate local and global leadership.

In 1993, after working in Australia for ten years, Hitchmough returned to the UK and alongside Gerber, evaluated and ranked 1,200 Australian shrubs for their suitability for woody meadow plantings. With input from Australian researchers, a shortlist of 287 species was developed in consideration of their cultivation and likely responses to coppicing, response to stresses like drought, and exposure to extreme temperatures and wind. The woody meadows are essentially atypical shrub plantings that focus on high ornamental value; multi-species floriferous shrubs that are long-flowering and designed biologically to sprout again after the canopy has been removed (a plant category known as post-fire re-sprouters). “They can regrow from basal buds after disturbances such as herbivory or fire,”1 says Rayner. The local meadow designs have been modelled on natural heathland plant communities found across southern Australia.

Hitchmough’s planting design research seeks to “address the conundrum of how it is possible to create contemporary urban planting that is taxonomically and spatially complex, highly attractive … yet manageable at low resource levels with limited maintenance skill levels.” He suggests that “research will always be at the forefront when developing new approaches … because practice rarely involves what ifs,” and sees the role of his research as simplifying the process for practitioners as much as possible.2

Coppicing experiments were undertaken at the Royal Botanic Gardens in Cranbourne back in September 2015, with further plot testing at Burnley and Cranbourne in October 2015. Still in an early establishment phase, the two-hundred-square-metre plot – along one of Birrarung Marr’s main paths toward Melbourne’s sports precinct – combines with other experimental plots on the Capital City Trail near Royal Park Public Golf Course, planted in September 2016. The test beds include almost four thousand plants from twenty-one different species.

The urban meadows are designed to be resilient display beds; visually interesting landscapes that require little ongoing maintenance beyond their establishment. “The coppicing treatment means the team will need to visit the garden plot every few years to prune the plants back to almost ground level. This regenerates the vegetation and ensures that large numbers of new flowering shoots are produced, creating a beautiful, meadow-like appearance.”3

Seen as self-gardening gardens, these constructed landscapes are intended to improve Melbourne’s liveability. They are intended to become destinations in their own right for local and international tourists, and enhance the everyday experience of workers and residents on their diurnal walk or cycling commute.

Rayner suggests that a key challenge is how little we know “about the ability of plants to thrive in designed and mixed plant communities … how they will respond to coppicing and how their growth might be affected by strongly modified soils, hydrology and microclimates.”4 Another challenge may be gauging the public’s response to the woody meadow after coppicing, educating the cultured eye to the expression of Australian landscape processes.

It is anticipated that future applications of this research may be used for derelict urban and suburban sites, and for rural plantings including freeway verges, where it can be difficult to install and maintain more ornamental plantings. It may also be used for applications overseas in comparable near-Mediterranean climates, including South Africa, California, Chile and the Mediterranean Basin. Currently the University of Sheffield is in discussions with universities in Cape Town, to be followed by discussions with universities in California and southern Europe. Hitchmough is also undertaking research in China, to develop native herbaceous plants as urban-designed plant communities.5

Humans have modified landscapes since prehistory but it is only more recently that we have become obsessed by landscape’s life cycle costs from asset construction, maintenance to renewal. Yet the value of landscapes, if they are designed well, far outweighs their costs. In the context of architecture, “owning and operating an office building over 30 years, [means the] operation costs [will] exceed construction costs by a factor of five.”6

In 2006 the Millennium Ecosystem Assessment described ecosystem services as “the benefits people obtain from ecosystems,”7 defined by four services categories that correlate to human wellbeing: supporting, provisioning, regulating and cultural services. Ecosystem services have, however, been criticized for being anthropocentric and placing too much emphasis on the economic value of landscapes. It is in this context that the City of Melbourne is seeking to increase the attractiveness and biodiversity of urban landscapes without the exorbitant labour and resource costs typically required by display plantings.

The Woody Meadow Project seeks to better connect people to their environment while testing both economic and less tangible benefits. It is through the project’s understanding of the interdependency of social and natural systems that it may instead go by the moniker of a high-performance landscape. But in the epoch of the Anthropocene, the next approach may need to be altogether non-anthropocentric. 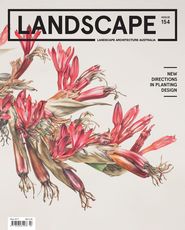 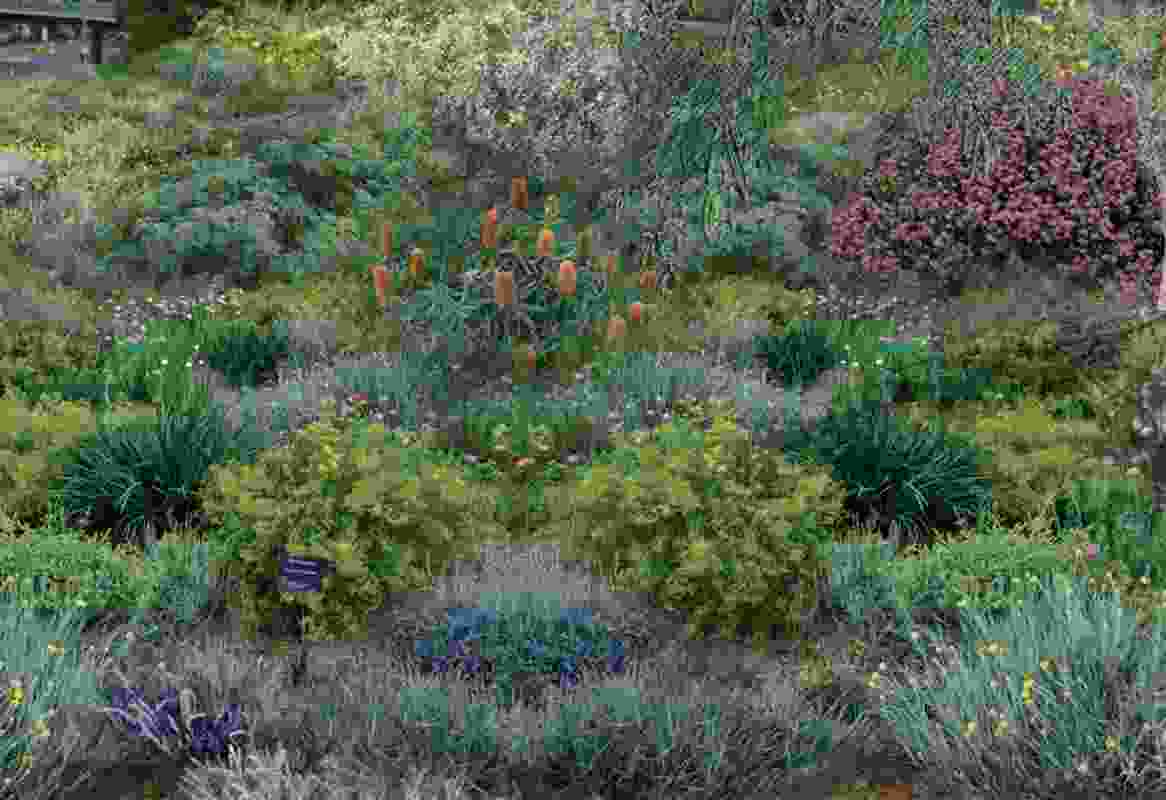 The Woody Meadow’s structure and character is defined by three layers: base, bump and emergent.