Brisbane City Council has revealed a “draft vision” for Victoria Park, a planned new public park to be built on an existing golf course north of the CBD.

The document, which is out for public consultation, follows the publication of five speculative designs for what the park could look like by five local design practices in September 2019. Those designs, by Conrad Gargett, Urbis, Lat27, Place Design Group and Tract, were used to start a discussion with the public which, in turn, informed the draft vision. 5,400 ideas were submitted by the public.

The park, touted as being “more than double” the size of the City Botanic Gardens, will become the largest public open space in Brisbane.

A focus of the eventual design, Lord Mayor Adrian Schrinner writes in the foreword to the draft vision, will be “bringing nature back into the city.”

“Much of the site will be revegetated with native species, while the original lagoons and waterways will be reinstated. It also respects the site’s significance to Aboriginal people and celebrates our rich cultural heritage.”

The park will also become home to a number of architectural projects, including a “Cultural Hub,” new community spaces. Facilities spread across the park will include food-producing gardens, sports fields, playgrounds and water parks and a lake.

The park will straddle the inner city bypass, with new pedestrian bridges linking the two halves of the park.

The final Victoria Park Vision will be released later in 2020. 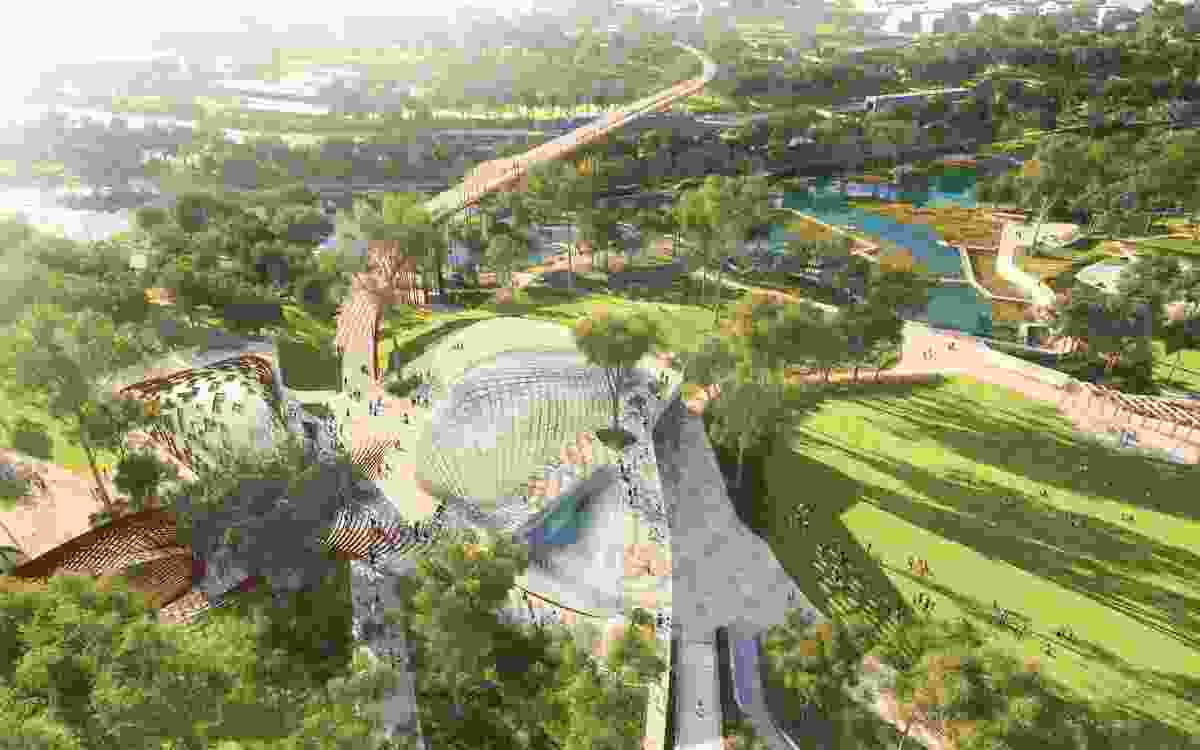