Twin rivers: the renaturalized Aire river in Switzerland runs alongside the existing canal, which has been transformed into a series of linear gardens.

Over the past two years I’ve taken time away from academia to get my hands dirty, and only peripherally kept up with recent projects. I’m only too happy, then, to have the opportunity to review this book on Superpositions’s Aire River project in Switzerland. In 2001 the State of Geneva ran a competition for the restoration of the canalized Aire River. Rather than removing the existing canal, the Superpositions team/Atelier Descombes Rampini, headed by Georges Descombes, proposed a new river that would evolve alongside it – the “double” of the book’s title. With the fourth stage still in progress, it’s a project that continues to unfold. Aire: The River and its Double, conceived by Superpositions, is a quite delightful collection of essays that traverse overlapping perspectives of the project, alongside images and documentation covering the river’s transformation.

The volume is introduced by Descombes himself, setting out the original competition brief, design response and its philosophical grounding. First, to the design of the book and those details that frame the experience for the reader. The textured front cover features the signature motif of the project, those lozenge-shaped islands formed by excavating the channels of the new river, and which represent the mechanism by which the new river grows. The layout of the book reflects the design sensibility of the project in various subtle ways – from the notion of the river and its double, to the project’s attention across scales. Laid out as a sequence of grouped images interspersed with essays (six in total, including Descombes’s piece) the images step us through the project. The initial group orientates us, showing the new river and gardens of the canal in context, as well as construction images. The second grouping of black-and-white user-perspective photos of the canal gardens emphasizes the forms and textures of each linked space of the renewed canal, and provides richness. The third sets out sketches, diagrams, plans and sections, and the final set of images (the most intimate of the volume) captures swirls of water, erosion and sedimentation – the lozenges in operation. Intimate experiential views of the textures of the gardens that line the canal are juxtaposed with more dramatic drone shots of the project that reflect (and mirror) the project’s overlapping scales. While the full sequence provides important reference points for the text, what I do find myself missing is a comprehensive collection of project documentation. Instead what we gain are glimpses of the design process that leave us wanting to know more.

As a collection, the essays act more as a series of meditations on the design and the site than as an authoritative survey, mirroring the image selection. Some are more successful than others – the piece by Jean-Marc Besse might suffer from difficulties in translating his writing style, but the content engages. Together the texts variously touch on the place of memory and the inclusion or erasure of history; the intention to make or to “pilot”; the implications of acting on or acting with; the grasp of scale and time – issues inherent in a renaturalization approach – as well as the geomorphology of the two rivers, old and new.

I have a few favourites.

Descombes, in his introduction, writes lyrically and thoughtfully articulates the design intent in a concise piece. His essay explains the conceptual basis for the design and its expression in a way that should satisfy both theoretical and pragmatic interests. Elissa Rosenberg’s framing of the design through Sergei Eisenstein’s use of montage is neatly elaborated through the project’s “twinning” of the river and the artefact and experience of the canal, converted to gardens. Rosenberg deftly explores the complexity of the conceptual ground of the design and captures in a few pages the cultural role and possibilities of the landscape profession.

Another pick is Gilles A. Tiberghien’s contribution which draws on the land art movement to consider the expression of contemplation and time. And Lorette Coen focuses her otherwise wistful piece on the politics of a project like the Aire, which neatly forms the conclusion of the volume.

The blurb to Aire frames it as “the first book” on a much-lauded project. I hope that future volumes do eventuate because this isn’t the definitive text that it could be. The project has been more than fifteen years in the making and has been covered extensively elsewhere, but I’m still left wanting that comprehensive summation of the river and its details, all in a single volume. This book isn’t that, though it may well be more. In my library, this book rests alongside those by Maya Lin – in that space of inspiration, rather than of documentation and evaluation. While it seems somehow insubstantial, it is also completely engaging. The project, and this text, remind me of what inspired me to study landscape architecture as a second career. I do look forward to the next volume, but in the meantime, this one is just fine. 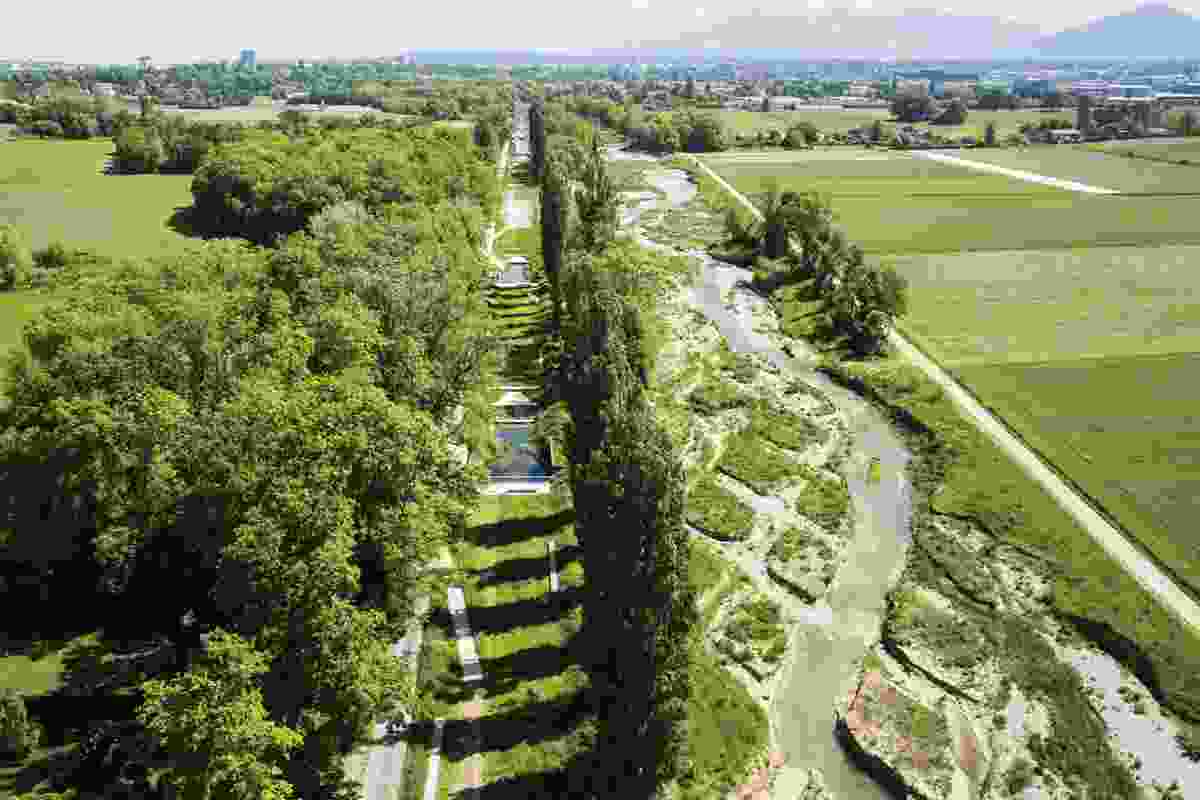 Twin rivers: the renaturalized Aire river in Switzerland runs alongside the existing canal, which has been transformed into a series of linear gardens. 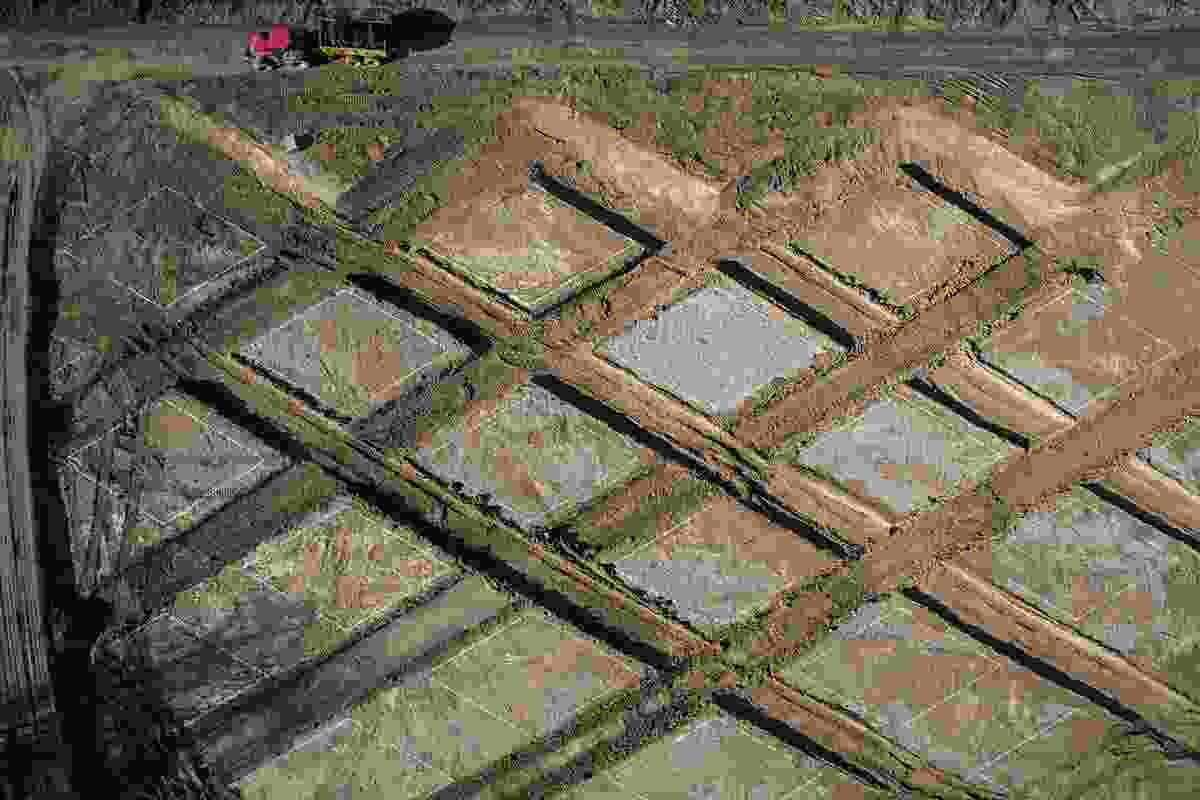 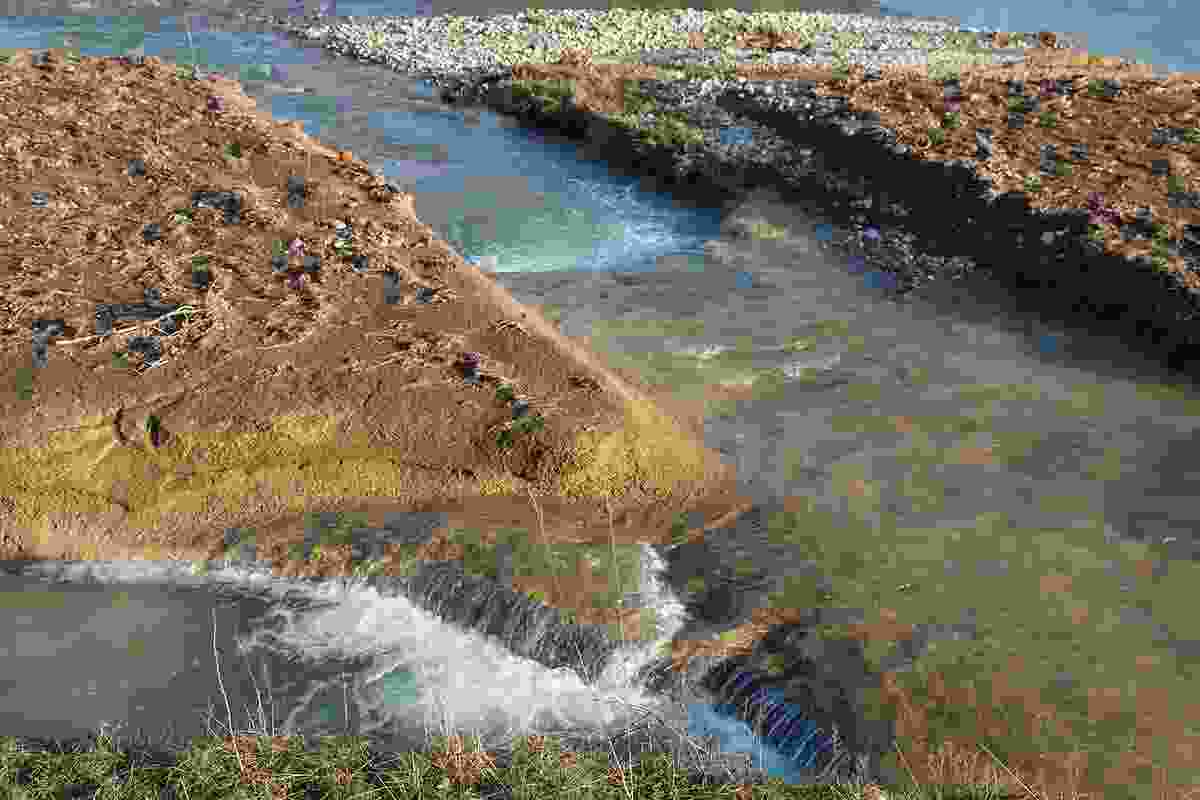 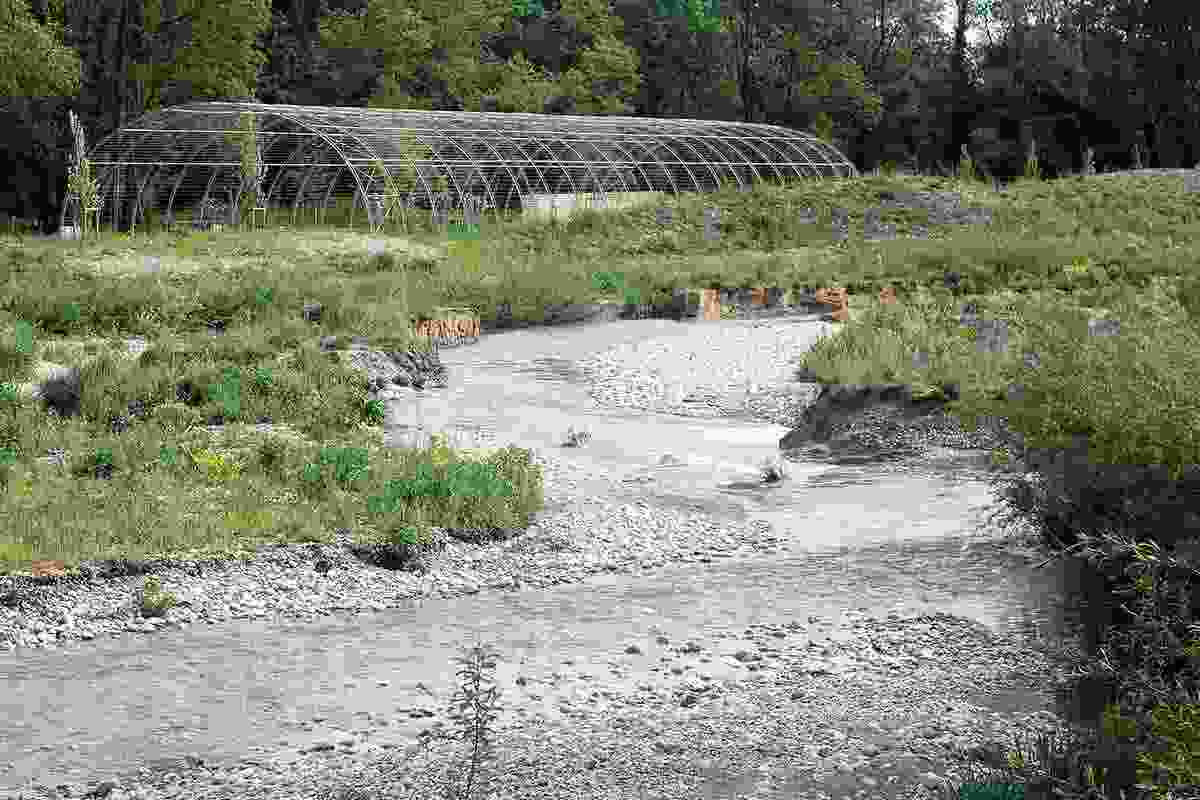