A herd feeds on the post-harvest remains of crops and creates manure that feeds the next cropping cycle during the “adaptive development” phase.

Nomadic Mechanism addresses desertification in Chad, in north-central Africa. Here, the spread of the desert has contracted the water supply and exacerbated conflict between the farmers who need land to cultivate crops and the pastoralists who need land to raise animals. These tensions, and the social and ecological relationships that underpin them, play out across a calendar defined by hydrological systems, cropping schedules, migratory herding and other processes.

This project includes the development of a “strategic atlas” to understand the complexity of these processes. The atlas maps the retreat of Lake Chad over the past several decades and identifies the impact of water scarcity in terms of how the area’s groups relate to each other and to the local landscape. The understanding gained has informed the design of a series of protocols for the Lake Chad Basin Commission.

The protocols structure an ongoing process of negotiation between the region’s two distinct patterns of agriculture and help to coordinate a series of corridors that schedule the intensities of cropping and herding, such that they become mutually beneficial activities and vectors for developing anti-desertification infrastructures. The successive deployment of these infrastructures according to aeolian and migratory cycles allows for the corridors to buffer desertification. 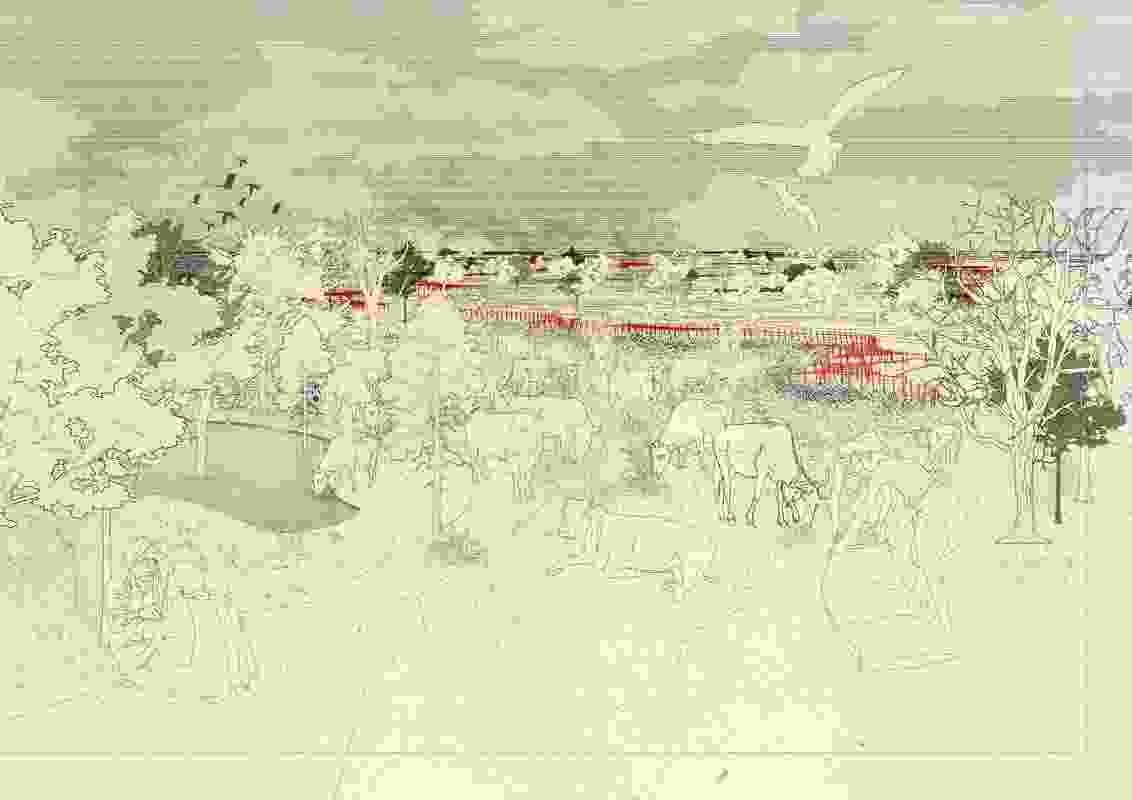 A herd feeds on the post-harvest remains of crops and creates manure that feeds the next cropping cycle during the “adaptive development” phase. 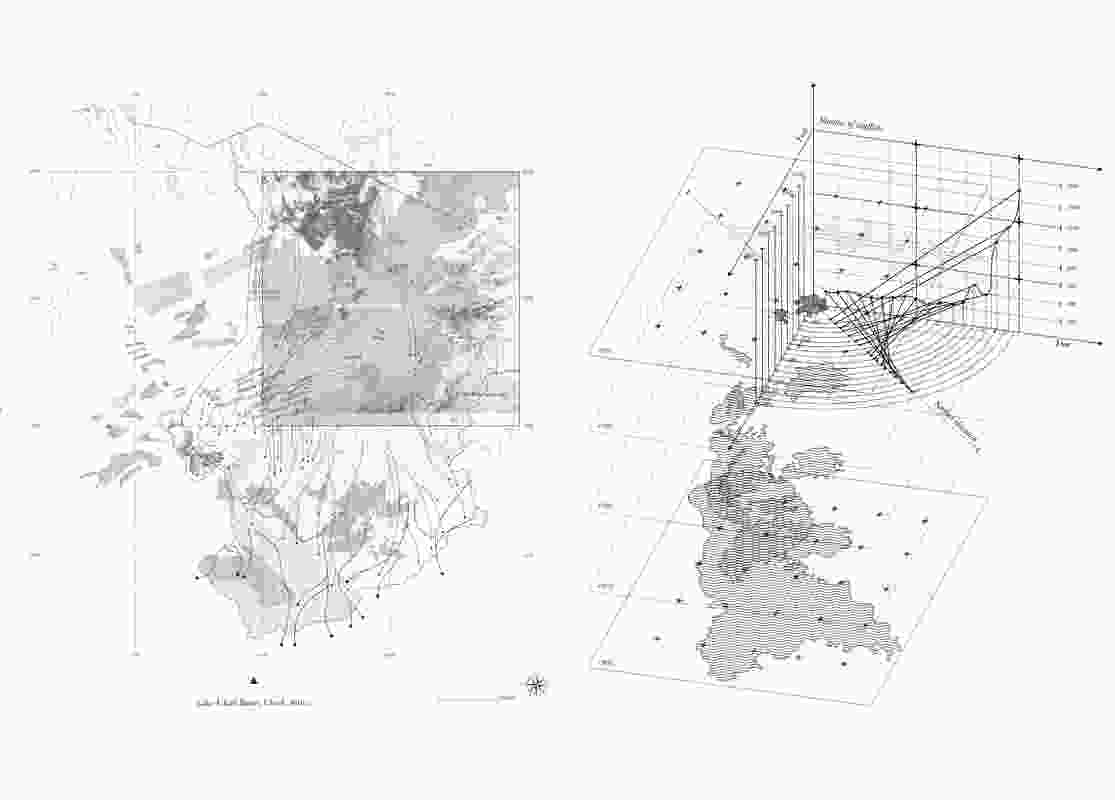 A map of the migratory patterns around Lake Chad showing the shifts between dry and wet seasons alongside the flows of dust from the Bodele depression. 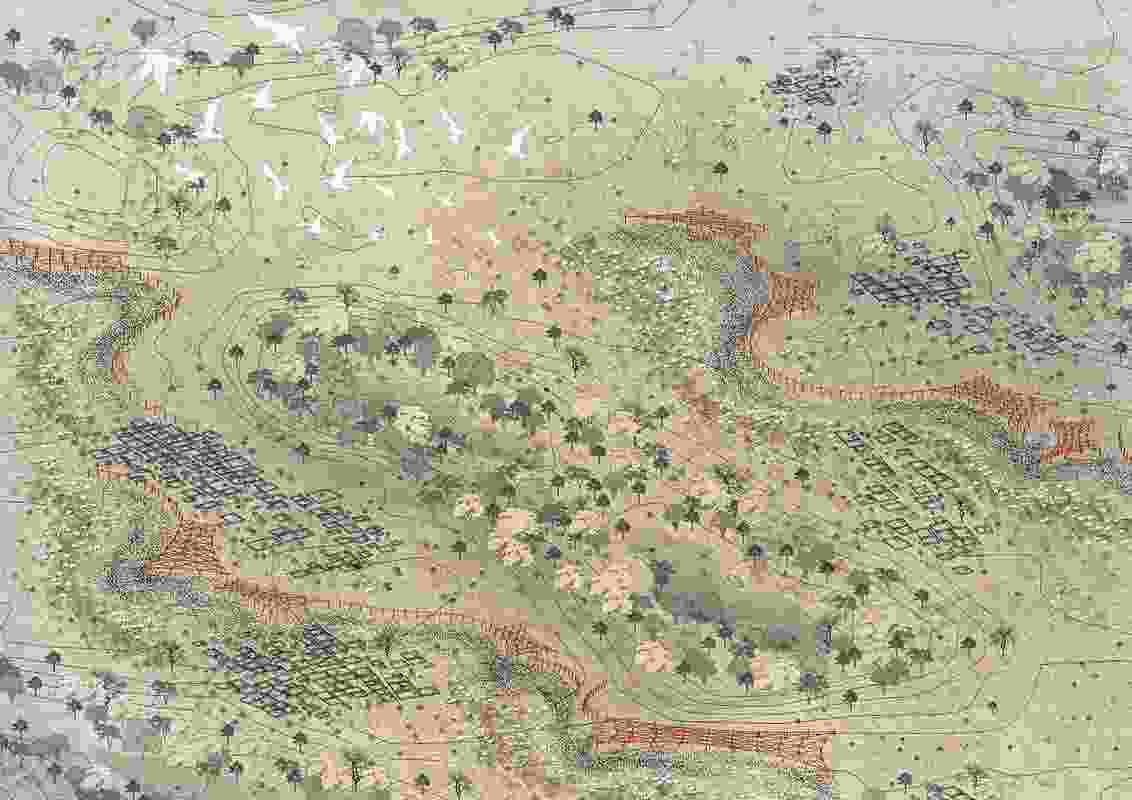 The “adaptive development” phase showing the location of the sand-stabilization infrastructures in relationship to landform, settlements, vegetation and agriculture.