In an image from the early 2000s, children clamber over the inscribed and undulating topography – a practice disallowed by the museum today.

Designed in the late 1990s by Room 4.1.3 (a research and design studio led by Richard Weller and Vladimir Sitta), the Garden of Australian Dreams (GOAD) challenged landscape architectural practice. It looked towards European postmodern influences (openly referencing the visually dynamic designs of architect Daniel Libeskind) and explored the emerging Australian postcolonial identity by asking “who are we today?” The design process experimented with emerging technology and designing in three dimensions. As Richard Weller would often say, the young students assisting him were “jet fighter pilots” in the way they worked the computer programs, pushing boundaries in graphic representation and construction documentation.

The GOAD doesn’t fall clearly into the category of park or square. But neither is it, in the traditional sense, a garden. It could, however, be described as a courtyard, framed by the buildings of the National Museum of Australia (NMA). At first glance, visiting the GOAD today will give you an identical experience to that of its first visitors, when the project was completed in 2001. Phyysically, not much has changed. Lick of paint for lick of paint, the design remains the same.

However, upon closer inspection, it becomes obvious that the museum doesn’t understand what to make of the GOAD. The space functions in a twilight zone between showpiece and landscape. Visitors dutifully explore the design’s undulating surface after reading the interpretive signage placed on the edge of the path. For all intents and purposes, the garden forms part of the museum’s exhibition program, yet its treatment seems to be like that given to a naughty child. Pushed to the edges of the museum’s consciousness, and rarely afforded a second thought, the space is poorly maintained, has never really been loved and has certainly never received any restorative care, by contrast with the institution’s well-cared-for internal galleries.

That the physicality of the GOAD remains essentially unchanged from its original form is somewhat of a miracle. Its inception, two decades ago, thrust into the public psyche questions about what a garden should be. An early review, undertaken in 2003 by the NMA, a mere two years after the project’s opening, recommended altering the garden’s original design without consulting its designers. The ensuing discussion debated the moral rights of landscape architects and the profession more broadly. Landscape architecture, seen by many up until that point as a relatively innocuous profession dealing mainly in weeds and seeds, began to be viewed in a different light.

Yet while the garden’s formal details have persevered, the passing of time has brought other changes to the fore. Some of the most enduring images of the GOAD are of children playing and wading through the ponds, clambering over carefully curated and placed dead trees and running over the concrete. Today, such behaviour is not tolerated by the museum. Engaging with the courtyard while having fun is no longer possible. Visitors to GOAD unquestioningly adhere to numerous “Don’t do x” signs that have miraculously materialized throughout the space. In attempting to guard against harm, the museum has eliminated all sense of adventure and play – as well as the opportunity for people to connect with the garden and its narrative.

Australian identity too has matured over the past twenty years. Writing in 2001, Richard Weller stated:

The “honest register of identity,” as Weller calls it, has sadly, in the GOAD’s case, manifested in the transformation of what was once a discursive intervention into underutilized public space. The museum is now facing a conundrum, where the original cultural intent and storytelling of the design no longer fits into the curatorial framework and programming requirements of contemporary institutions.

The static nature and materiality of the GOAD means it has not been able to respond to our nations’s evolving and maturing attitudes and values. Instead, its physicality captures, in perpetuity, the ideas, beliefs and values that existed at the time of its design – which were, in fact, in themselves, unfinished business. The design of the garden is so firmly set in style, content and material that it can be little more than a snapshot of a time – a provocation that no longer is provocative; another museum artefact. It is a reminder that our national identity continues to be shaped by the nation itself.

So how does Weller envisage the garden’s future? In response to my recent query,
he wrote:

“Even if one does want to change it, it’s a pretty hard thing to change both intellectually and materially. [The garden] is essentially a palimpsest of race relations, so it’s not as if that subject is in any way passé. You could continue to scribble on [the garden’s] surface, or maybe punch through the map in some manner … add some symbolic plants. Completing the interior of the tunnel under the map would be interesting.

Aesthetically, the question is not so much how to redo it, but what have designers in similar situation where meanings are at stake, done after it? More than twenty years ago the GOAD asked how we make aesthetic meaning in our work without recourse to nature or [the concept of] genius loci, and without reliance on the patina and growth of organic materials. Apart from completely avoiding the question, I still don’t think anyone has an answer.”

In 2002, academic Catherine Bull correctly asserted that as a complex landscape embodying land, people and nation, the Garden of Australian Dreams would need to be re-invented or made over at some future time.2 Her final question – “when and how will that reinterpretation happen, and if so, by whom?” – remains pertinent some nineteen years later.

1.Richard Weller, “The National Museum, Canberra, and its Garden of Australian Dreams,” Studies in the History of Gardens & Designed Landscapes, vol 21 no 1, 2001, 6. 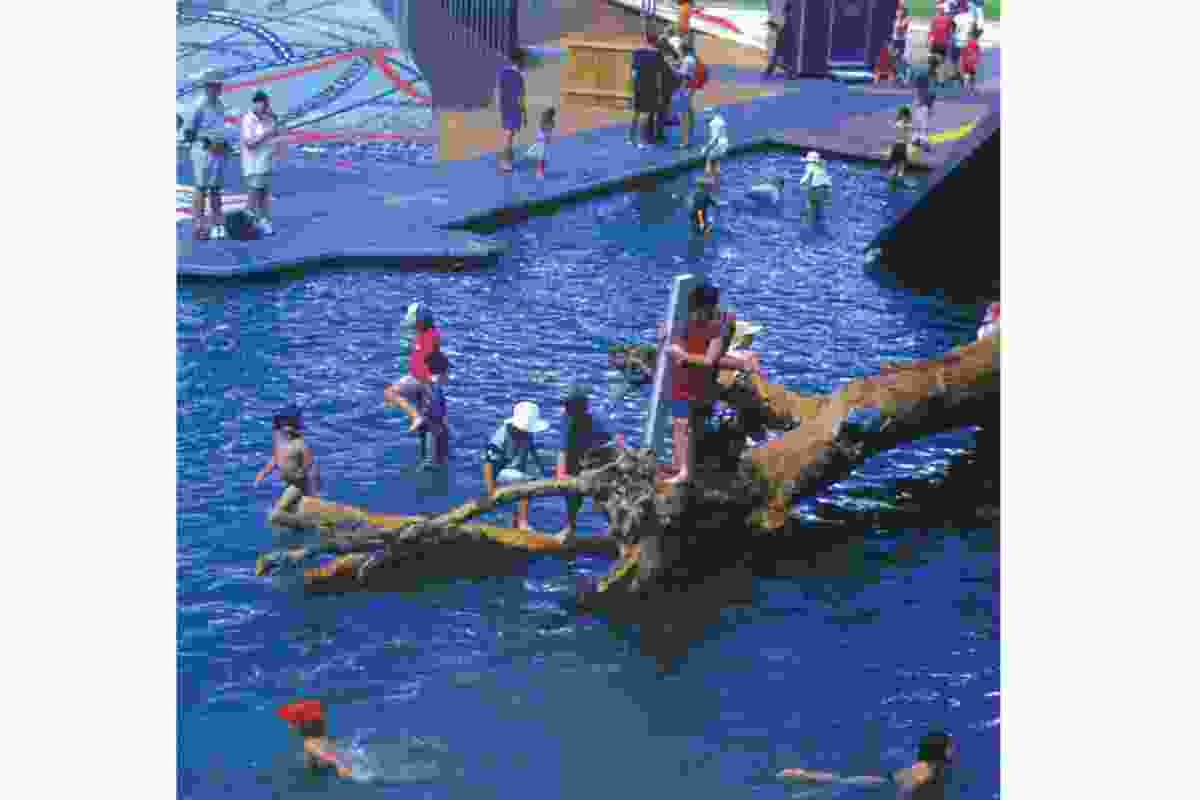 In an image from the early 2000s, children clamber over the inscribed and undulating topography – a practice disallowed by the museum today. 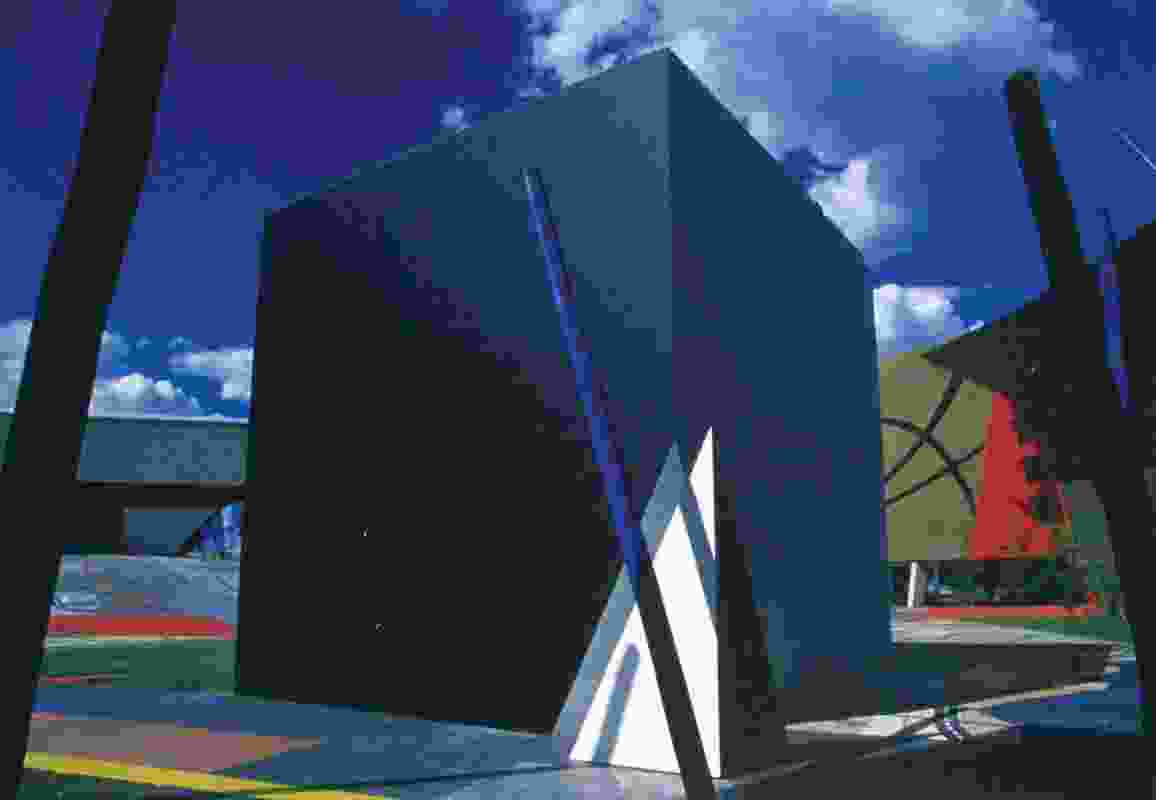 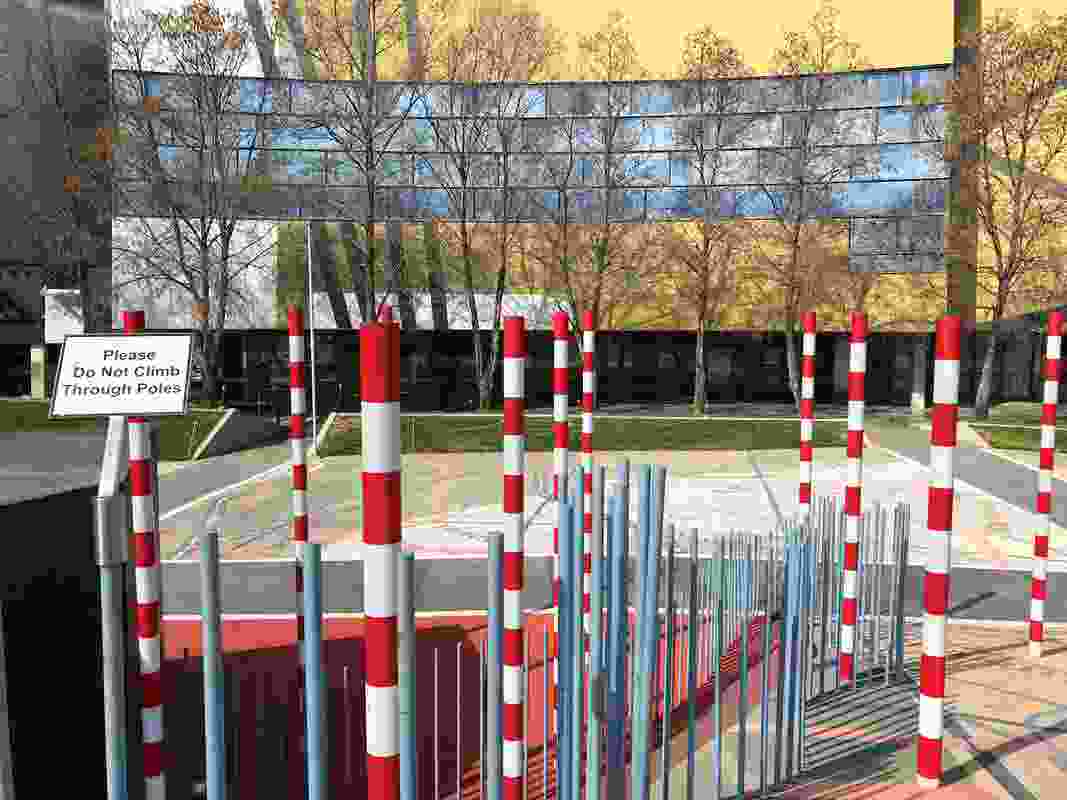 Engaging with the GOAD as a spatial experience is no longer encouraged.