The animal crossing overpass in Banff National Park, part of the Yellowstone to Yukon Conservation Initiative.

Published in 1969, Design with Nature, by Scottish landscape architect and planner Ian McHarg, was a manifesto, a seminal text translated into multiple languages. It is still in print today. McHarg, who was born in Scotland in 1920 and died in 2001, was the founder of the department of landscape architecture at the University of Pennsylvania and a public personality. With shows on American television he was politically well connected, talking to chat show hosts and walking with presidents. Of McHarg’s strengths, his capacity to communicate complex ideas was well-known – and he is often attributed with bringing the word ecology into general use. McHarg and his ideas were a product of late 1960s environmental thinking and, in the words of American practitioner Laurie Olin, “forever changed the field of landscape architecture.”

Design with Nature Now marks the fiftieth anniversary of McHarg’s pivotal text, with the publication following up a 2019 conference and exhibition of the same name that generated substantial critical and constructive discourse. Together, these programs asked: “What might be meant by designing with nature now? How has the ethos of designing with nature evolved over the past half-century? And how might we speculate on the prospects [of designing with nature] over the next fifty years?” The book features projects, reflections, tributes and work from exhibitions that surveyed McHarg’s life, alongside specially commissioned artworks and essays by McHarg’s contemporaries, including James Corner, Anuradha Mathur, Laurie Olin, Anne Whiston Spirn and Alan Berger; and Australian academics Jillian Walliss and Richard Weller.

The book profiles projects that “[exemplify] and extend McHarg’s design philosophy and method,” that engage “large complex sites, pressing sociological issues,” that translate his concepts into reality and that demonstrate a “McHargian ethos of stewardship.” Eighty projects were initially selected, from which a shortlist of 25 have been included in the book. These projects date largely from 2001 to 2013, with the exception of several earlier projects from the 1990s. They are located across Africa, the USA and Canada, South-East Asia, Europe, Asia and the Asia-Pacific, although the editors note their desire for diversity among the represented projects and describe “glaring gaps in the geography of contemporary practice.” Work has been curated into five themes: “Big Wilds,” “Rising Tides,” “Fresh Waters,” “Toxic Lands” and “Urban Futures.” Each section is illustrated by maps, sections, transects and scenario-modelling diagrams.

American landscape architect and author Ignacio F. Bunster-Ossa writes that “if yesterday, ecology was a method, today it must be a mind-set,” with a growing need to emphasize “culture, equality and social justice.” The words “ethos” and “ethical” are a constant refrain throughout the book, yet despite this, there are few calls for a postcolonial practice. Exceptions exist – Glasgow-based landscape and urbanism professor Brian M. Evans, for instance, describes the significance of McHarg’s Scottish heritage, with reference to the Celts, who, like the First Nations peoples of many countries, have a strong affinity with the land and environment. Anuradha Mathur, in a similar vein, turns to the “surveyors, explorers, colonizers [and] conquerors,” and their “extraordinary transgressions … [and to] today’s ground of conflict” where we might “venture new imagination … keep[ing] the transect alive as an agent of change.” Los Angeles-based literature academic Ursula K. Heise, in a fascinating essay, alludes to developments since the late 1960s: feminism, critical race theory, postcolonial theory and transspecies urban theory. She notes that “McHarg’s approach couldn’t [have] allow[ed] for these new definitions of nature … how different kinds of humans and nonhumans cocreate it… [and a] context now [that is] linked more to social/economic and legal injustice.” But this brings me to the point that while the book acknowledges criticisms of McHarg’s representation of nature “as a higher order,” many of the essays contained within Design with Nature Now remain preoccupied with the need to address human nature; we can’t, it seems, take the human out of the Anthropocene.

The global population has almost doubled since the late 1960s, when McHarg forecast many of the scenarios that are now eventuating – climate change, species extinction and major resource depletion. Design with Nature Now strongly asserts that the way that “landscape architecture and environmental planners are now shaping the world … is indebted to McHarg.” In his foreword to the volume, environmental journalist Andrew Revkin acknowledges the diversification of practice in the years between the publication of McHarg’s ideas and the now – but calls for an “expansion of McHarg’s methods … creatively reimagined.” In his essay, “Thinking Big: Designing with Nature Culture,” James Corner distils what he learnt from his predecessor into four key lessons and three confounding challenges facing contemporary landscape architects: “1. Think big, 2. Multidisciplinary collaboration, 3. Science/data metrics and 4. Messaging and media: broader co-ordination, longer-term strategies and clarity of policy, leadership and action.”

In considering this, an astute observation frames Design with Nature Now – that “without gaps between the theory and practice of designing with nature, there would be nowhere for landscape architecture to grow or evolve.” Yet, many of the projects featured in Design with Nature Now are testament to the vision and ambition of governments and to the productive, often embedded relationship between the academy and practice. In the context of Australia’s predicted, but unprecedented, catastrophic bushfires that marked the opening of the 2020s – and our leaders’ realization that we have entered a “new normal” – maybe now is the time for us to collectively close those gaps. Design with Nature Now is a call to action to landscape architects to get involved in climate governance, to adopt applied research, scientific knowledge and processes of local participation, and to empower a new generation of global stewardship. For if not now, then when? 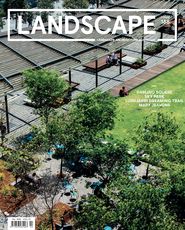 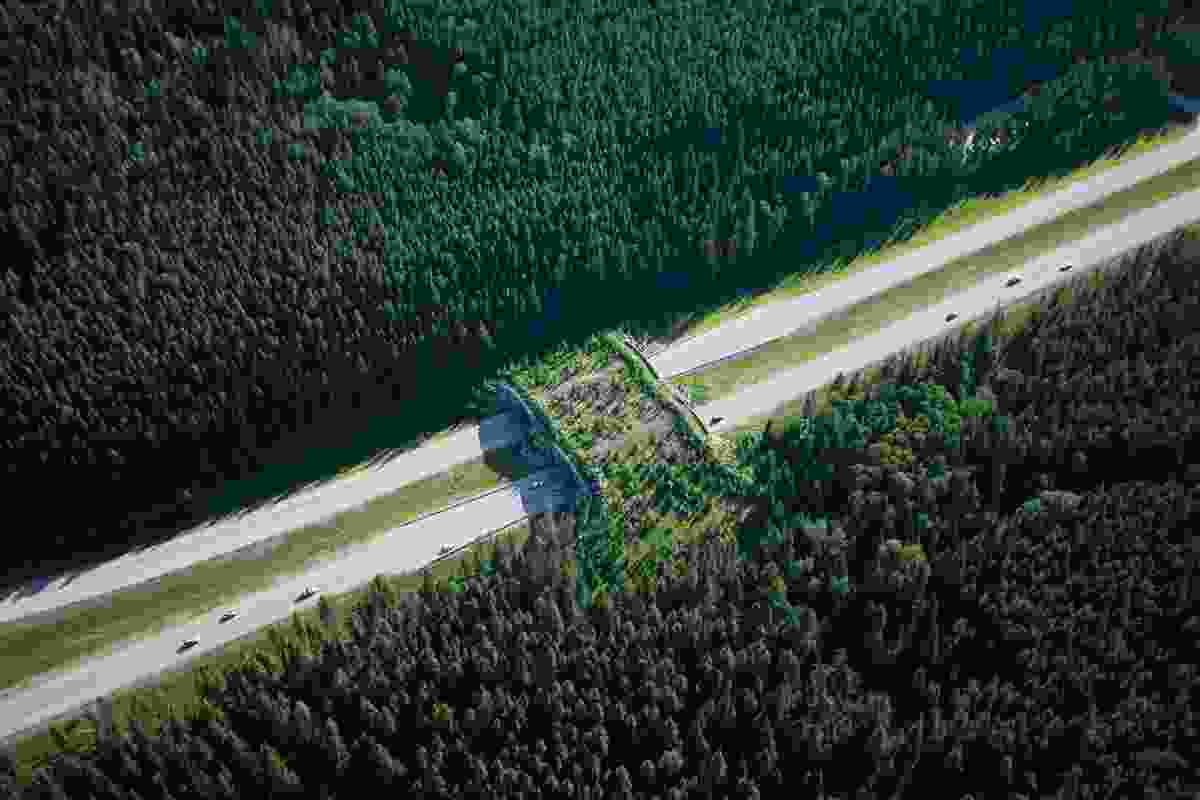 The animal crossing overpass in Banff National Park, part of the Yellowstone to Yukon Conservation Initiative. 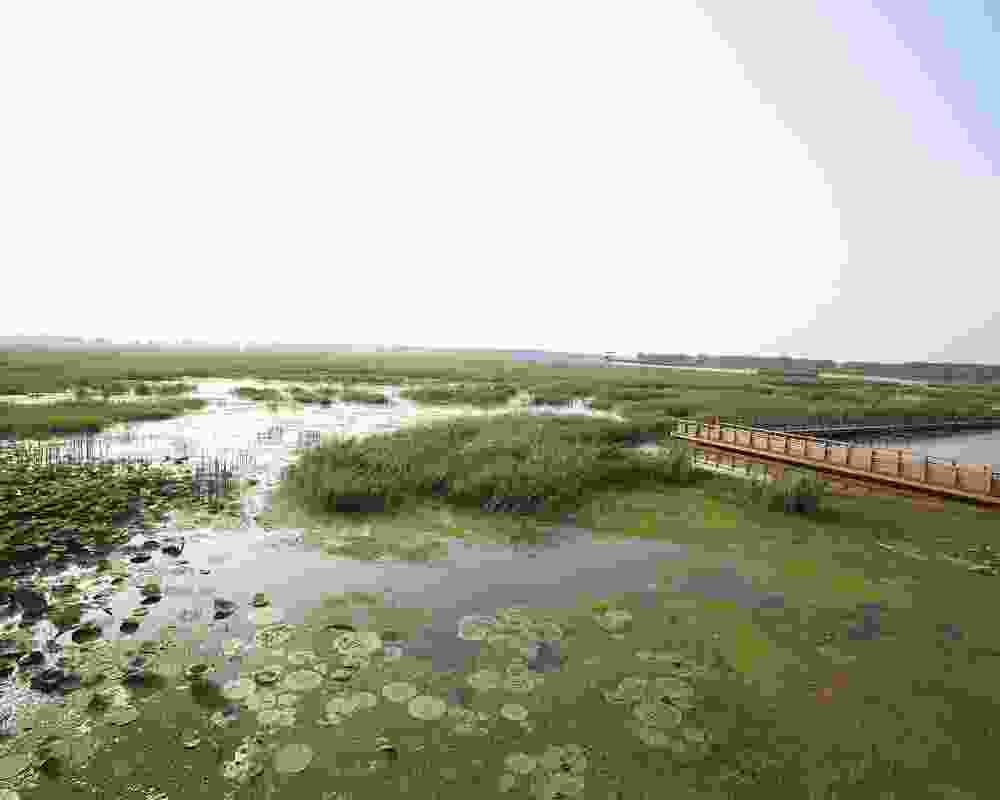 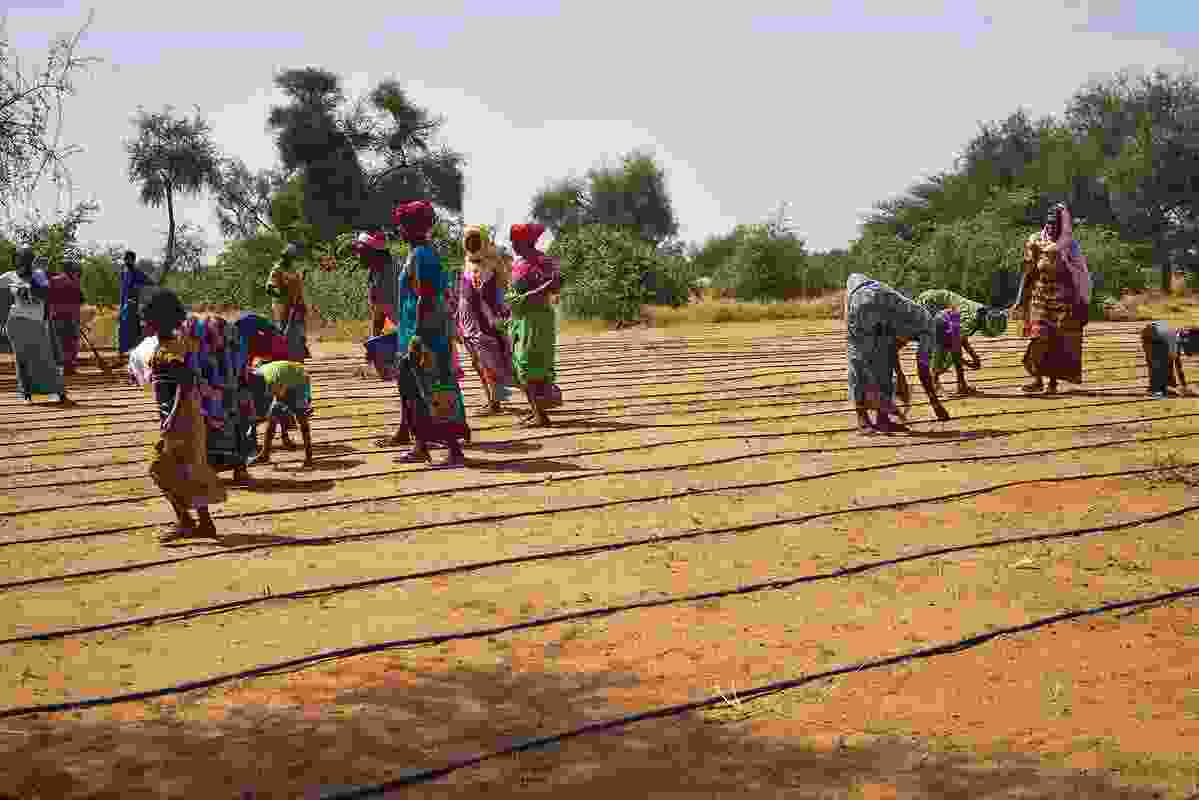 The Great Green Wall project in Senegal, in November 2015. 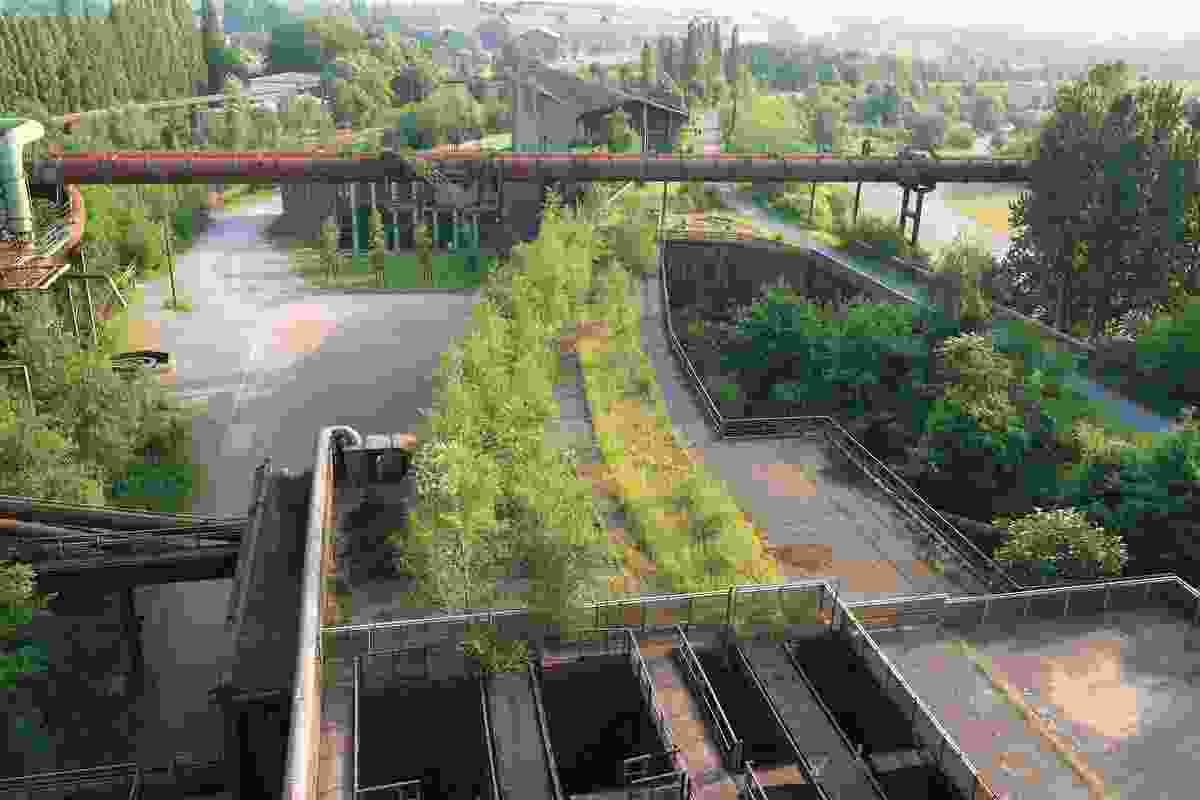 Emscher Landscape Park in Germany’s Ruhr area in 2003, showing the Hoheward coal mine after top piling. 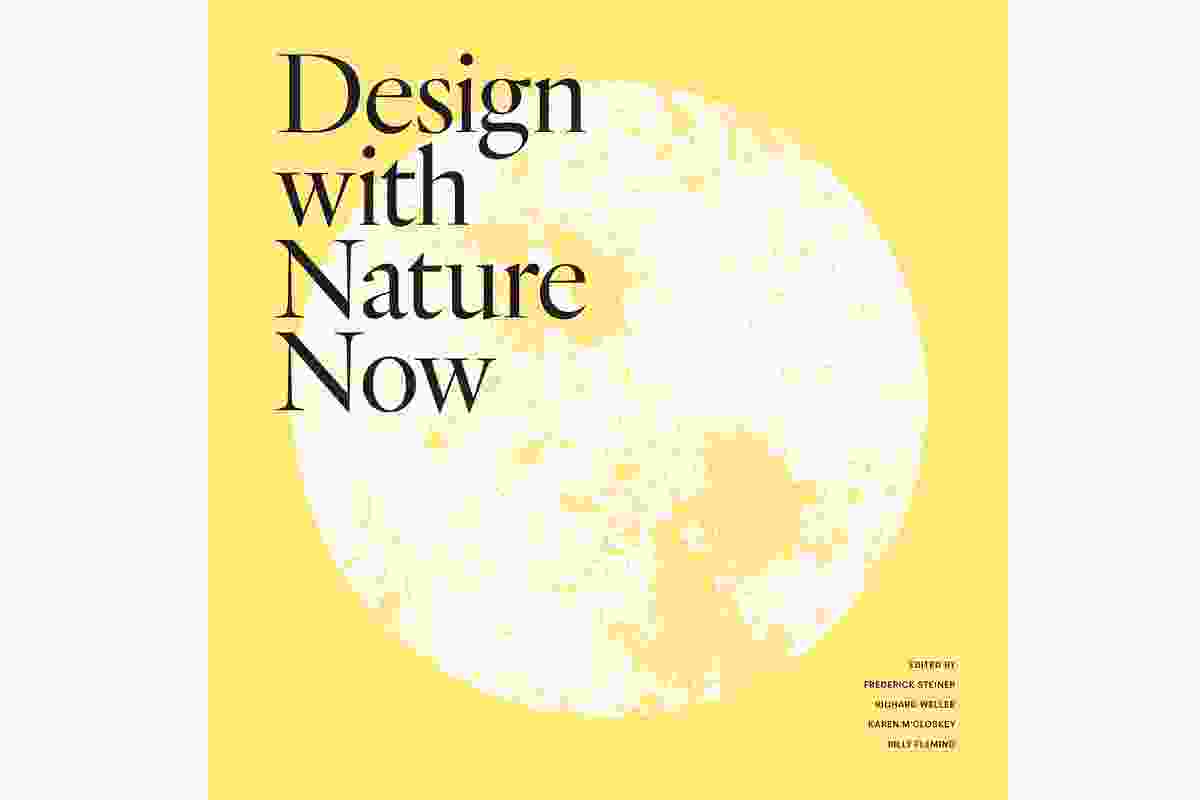