The Australian bushfires have caught the world’s attention. They dominated the speeches by global leaders at the World Urban Forum (WUF10) in Abu Dhabi this week. The United Nations secretary-general and the executive director of UN-Habitat, the convenor of the forum, expressed their sympathy and support for the Australian people. Both highlighted the need to act on climate change.

In Abu Dhabi this week, over 18,000 participants from nearly 170 nations have discussed the critical issues of climate change, social inclusion and urban innovation. The theme of planning for climate change (mitigation and adaptation) ran through the whole conference.

In the many discussions at this forum, it’s clear the world is watching how Australia responds to the recent extreme events experienced by so many communities across the country.

The World Urban Forum is held every two years. It is the global gathering of city leaders, non-government organisations (NGOs) and UN agencies engaged in developing more sustainable solutions for an urbanising world.

The majority of urban communities in Australia and across the globe are located in coastal zones. They face similar challenges responding to climate risks (fire, flood and coastal inundation) as well as managing urban growth and, in some cases, decline following economic loss.

Planning for “coastal urban futures” will require an integrated response. This depends on support by all levels of government, taking into account social, economic and environmental considerations, including climate change.

I interviewed a leading Australian planner, Commonwealth Association of Planners president Dyan Currie, who emphasised the importance of a holistic approach to the recovery from the recent fires and floods. “Building resilience by building back better, considering economic structures, mental health and communities, is critical,” she said. And it will take time.

An expanding new global network, Planners for Climate Action, shared experiences, including of the recent Australian fires. A range of built environment professional institutes support the network, which includes a number of Australians.

Case studies of success in implementing change at the subnational level were showcased. One of these was the Australian Capital Territory (ACT) reaching its goal of 100% renewable electricity by 2020.

The costs to communities, economies and the environment have passed the tipping point. The urgency to act is immediate. As we tackle the big challenges of climate change and urbanisation, we must, in the words of UN Secretary-General António Guterres, “ensure that no one and no place is left behind”.

As we embark on a decade of action to deliver the Sustainable Development Goals, the world’s cities, towns and communities will be at the heart of this work.

Urbanisation is inevitable and if left unplanned it will continue to lead humanity deeper into the climate emergency and higher forms of inequality and deprivations.

Underpinning all discussions was the need to implement the UN Sustainable Development Goals (SDGs) and the New Urban Agenda adopted in Quito in 2016 and to meet the global climate goals of the Paris Agreement.

The global population is expected to grow from 7 billion to 10 billion by 2050. Most people will live in urban settlements. This means the planning and development of our cities is fundamental to our future sustainability.

Key messages from the forum

The overall theme for WUF10 was “culture and innovation as a basis for achieving inclusive, safe, resilient and sustainable cities and human settlements”. Valuing the contribution of different cultures, creativity and and innovation was highlighted as central to urban sustainability.

Key points of agreement at WUF10 include:

WUF10 provided hope in outlining the opportunities to create new sustainable urban futures. These will be based on renewable energy, more self-reliant local systems for smaller communities, and combining innovation with natural solutions.

New ideas were canvassed, such as floating cities, as well as the marrying of the traditional with the future. Environmental industries – including regeneration, waste management and energy transition – were discussed as an example of opportunities for smaller coastal communities.

In all this, acting on climate change was a given. Implementing the SDGs was core to discussions.

The real value of WUF10, in my view, this year being also the UN’s 75th anniversary, was the emphasis given to the importance of local cultures, communities and social inclusion. Communities must be actively involved in determining their own futures for long-term urban sustainability.

Following the recent devastation from bushfires and extreme weather events in Australia, we should embrace this opportunity to build back better. If higher levels of government provide the enabling frameworks to support and empower local communities to develop more resilient and sustainable urban futures, it is all possible. 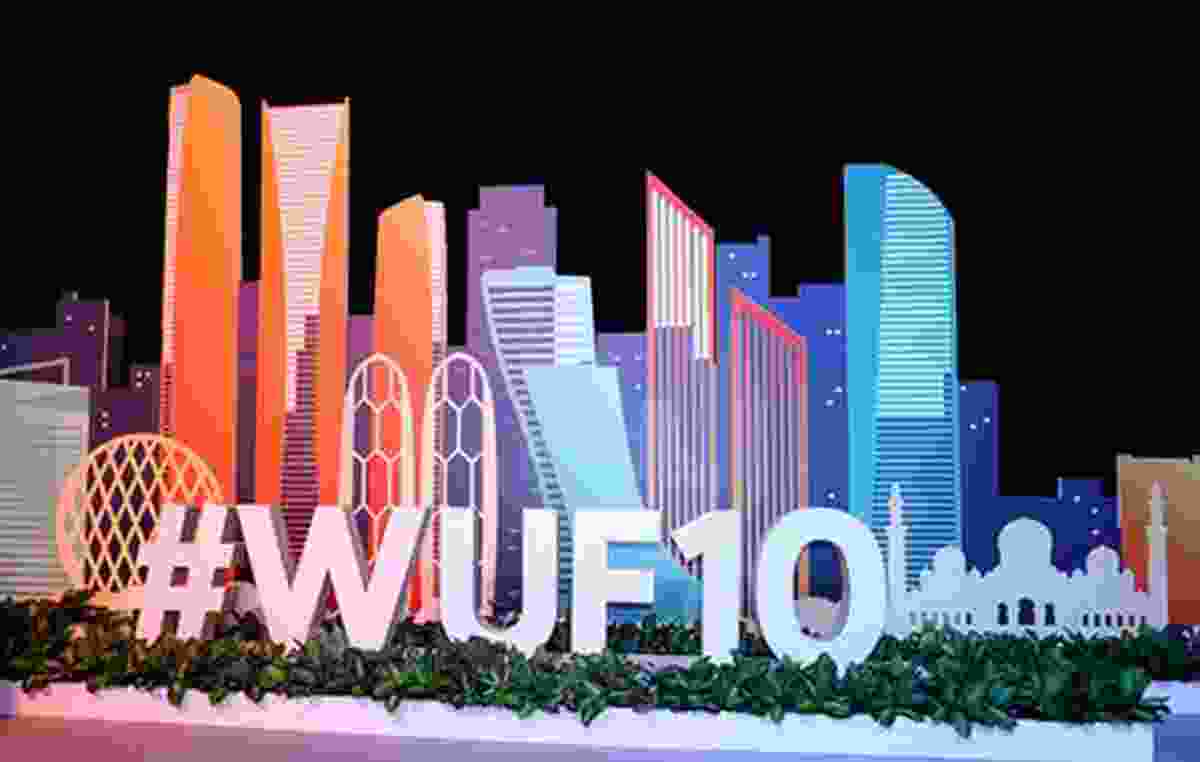 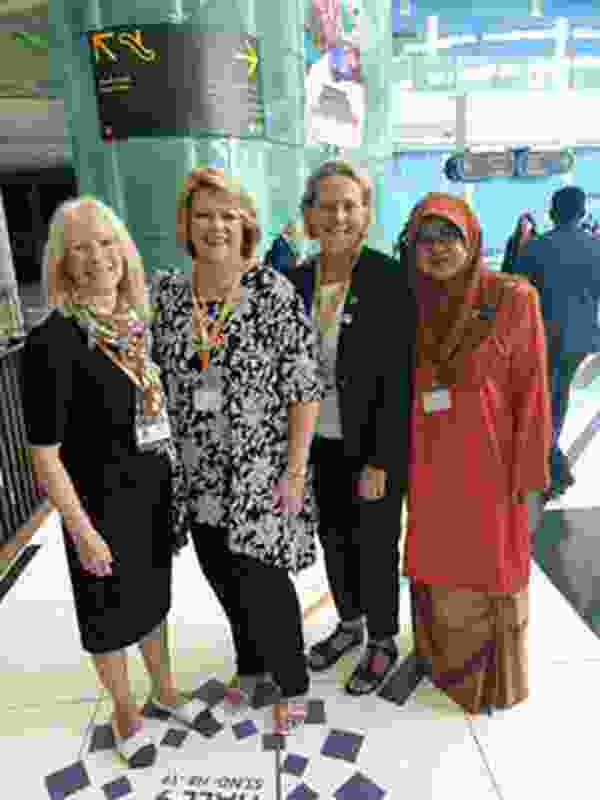 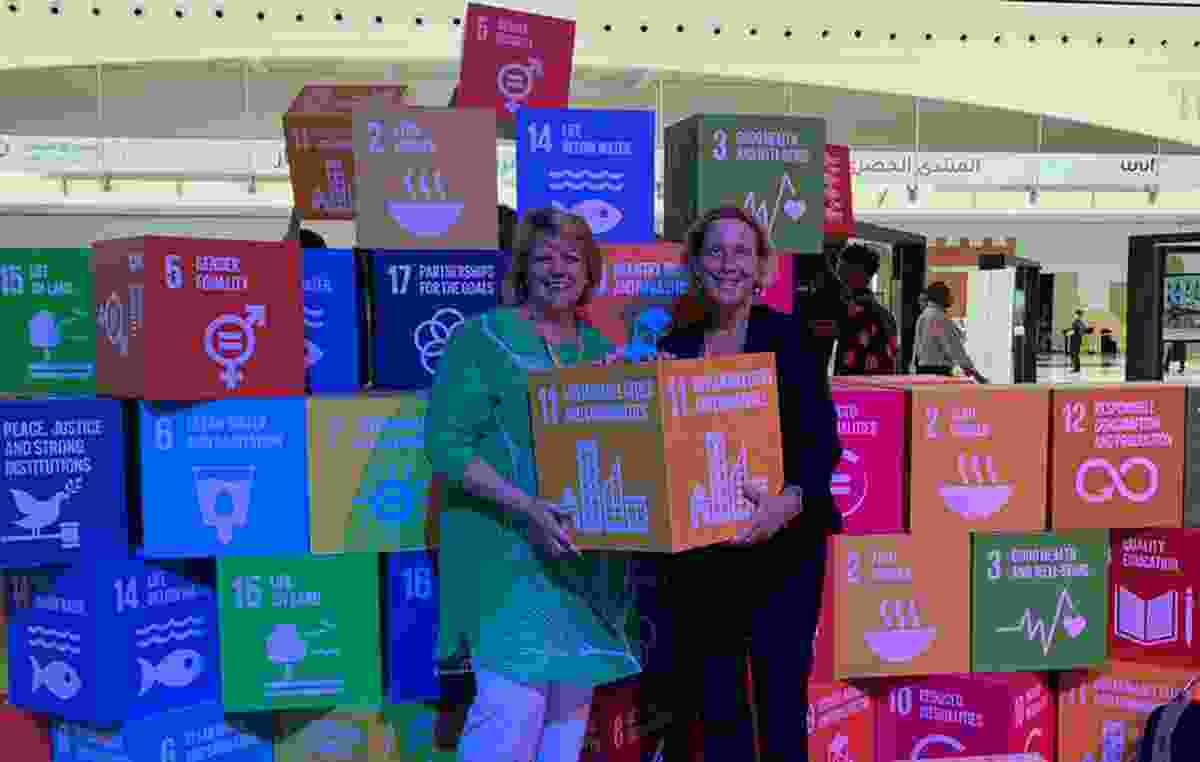 Leading Australian planner Dyan Currie with the author, Barbara Norman, and their pick of the SDGs in Abu Dhabi. 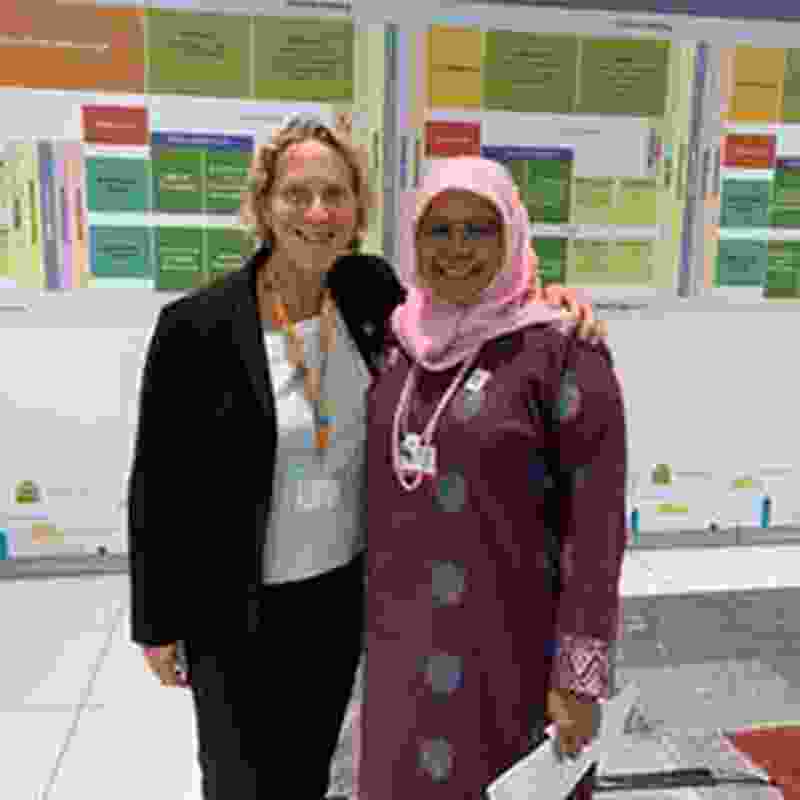 The author and Maimunah Sharif, executive director of UN-Habitat.