David Welsh is a partner of Welsh + Major Architects, an award-winning practice he established in 2004 with Christine Major. He has tutored at The University of Sydney and the University of New South Wales, and run Masters Studios in environmental sustainability and material technologies at the University of Technology, Sydney. David has been an invited judge for the NSW Architecture Awards and is a contributing writer to design and architecture publications such as Houses, Artichoke and AR Asia Pacific. He is also an occasional cheesemaker and junior cricket team manager. 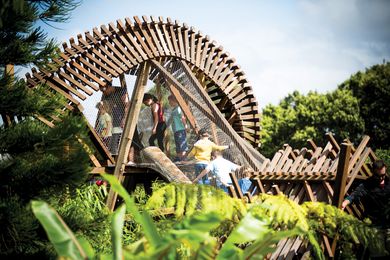 A new garden in Sydney’s Centennial Parklands celebrates learning through nature play, immersing children in habitats with a roguish sense of adventure.