The government intends to destroy Djab Wurrung sacred trees and sites to upgrade the Western Highway at the same time as it seeks heritage status for the Eastern Freeway.

The Victorian government has announced it is seeking heritage listing for parts of the Eastern Freeway in Melbourne. We heard this news on Wednesday as we sat under a grandfather tree in solidarity with Djab Wurrung people whose cultural heritage is being threatened by the same government.

A Major Road Projects Victoria proposal to extend the Western Highway will destroy sacred Djab Wurrung trees and places. They have been protecting these trees for more than a year, but faced eviction – from their own Country – by today’s deadline. All this is happening as the government is conducting treaty negotiations across the state.

What kind of world do we live in when freeways are valued as of greater cultural significance than the practice of the oldest living culture in the world? Threatening to evict Djab Wurrung while proposing heritage status for the Eastern Freeway is a surreal perversion of law, heritage and community value.

These matters raise important questions about how cultural heritage value is determined and by whom. They also attest to the continued power of roads and transport infrastructure in a climate-changing world.

The proposal to expand the Western Highway has been around for decades. The on-Country presence of Djab Wurrung people was sparked when it became clear the new duplicated section between Buangor and Ararat would destroy their sacred trees, which include an important directions tree and birthing site.

This is not merely about protecting individual trees – some of which are up to 800 years old. It’s about the way those trees relate to each other, the landscape, Djab Wurrung people and their law, which have been here for thousands of generations.

Victoria supposedly has a legislative system for protecting this Aboriginal heritage. The government asserts that it has followed the “due process” of this system in relation to the Djab Wurrung trees. The fact that Djab Wurrung Elders and leaders have been protesting on site for the past 15 months raises serious questions about what constitutes “due process”.

Many concerns have been raised about a flawed system. At the very least, it has been exposed as a blunt instrument clearly not sensitive enough to cope with these complexities.

Not only is the government unwilling to negotiate on Country in good faith, Djab Wurrung people are being actively silenced and criminalised. One of the leaders, Zellanach Djab Mara, was recently held on remand for 26 days on a charge of driving without a licence, which his supporters saw as a move to “get him off Country”. A magistrate later said Zellanach’s time in custody was too long for a minor offence.

But Djab Wurrung people will not be silenced. More than 500 people arrived at the camp on Wednesday in solidarity. The campaign has gained international media attention and more than 130,000 people have signed a petition.

Tony Birch has written eloquently about the scar the Eastern Freeway created psychologically and geographically. The damage included:

[…] obliteration of a vital section of the river at its confluence with the Merri Creek, a once majestic waterway winding its way into the north across Wurundjeri land.

Heritage in an upside-down world

Both these decisions expose just how upside-down and perverse our way of collectively cherishing place and heritage has become. And both advance a transport system that continues to encourage high-carbon mobility, despite Victoria’s legislated commitment to achieving net zero emissions by 2050.

A viable and cheaper route for the Western Highway duplication is available, just as a viable alternative to the Eastern Freeway once existed.

Road safety is vital, certainly. But surely it would be better achieved by reducing freight traffic on roads, rather than enabling everyone to drive faster. Freight rail offers an alternative solution to some of the key issues that advocates of the Western Highway project use to justify it.

It is possible to have highway safety and efficient mobility at the same time as protecting sacred places and actual cultural heritage through genuine processes.

Proposing a freeway for heritage listing is a clear statement of a government willing to cherry-pick what counts as heritage. As Djab Wurrung Traditional Owner and former state MP for Northcote Lidia Thorpe asserts:

The protection of high cultural and natural values must be part of any treaty process, rather than brazenly destroying those values while the treaty process is under way.

We call on the Victorian government to immediately establish a respectful dialogue with Djab Wurrung people by accepting their invitation to come to Country and talk with Elders and leaders in good faith. To do so the threat of eviction must be immediately withdrawn. As Zellenach said to us while we were at camp, “no one can effectively negotiate while under duress”.

If the Victorian government is serious about Treaty, this is the opportunity to demonstrate understanding of what respectful recognition of Indigenous sovereignty looks like.

The world is watching.

Marianne (Ria) Jago at the Victorian Women’s Legal Service is a collaborator on this article.

We wrote this article on Djab Wurrung Country at the invitation of Djab Wurrung people to help protect their Country. We pay respects to Djab Wurrung Elders past, present and emerging and the sovereign Aboriginal peoples on whose lands we each live and work. 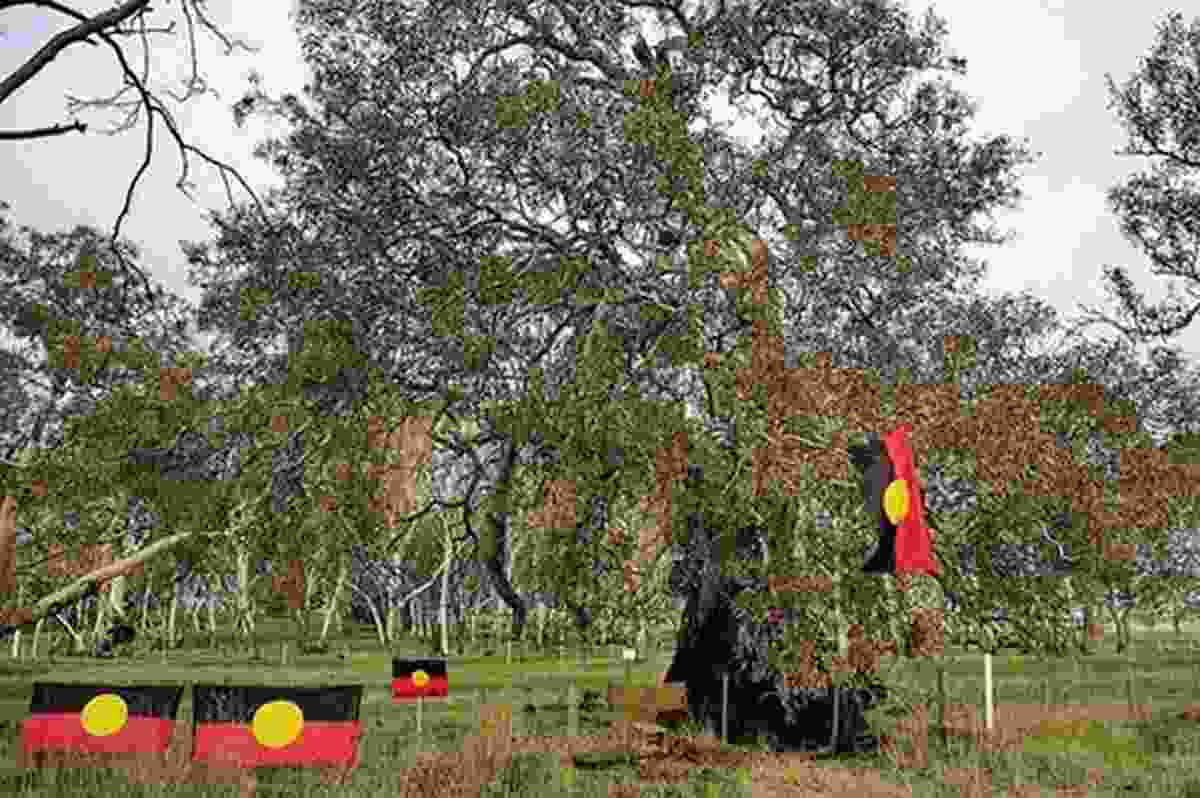 The government intends to destroy Djab Wurrung sacred trees and sites to upgrade the Western Highway at the same time as it seeks heritage status for the Eastern Freeway. 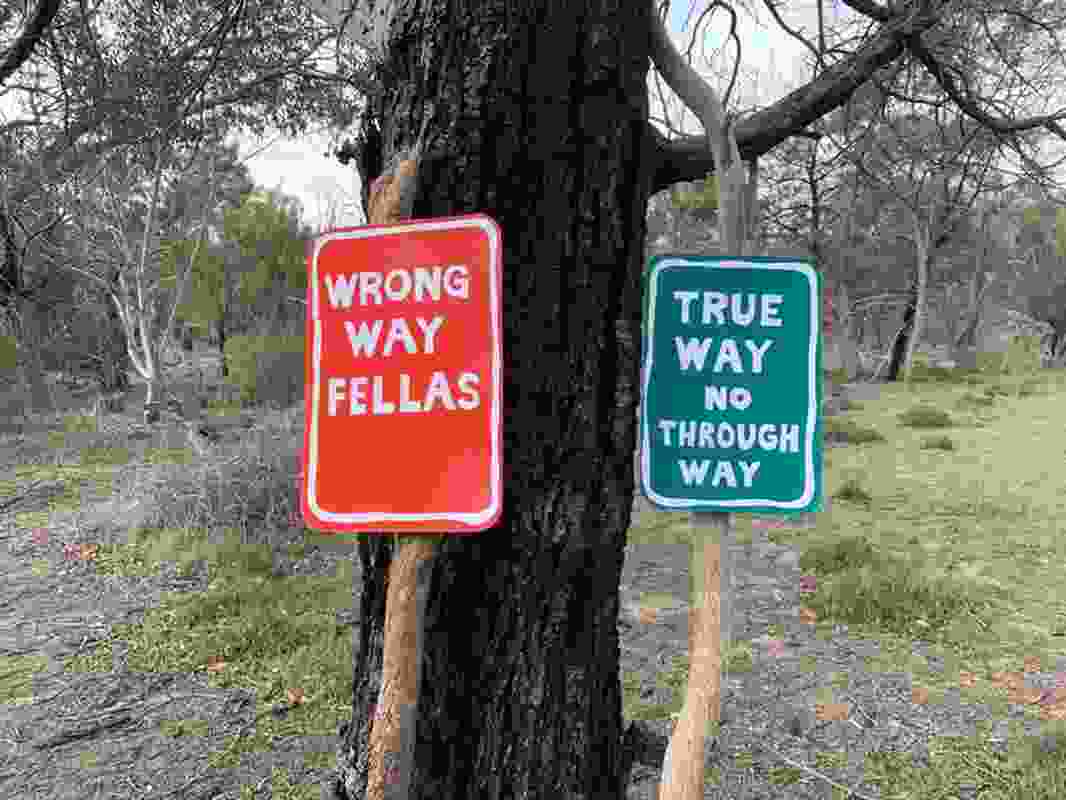 Protest ‘road signs’ at the camp. 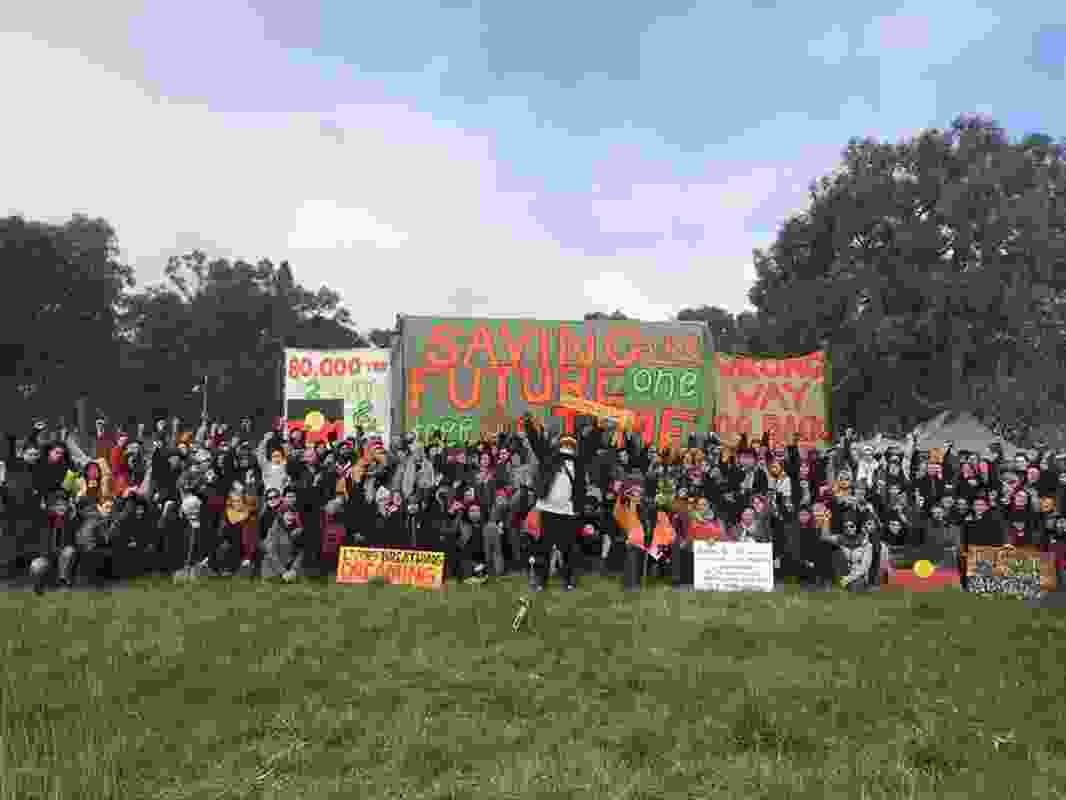 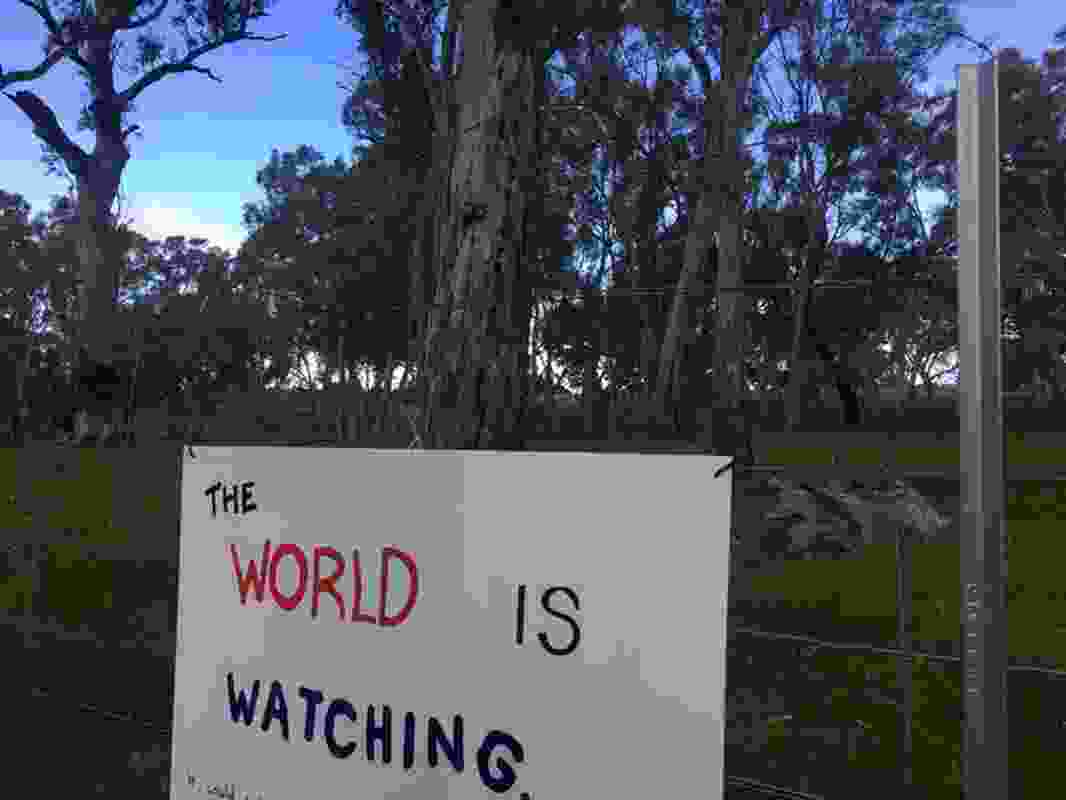