A recent comedy show at Perth's Fringe World festival brought together built environment practitioners and members of the public alike for a series of light-hearted reflections on city design.

When landscape architect and comedian Nic Monisse took the stage at Perth’s 2019 Fringe World festival in late February, he wondered aloud if he was at a job interview or an intervention. It’s not every day you see a comedy show that revolves around landscape architecture, but judging from the packed-out space, it may not be as niche as you think.

After relocating to London at the end of 2018, Monisse returned to his Perth hometown to join the line-up at the 2019 Fringe World festival. Behind Edinburgh and Adelaide, Fringe World (the Perth Fringe festival) is one of the largest in the world – and arguably the most successful annual activation of public space the City of Perth has yet seen. Yet Monisse’s performance, Urban Jungle – Nic Monisse, a quirky comedy show around landscape architecture and urban design, was a risk.

With over 300 AILA members in WA it would be safe to assume that Monisse was reducing his target audience from the get-go, compared to the best-of-British or burlesque comedy shows that have become synonymous with Perth’s Fringe World program. This risk however, has paid off, with both performances of Urban Jungle sold out weeks in advance.

Monisse – a self-professed “YIMBY” (“Yes In My Backyard” member of the pro-development movement) has developed signature check-ins with his audiences over the development of his comedic career, which include seeking ratings for his jokes and apologies for the more, ahem, groundbreaking content. Poking fun at Perth-based practice UDLA, for instance – one of the practices involved in the recent Scarborough Foreshore Redevelopment project that transformed a disconnected and carpark-dominated beachfront connected to a local nightlife hotspot – Monisse joked that the upgrade meant that at least when you got punched (in the early hours of an alcohol-fuelled night out) you’d land on fancier paving.

The structure and content of Urban Jungle meant that even audience members that weren’t built environment professionals could still readily engage. In addition to riffing on Australian themes, Monisse screened short, self-produced documentary-style films on Bangkok’s khlongs (canals) and San Francisco’s trolley cars, in addition to recordings of local comedy gigs Monisse performed in each respective city. Monisse managed to garner double the laughs as the residents of both international cities, and then the Perth Fringe World audience, drew amusement from what had once seemed like the perfectly ordinary transportation modes of their respective locations.

Upon reflection, Monisse’s Urban Jungle offered more than simply an amusing night out in the company of like-minded people. Perhaps, in the interest of the landscape profession’s mental health, Monisse is providing a public service that until now, we didn’t quite know we needed. A reminder to not sweat the small stuff – the looming deadline or the stresses of running a business – and a reminder to laugh. In the close-knit industry of the built environment professions, Urban Jungle left us with an even closer sense of community, and a rare chance to bond, reflect and laugh. Nic Monisse, you’re welcome in my backyard anytime. 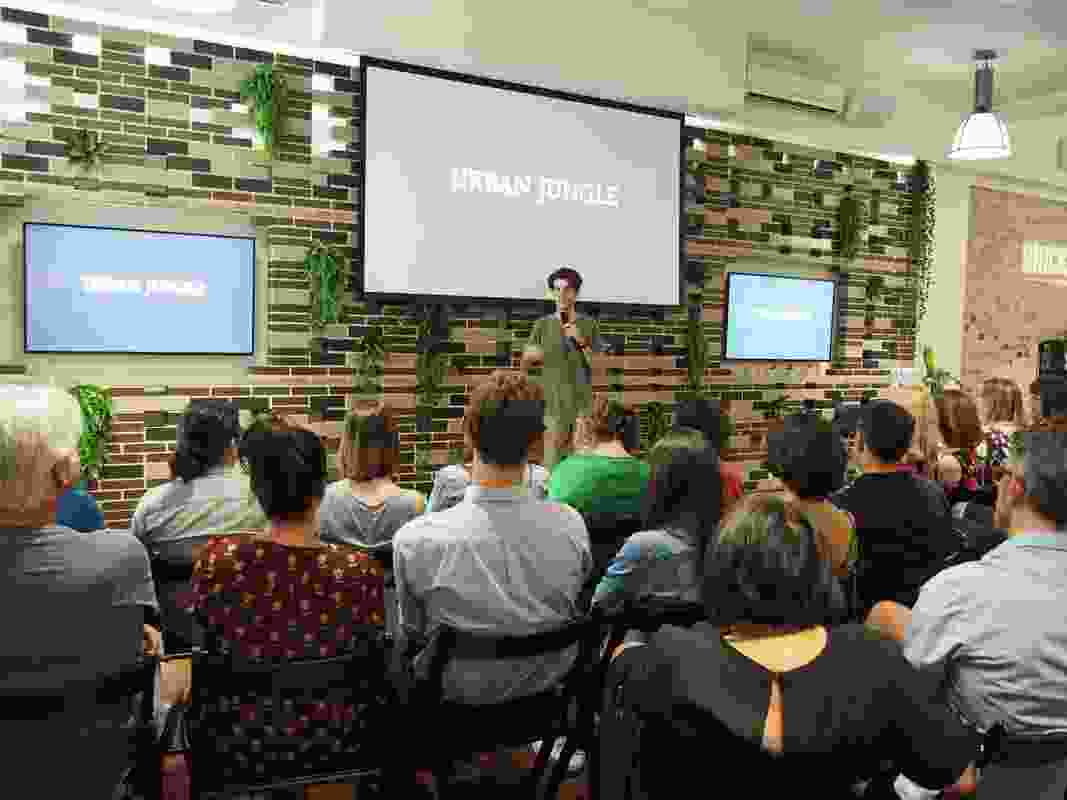