From the designers: A passion for the preservation of history and the need to retain and tell the story of a place were the drivers behind the conception of the Tully Memorial Park Flood Markers. Situated at the crossing between the Mount Lindesay Highway and the Logan River, Tully Memorial Park has always provided an opportunity to connect local residents with the Logan River.

During both day and night, the site site sees much traffic passing between the new townships developing both north and south of the Logan River. The river crossing on the site has always been a benchmark location for the collection of flood data on the river. The Council and the Divisional Councillor saw an opportunity to tell a story of the site’s history to the community, while also introducing the residents to the scale and impact of the waters that come to the area during times of flood.

Art and history became further entwined when it was decided the Flood Markers would be constructed from the old recycled timber from another historic Logan River landmark, the Edward O’Neill Bridge crossing (which was replaced by a new concrete bridge at the same time as the project).

The Edward O’Neill Bridge crosses Teviot Brook at Undullah, marking the border between Logan and the Scenic Rim. The original bridge was constructed in the mid-1900s as a single-lane wooden structure, and was showing signs of age when in 2014 construction of a new concrete structure was commenced. A well-known landmark and popular fishing spot, the historical value of the original wooden bridge was realized, and after decommissioning its timber was stored waiting to be reused. The timber girders were eventually transported to Tully Memorial Park and now stand as markers of the flood peaks reached by the river at different times during its history. The old timber poles provided the opportunity to use a part of history to represent history.

Today, the old bridge remains as an historical landmark that pays homage to the long history of the Logan River. The timber was inspected to determine its structural integrity and then proposed as a viable material for the construction of the flood markers. Positioned along the Logan River and visible from the Mt Lindesay Highway, six timber poles stand within a textured concrete and pebble base (representative of the river). Five poles record the flood levels of years gone by, with one pole remaining vacant to remind one that the floods will come again. When the project was completed in December 2016 it was never anticipated that the sixth pole would be needed so soon.

Late in March Cyclone Debbie hit Logan causing the Logan River to flood once again. Work has just been completed to add an additional mark to the remaining pole to reflect this latest devastating flood.

Lighting has been incorporated into the installation with water levels represented by a red strip of light on each individual pole, and the related year of the event illuminated above. The use of lighting extends the awareness of the drama of the floods beyond daylight. The flood markers stand as powerful beacons, during both day and night.

This small budget project has achieved a significant visual impact - illuminating, consolidating demonstrating and contributing to a significant sense of place. A simple gesture has become a significant symbol in the landscape, encouraging people to take the time to acknowledge, stop and discover the histories of Logan and its community. 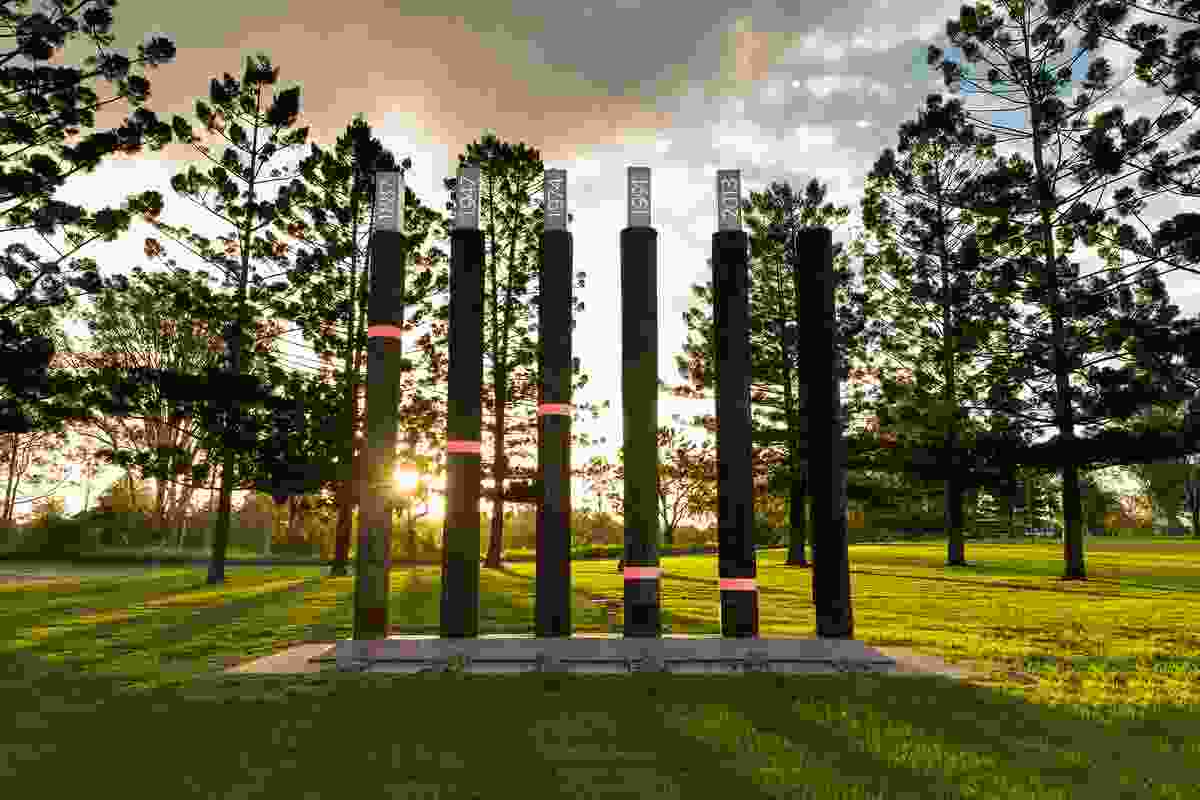 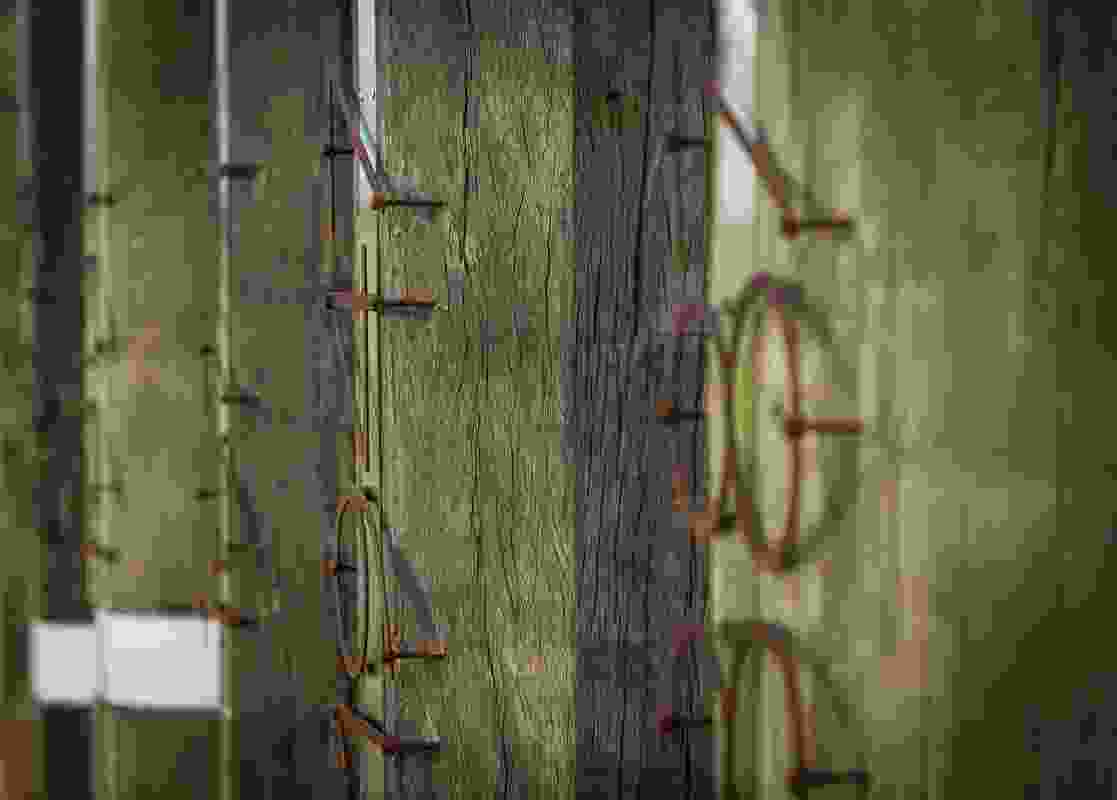 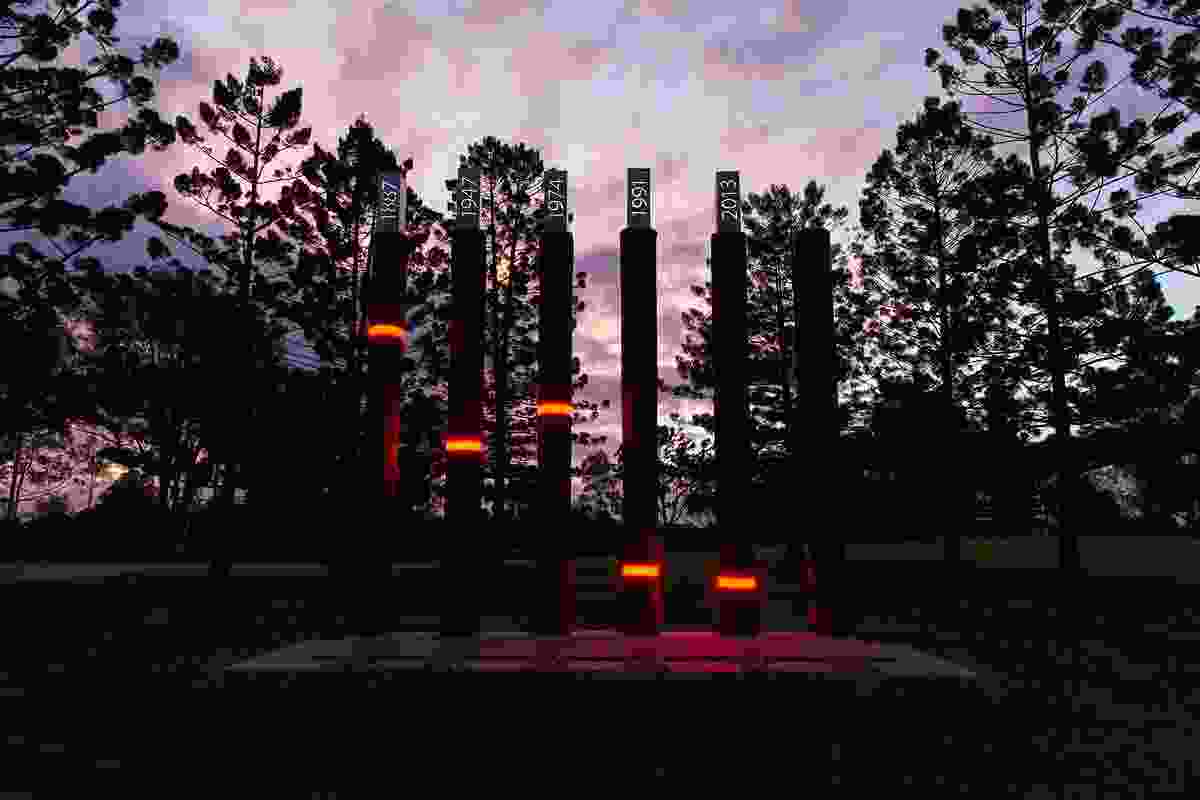 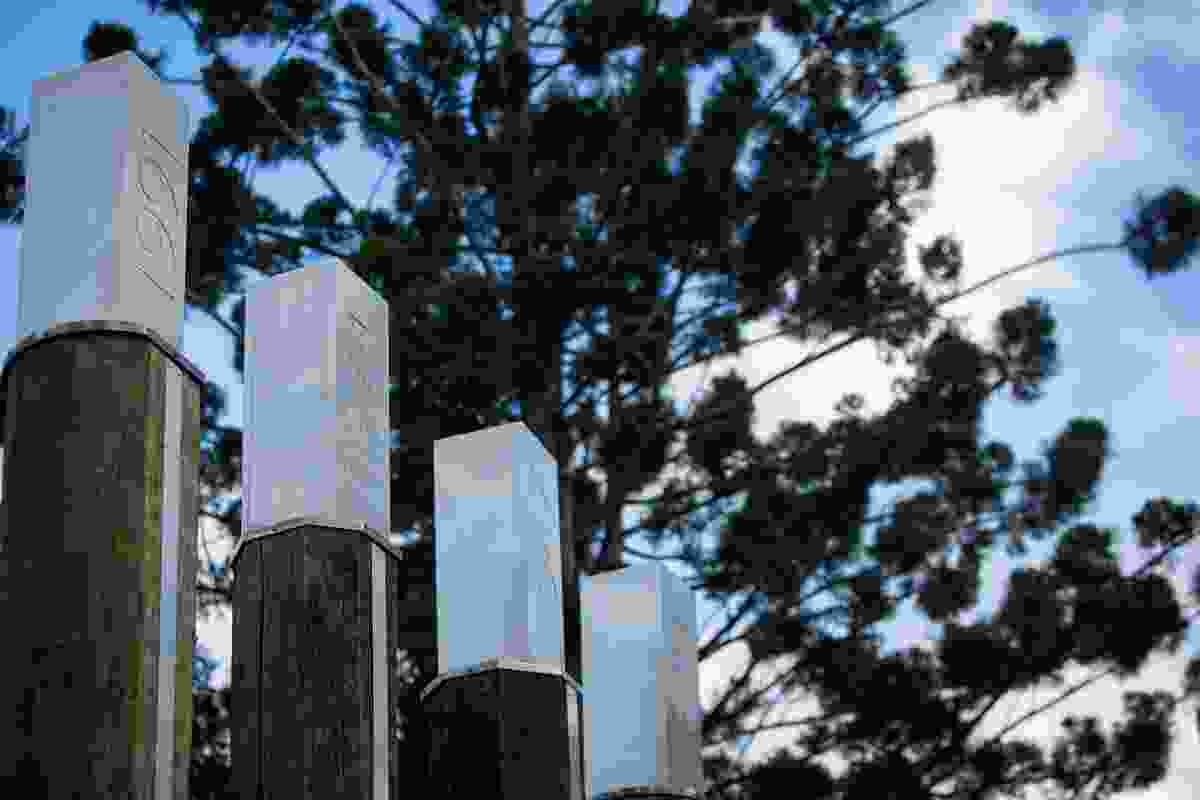