The classical Chinese garden often finds expression in private gardens in the south of China and imperial gardens in the north. The private garden is relatively small in scale, usually no more that 10 mu (mu being the Chinese ancient space unit, one mu is the equivalent of 666.66 square metres), with smaller gardens sometimes only half a mu in size. Most private gardens have traditionally been owned by members of the literati social class, with their claims to an elevated aesthetic landscape sensibility. Sharing philosophical traits with the traditional Chinese poem, the Chinese classical garden invites one to “see the big in the small.” In the garden, this is achieved within a constrained space, through the use (often implicitly) of allusion, contrast, twist, hints and metaphor to invoke, in the visitor, an experience of the garden as a subjective recreation of reality. This relationship between garden and poem is described by landscape architecture academic Stanislaus Fung1 in terms of an independent reality which cannot be known beyond its experience. For Fung, the experience of the garden (walking the path) and the poem (reading the words) are instantiations of reality and both share similar characteristics such that the making of the garden (path) and of the poem (words) create that reality. One comes to know the world through the making (of garden and poem).

The Chinese word shi is often understood as a generalised term for poetry, however Fung describes another meaning of shi – as propensity, such that “in any given configuration, there is an inherent propensity for the unfolding of events.” In doing so, he points to a relationship between the scalar philosophy of the garden, allowing the reading of the big in the small, as this propensity arises out of an “oscillation between static and dynamic points of view.”2 Here, we see a relationship between the poem, the garden and the landscape – the experience of the garden is that of a deep and endless landscape, where twists, hints and turns in the garden provoke an expanded experience of space. From this experience emerges the propensity of the unfolding of events – and the understanding that any event is simultaneously a product and producer of that propensity.

In October 2019, Beijing Forestry University (BFU) held their second annual Garden-making Festival. The 2019 festival’s theme, “The Poetics of Gardens,” invited exploration of the inherent relationship between garden-making and the poetic through proposals for gardens with bamboo pavilions to be constructed on the BFU campus. From more than 200 international expressions of interest, 14 projects were selected for construction, including a group student project initially developed during an undergraduate studio we led as teaching staff within RMIT University’s landscape architecture program.

Cynthia (Huaying) Zhuge’s proposal, Celebrating the otherness, was selected and constructed as the RMIT entry in the festival. Zhuge’s project engaged with the concept of negative space, subtly reconfiguring this as form, rather than space. Zhuge’s concept proposed a fluid pavilion of woven bamboo that projected the resulting negative space onto the ground plane that in turn became the garden bed from which a pavilion emerged. The project aimed to bring the condition of “otherness” into focus by encouraging the void to be experienced through the wildness, growth, colonization, competition and decay of the pavilion’s flowering plants.

The 2019 festival’s winning project, “Black Hole” was produced by a student team from BFU. “Black Hole” drew inspiration from the black hole at the centre of the Milky Way to propose that everything in the universe is a poetic garden worth exploring. The project argued that the key to this concept was to approach exploration “with a peaceful heart.” Taking advantage of bamboo’s relative flexibility and rapid growth rate, the BFU team’s proposal created a poetic garden that invited people to enter, to explore themselves and to wander in the universe.

Under the combined influence of Chinese classical garden philosophy and Western landscape architecture, contemporary landscape architectural practice in China has, in recent decades, been dominated by three positions: one foregrounding the architectural aspects of gardens which has been popular among scholars in architecture schools, another holding that horticultural considerations are the most significant (a view propounded by scholars in forestry institutes), with the third view giving greater influence to the fine arts, primarily through ideas of aesthetics and beauty. These distinct positions within the discipline continue to challenge and provoke, particularly within the realm of the poetic, providing valuable insights and communication with and among various cultural positions. The projects produced for the 2019 festival successfully deploy elements of each position, generating a sense of the poetic in each case.

The concept of shi (propensity) and its expression of the oscillation between the static and the dynamic imbues otherwise natural elements with further layers of meaning – meanings which have often already been implanted through other aspects of Chinese culture. The ensuing dynamism of these elements is what results in the poetic within a garden. A popular poem from the Tang Dynasty, for instance, includes the line: “A bright moon rises on the sea, the horizon altogether at this time.”3 In Chinese culture, this expresses the idea that no matter how far apart one is from one’s family, one is always sharing the same moon and therefore the same time. This evocation of the moon as home, has influenced (and continues to influence) much of the literary and artistic work that followed – including the winner of the first BFU Garden-making Festival in 2018, titled “Look up at the moon.” This garden used bamboo to frame a sight line from the human perspective to the moon. The project’s aim – to empathize the feeling of missing home while metaphorically establishing a connection through time and space with home.

2. Fung, S (2003). The Interdisciplinary prospects of reading Yuan ye, Studies in the History of Gardens and Designed Landscapes 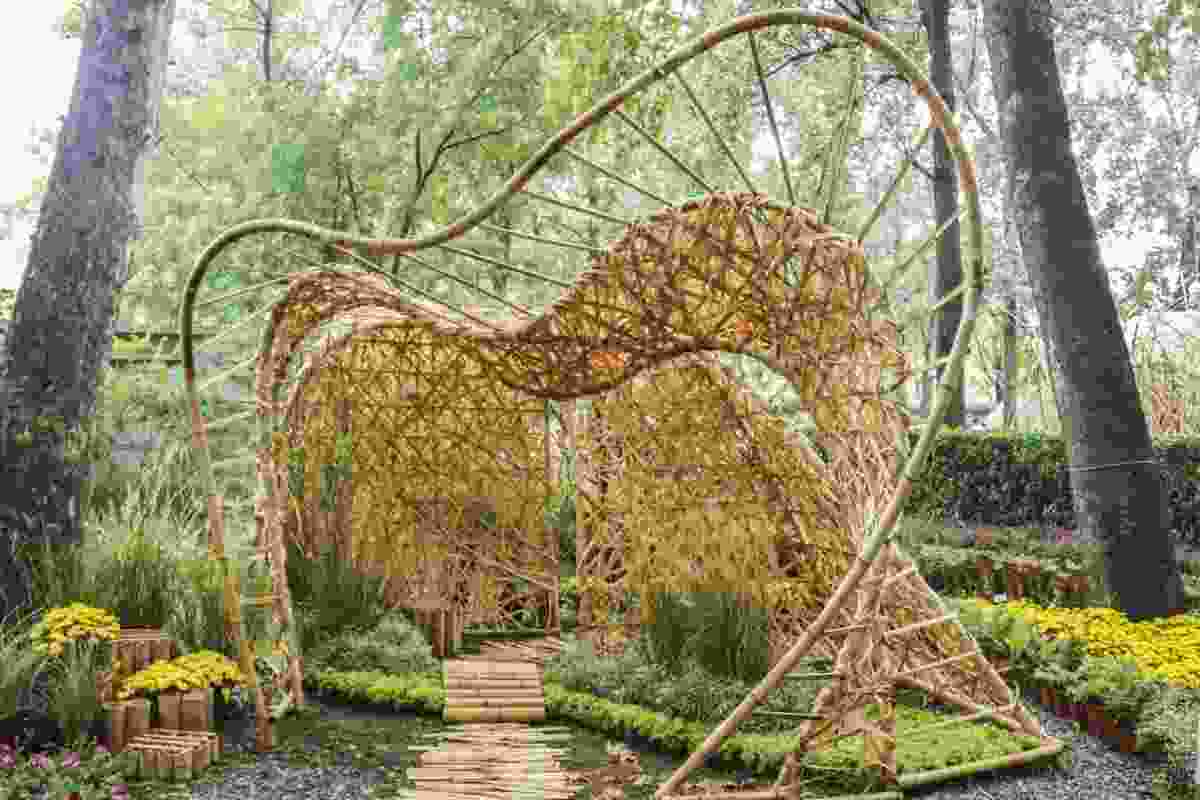 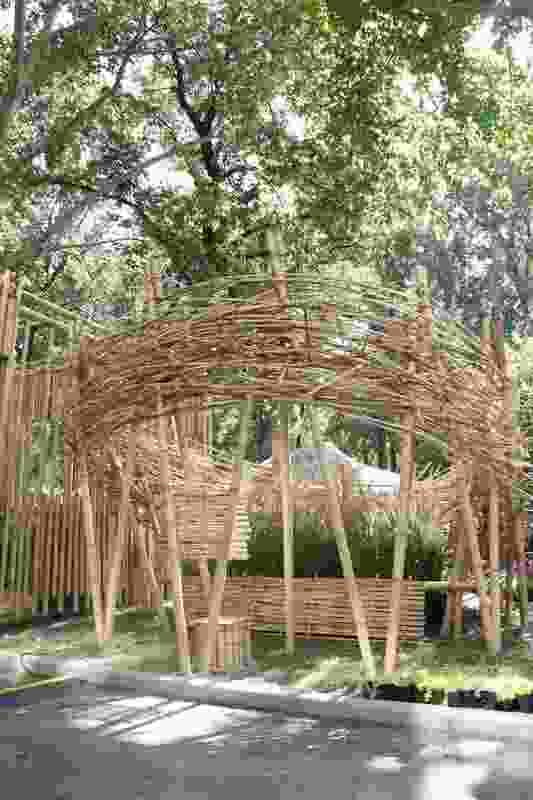 The winner of the first BFU Garden-making Festival in 2018, a project titled “Look up at the moon.” 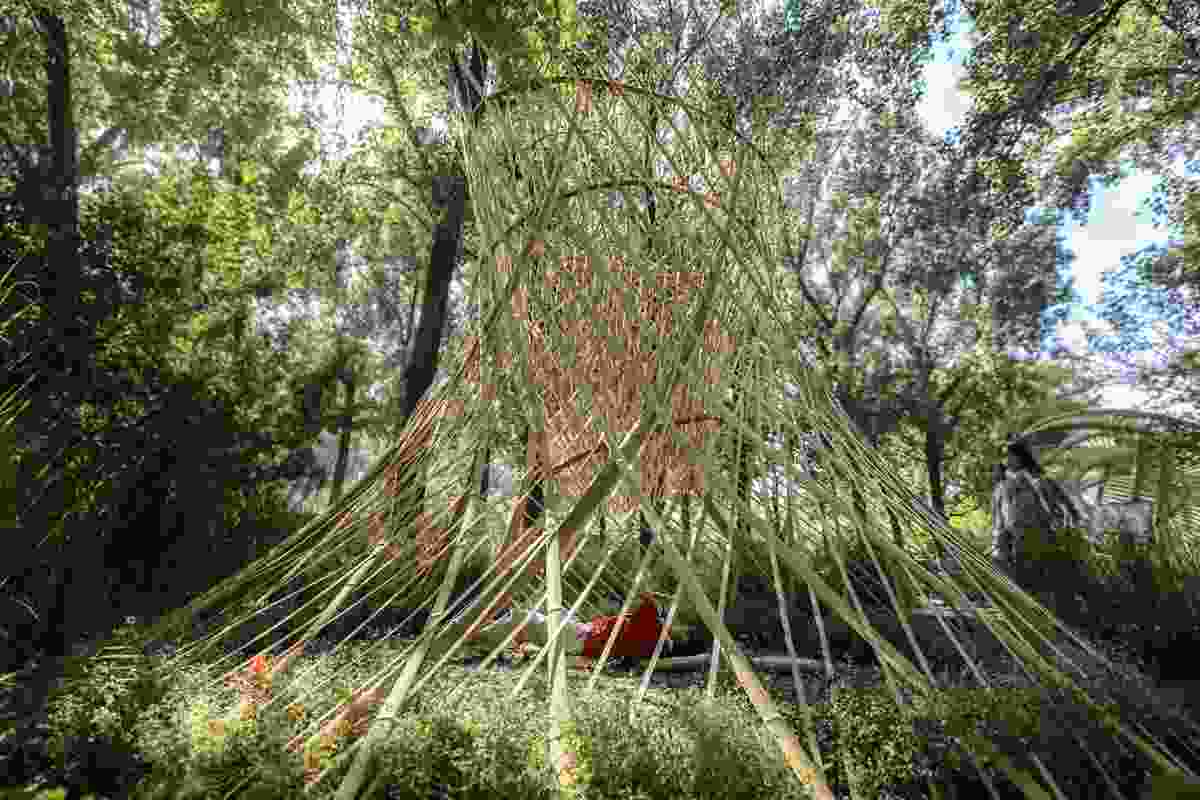 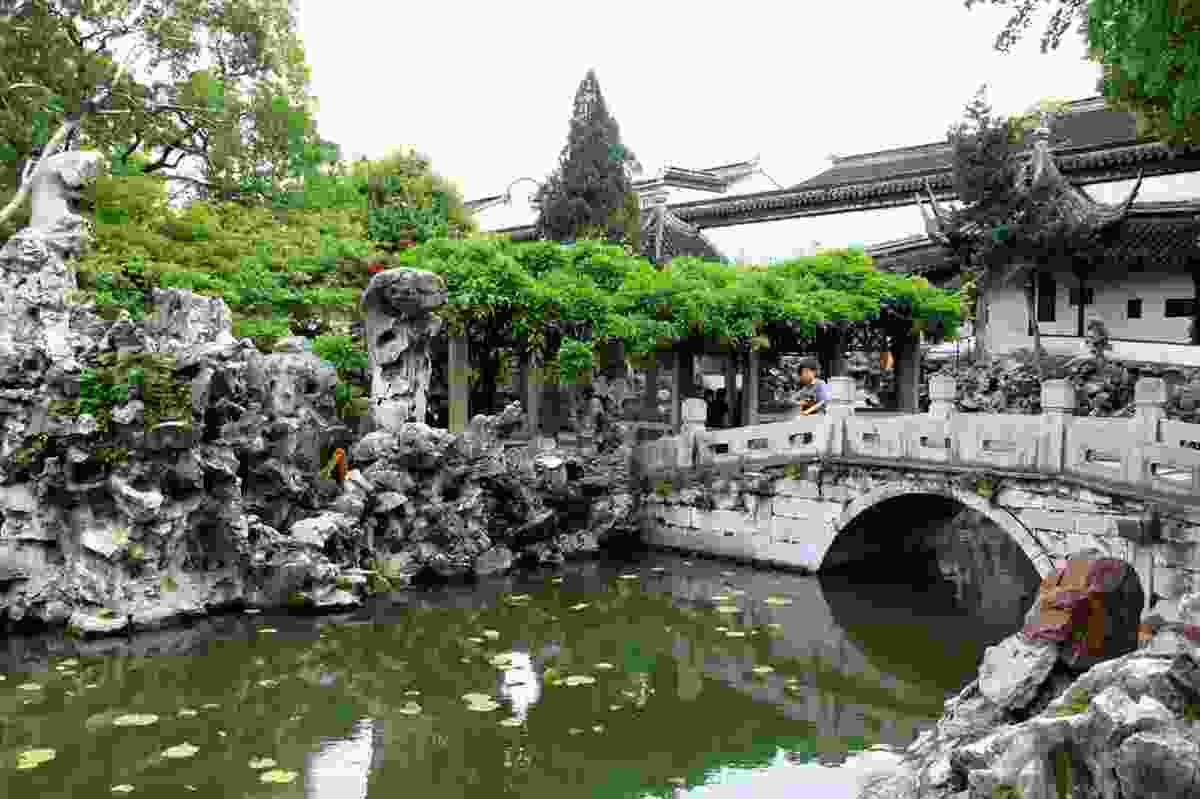 Lion Grove Garden, an example of a classical Chinese garden in Suzhou.