Aerial photograph of the Penrith CBD.

Early results from a study of urban heat effects in Penrith in Western Sydney confirm that development contributes to the phenomenon, researchers say.

The 120 sensors were installed before summer in 2019 by researchers from Western Sydney University. The sensors were clustered at ten locations and recorded temperatures every ten minutes, with more than 46,000 data points collected over a five-week period that began on 12 December 2019.

On 4 January the top recorded temperature in Penrith was 48.9 degrees. Doctor Sebastian Phautsch from WSU said that on that day, temperatures varied across the city.

“Tench Reserve was a relatively cooler 45.2 degrees on that record breaking day, while St Marys reached 48.8 degrees. The difference between the two places is, one is dominated by green and blue infrastructure, while the other has a high proportion of hard urban surfaces,” he said.

“Without trees, summer heat becomes unbearable. In new housing estates where you have small blocks almost completely covered by houses with black roofs, it means there is simply no space to grow a meaningful canopy.”

Penrith mayor Ross Fowler said the data would be used to inform and justify the city’s strategy for addressing urban heat through planning and design.

“We know anecdotally there can be vast temperature differences across our region,” he said, “But until now, we’ve lacked evidence to support and correlate this. Collecting heat data this summer will help scientifically inform decision making for our city and tackle rising urban heat. Importantly it also allows Council to advocate the business case to industry, the community and government, for doing things differently.”

Pfautsch said that the high levels of development in Western Sydney were a major contributor to higher temperatures in the region, and that the massive amount of development planned for the area had the potential to worsten the problem.

“The process of developing Western Sydney contributes massively to urban heat,” he said. “And we know how much growth is planned in this area, particularly with the new Western Sydney Airport and associated Aerotropolis precinct.”

“Unless we execute this with considerations for urban heat at the very forefront of our planning, 50-degree-plus summers will unfortunately become Western Sydney’s reality. The heat difference already measured on 4 January, between Tench Reserve and St Mary’s, is just a precursor of what lies ahead for Penrith.”

The full data set will be available in mid 2020. 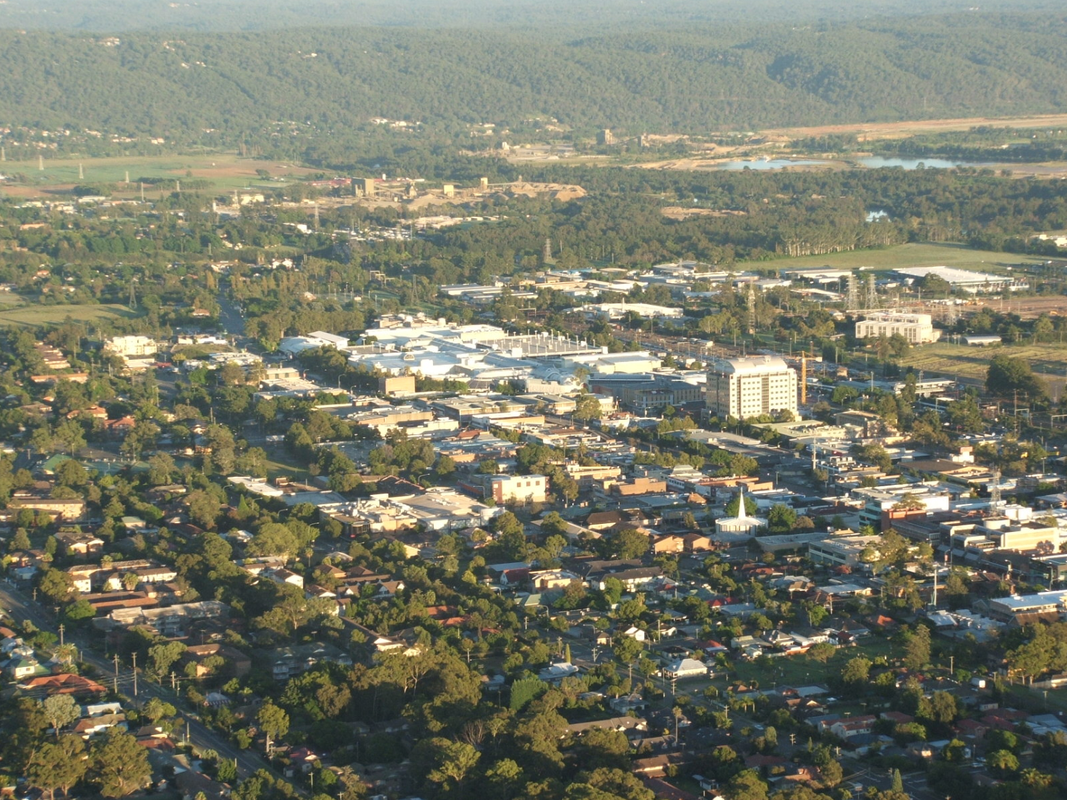 Aerial photograph of the Penrith CBD.