A scene from the Women’s March on Washington, Washington DC, January 2017.

In a recent address to the World Architecture Festival in Berlin, Patrik Schumacher, director of Zaha Hadid Architects, provocatively advocated for the deregulation of the city of London, leaving its housing, public space and cultural institutions to be shaped entirely by capital investment. Meanwhile, across the Atlantic, the then US president-elect Donald Trump – himself with no government experience – announced major government positions for candidates drawn from the private sector. Both instances have provoked alarm within the design community, raising questions about the challenges to public life, social and environmental justice. Immediately following Trump’s election, Places journal pledged to “redouble” its commitment to confront, among other things, the erosion of the public sphere and civil liberties and to continue to work to address urban inequality and climate change.

In light of these recent events, the Proactive Practices research project has grown in significance. The project originated from the questioning of the social impact of design projects. There has been a tendency within design to conflate an extensive focus on public work with a practice that operates with a high level of social accountability. Public projects often contribute little ongoing social value – with some even weakening the social fabric of the very communities they wish to engage. The Proactive Practices project aims to uncover the characteristics and workings of a successful public interest design practice.

Emerging over four years ago, the project is a collaboration between Nick McClintock (research associate and designer, Port Urbanism) Mia Scharpie (designer and “creative changemaker,” Creative Agency) and Gilad Meron (independent designer, researcher and writer). McClintock’s master’s studies at the University of Pennsylvania School of Design offered a valuable research platform, while the National Endowment of the Arts and Penn Praxis provided funding. The trio, who all had experience working for not-for-profit organizations, were inspired to develop the project following increasing interest among their peers in alternative models to conventional practice.

Importantly, the research by Proactive Practices does not showcase projects, but instead examines how practices structure their business models to support a commitment to public interest design that foregrounds economic, social or environmental impact. Ten design firms were selected for analysis. Each firm maintains a core design practice such as landscape architecture, architecture or product design, and shares the intent to develop a new practice model shaped by social agendas, as distinct from running a practice that contributes a percentage of its time to pro bono work. Organizational structures, design methodologies, financial structures and business models were documented to uncover the successful tactics, innovations and characteristics of practices that operate as a long-term not-for-profit firm.

While the North American model of foundations and philanthropy (as distinct from government) driving many community programs differs from the Australian context, the case studies still offer many lessons. The research found that a consistent attribute of successful not-for-profit firms was their proactiveness in what McClintock describes as “working up stream.” Firms that embed themselves into community processes and issues, well before the formalization of any design projects, develop a stronger understanding of community issues and values. Significantly this engagement reveals the people and networks for designers to work with during the development of subsequent design projects. This strategy is not driven by opportunism, but instead reflects a desire to develop projects with a strong local accountability, breaking from historic patterns of designers (largely white middle-class men) making promises to communities that are inappropriate, unrealized or unsuccessful.

However, this longer-term approach raises questions about how firms incorporate unpaid front-end work into their business models. Strategies are diverse. For example, the architecture firm Inscape Studio, based in Washington DC, adopts a hybrid business model drawn from social entrepreneurship. The firm had a history of working pro bono, but following the recession of 2009 the directors used the disruption to fundamentally restructure the practice. A parallel non-profit firm (Inscape Publico) was formed, which could provide schematic design for non-profit clients, fundraise and apply for grants. Once these projects are funded (a process that can take years), clients can then choose to work with Inscape Studio for market rates. This process has slowly reshaped the profile of Inscape Studio, with over 40 percent of projects in 2015 originating from Inscape Publico.

The detailed case studies, which document both successes and failures, highlight the importance of practices developing a focused understanding of what they, as designers, can contribute. For example, the internationally focused Ideo.org, which aims to use a design-led approach to impact on poverty, has developed four long-term programs to structure their organization – Health XO, Financial Health, Amplify and Launchpad. These programs build the organization’s expertise and capacity through sustained engagement and research, rather than the organization being driven by one-off projects.

Over the next month, further case studies will be released on the research project’s website, proactivepractices.org, with plans to translate this research into practice notes. The research is attracting increasing interest, including recognition from the Association for Community Design, A Better World by Design and Impact Design Hub. No doubt this momentum will continue to grow as the impacts of contemporary political changes on the public and environmental spheres become more evident over the next year. The Proactive Practices project offers a timely resource to guide the sector as it shifts toward more socially driven models during this time of uncertain politics. 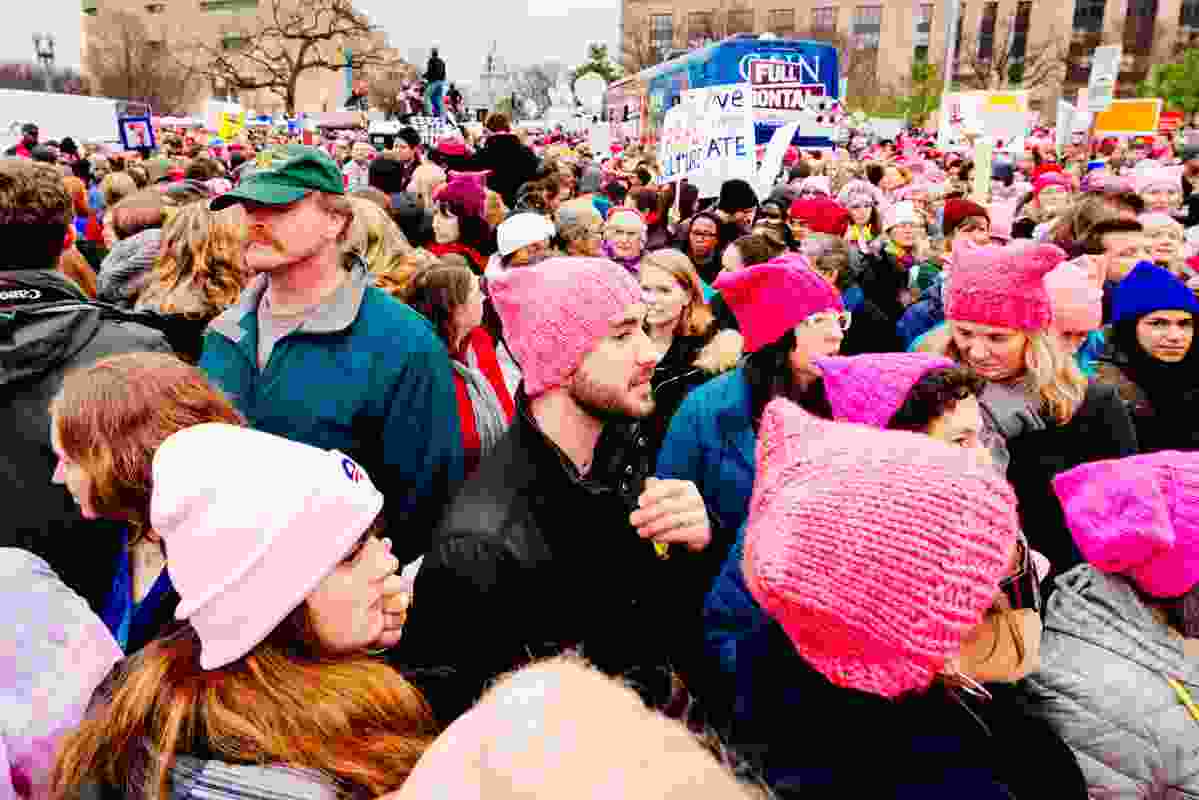 A scene from the Women’s March on Washington, Washington DC, January 2017.