Biodiversity in urban areas is dependent on greening initiatives

But when Europeans arrived in Australia, by all accounts, they were met by First Peoples all over this country who were healthy and well-nourished.

Here in Victoria, it is known that the peoples of the Kulin Nations utilised and had intimate scientific knowledge of more than a thousand species of plants. Because of the ravages of colonisation it is extremely likely there were many, many more which have remained unrecorded.

The Living Pavilion, which runs until 17th May at the University of Melbourne, is a recyclable, biodegradable, edible and biodiverse event space and living laboratory that celebrates Indigenous knowledge, ecological science and sustainable design through participatory arts practice.

As an Indigenous-led project, The Living Pavilion is a call to the need for First Nations perspectives, histories and culture to take centre stage in the face of increasing ecological uncertainty. The work strives to forefront the specificity of the University campus as a Wurundjeri place.

The Living Pavilion features an artistic representation of Bouverie Creek, that once flowed through the site but is now hidden under concrete, designed by Aboriginal artist Dixon Patten.

The site is transformed into a haven of biodiversity and Indigenous stories through the installation of over 40,000 Kulin Nation plants alongside artworks, performances, talks and gathering spaces that celebrate Melbourne’s eclectic flora and fauna.

The aim is not to recreate the landscape before disruption, but instead seek to corrupt the imposed landscape to reveal hidden stories of this Wurundjeri place.

A large part of the project has been focused on telling the stories of the 40,000 plants that form part of the design from an Aboriginal perspective. For example, the many grasses on display feature narratives which highlight their importance to Aboriginal people as the first bread-makers, with grass seeds being utilised to produce flour for at least 36,000 years.

Research presented with the grasses also highlights their uses in producing technologies such as nets and animal traps integral to subsistence.

The many wattles featured have been used to share information about the ways in which Aboriginal peoples have carefully observed plants over millennia to understand every possible use for that plant. Australia’s First Peoples have employed careful observation, the fundamental backbone of science, to survive and thrive in one of the harshest environments on earth.

Aboriginal peoples’ holistic relationships with all living things is celebrated and explored throughout the narratives of The Living Pavilion within the defining aim to ground the University of Melbourne’s Parkville campus as Wurundjeri Country, as part of Wurundjeri past, present and future, always highlighting Wurundjeri peoples and culture as living, continuous, present and very much alive today.

When indigenous plants are reinstated within the environments they have thrived in for thousands of generations, cultural stories are reactivated. The opening up of cultural narratives invites all peoples to learn more of First People’s living culture but also more of the Country we all, as Australians, call home.

The place-specific context within which the plants have been chosen, researched and presented may act as a portal though which people may better understand the living culture and knowledge systems of the people of the Kulin Nations and First Peoples of Australia further afield.

It is also our aim for people to better appreciate and understand the value of reclaiming imposed landscapes using indigenous plants to bolster biodiversity within urban areas, most especially along remnant habitat boundaries where nature and larger urban environments meet.

It is popularly perceived that urban areas have a lack of biodiversity but studies of the City of Melbourne over the past 20 years have identified over 1,800 species of insects, fish, frogs, reptiles, birds and mammals. Biodiversity in urban areas is dependent on greening initiatives. The hive of activity in insect populations on the site of The Living Pavilion, which have been tracked as part of our broad research on site, are already showing a marked acceleration in plant and insect interactions.

Indigenous plants are sustainable, climate tolerant, require little water and are a favoured habitat and source of food for many native animals which are still very much a part of biodiversity within all urban areas, even cities.

It is our hope the stories being told, through aspects such a design, research and programming, will help a wide audience to see this ‘urban’ space in a new context. To come to know some of the hidden stories of this place.

The Living Pavilion is the seventh iteration of a series of projects called ‘The Living Stage’ which explores how participatory arts can act as a medium to build community resilience in response to climate change and biodiversity loss.

The arts have been used as a communicator for change over the last few years. The Living Stage concept, of which the pavilion is an example, has progressively become more engaged in place-making tactics through the participation of local communities in creative processes, and the desire to enhance the connectivity and integration of more-than-human places in response to climate change, social inequity, food scarcity and biodiversity loss.

Since making its debut at the Castlemaine State Festival in 2013, the concept has travelled to Cardiff, Glasgow, Armidale, New York and Lorne, winning multiple awards. As each living stage evolves out of a direct response to the localities of site, ecology and community, no project is ever the same.

This careful attention to detail allows us to value the subtleties and uniqueness of place and to celebrate in its authenticity.

This is what First Nations-led projects do, they allow us to open up new approaches and aesthetics that powerfully and undeniably assert and celebrate the presence of Aboriginal place to create thriving cities of the future.

This article was first published on Pursuit. Read the original article. 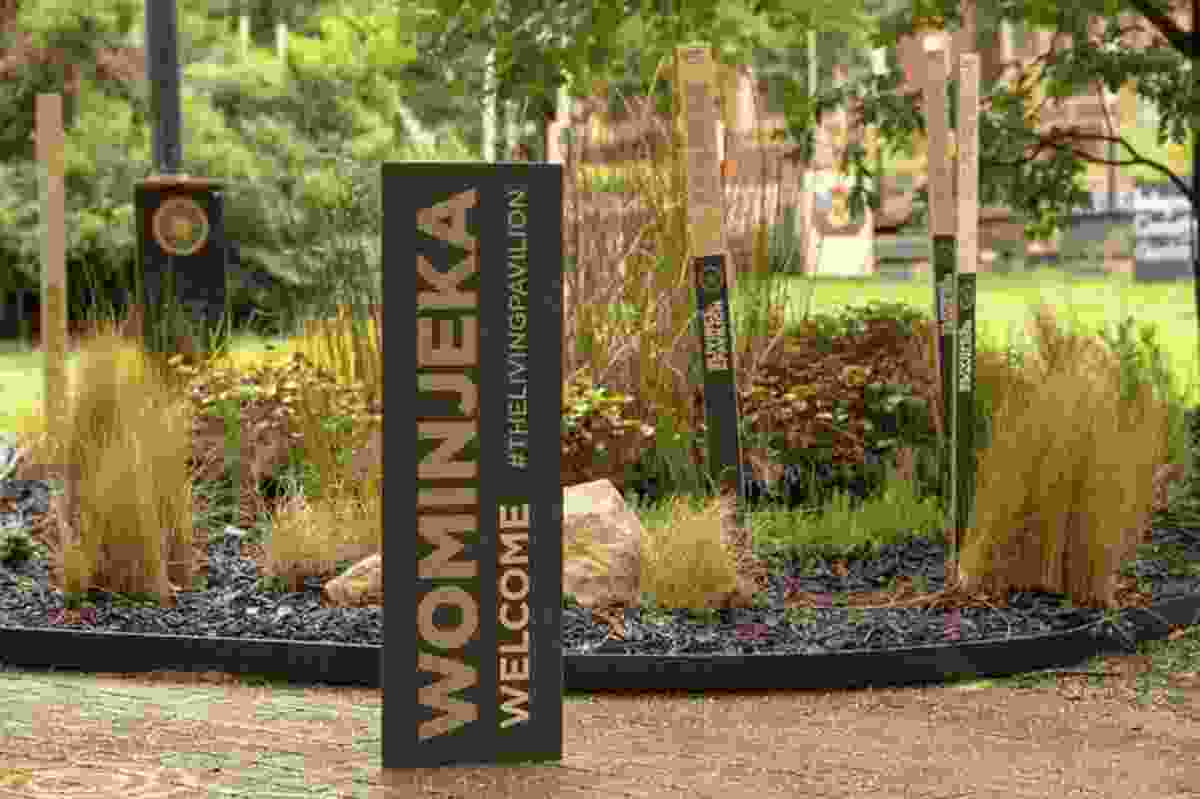 Biodiversity in urban areas is dependent on greening initiatives 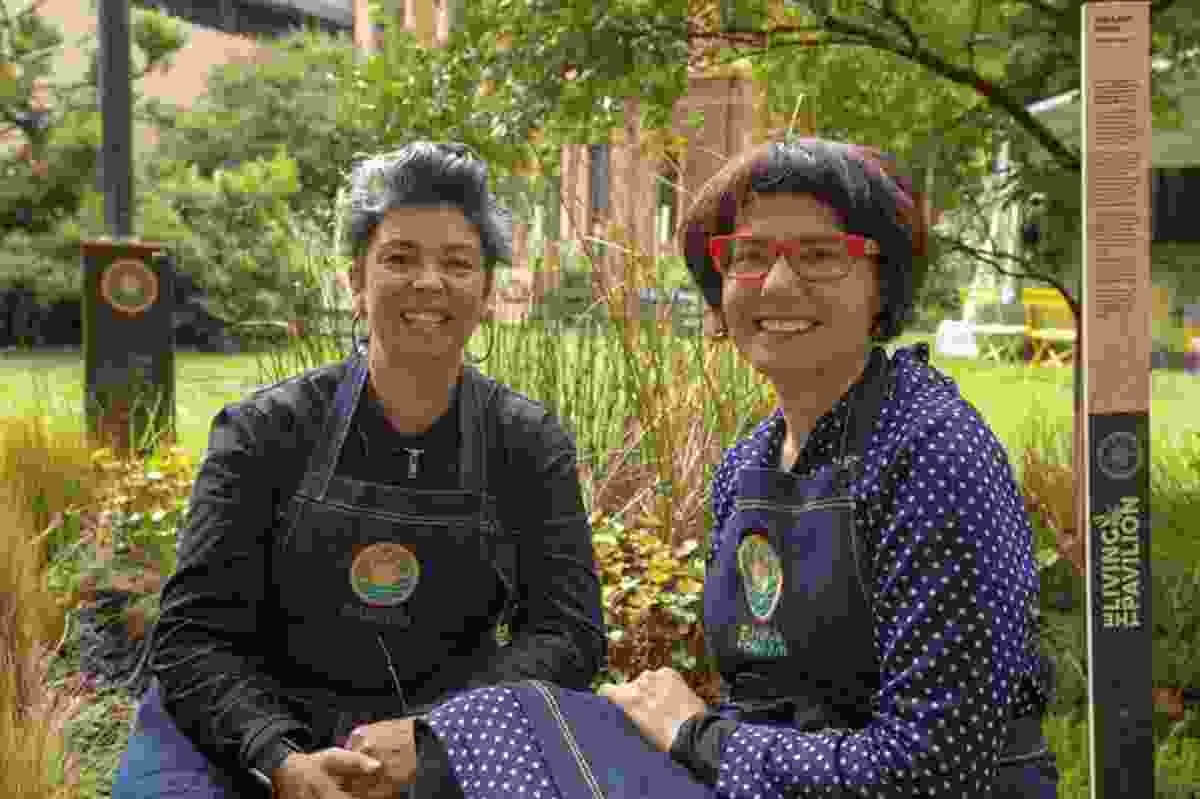 Zena Cumpston and Dr Tanja Beer at the launch of the Living Pavilion, University of Melbourne. 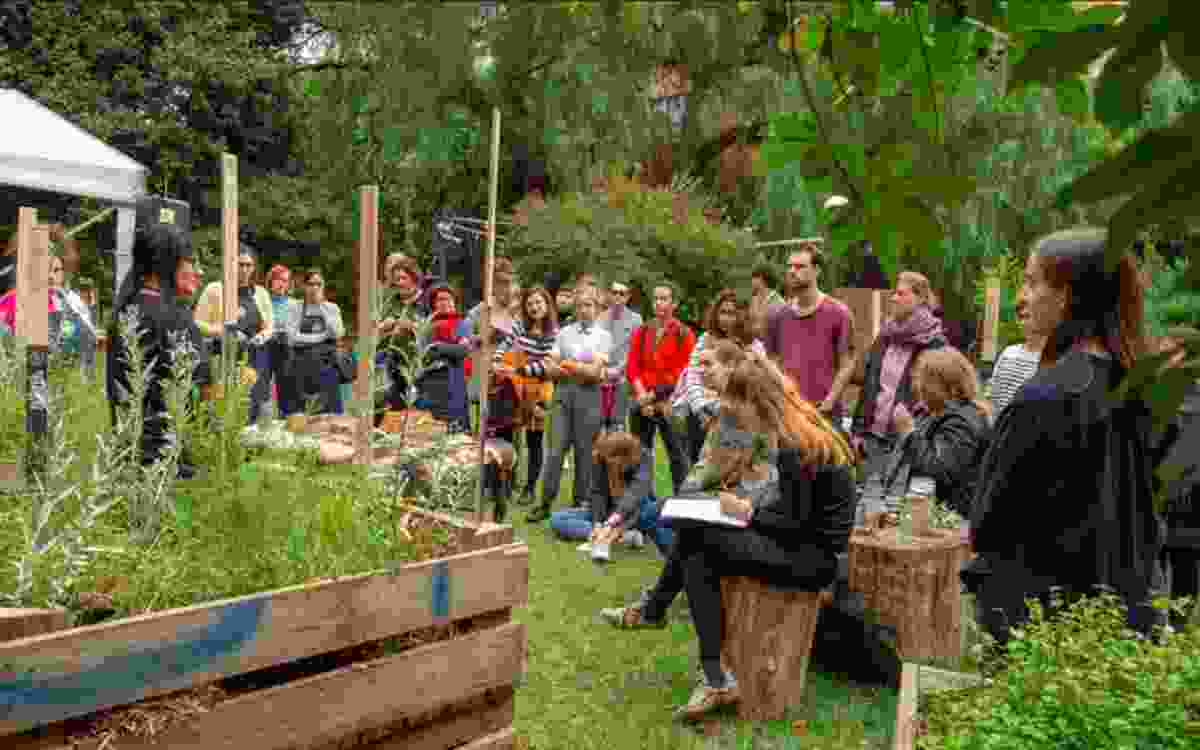 Aboriginal peoples have carefully observed plants over millennia to understand every possible use. 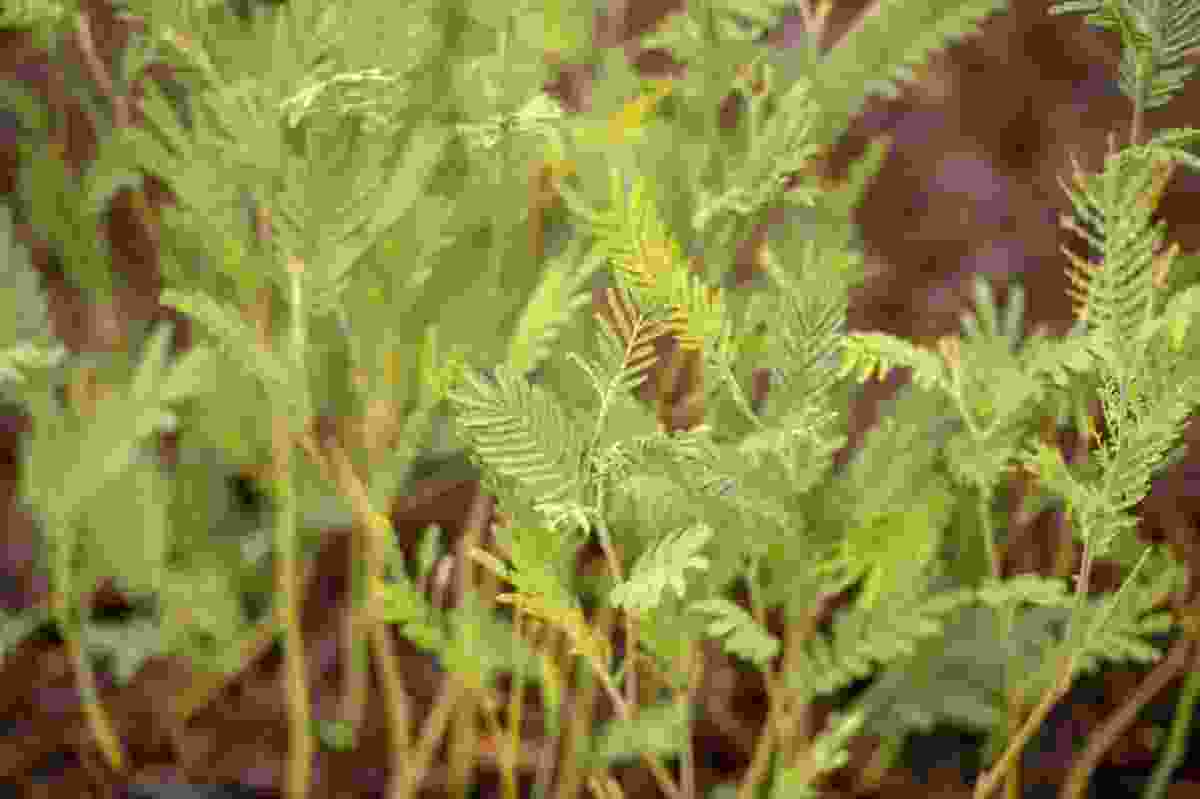