From the landscape architect: This multi-award winning 2.5ha post-industrial waterfront park is located on a remediated lubricant production site on the Birchgrove Peninsula in the inner reaches of Sydney Harbour. The site’s richly layered history includes occupation by Indigenous people, construction of the ‘Menevia’ marine villa in the 1860s, quarry use for ship ballast and finally petroleum distillation by Caltex from the 1920s until 2002. As lead consultant, McGregor Coxall undertook project management, design development, construction documentation and administered the construction contract for the client. This project’s design is driven by a strong environmental agenda where recycled materials are used site-wide. Wind turbine generators reflect a movement away from fossil fuels and an integrated stormwater management and recycle system ensures that all stormwater entering Sydney Harbour from the site has been cleaned prior to its discharge.

INSPIRATION AND CONTRIBUTION TO PUBLIC LIFE

The function of the park is to provide picnic and harbour viewing areas for the enjoyment of locals and the general public. The success of the design has been underlined by the unanimously positive response from park users and the high use the park has experienced since opening. The design challenges the concept of children’s play areas in parks of this nature. McGregor Coxall took the position that they did not want to provide off–the-shelf play facilities but rather see the entire park as an opportunity for adventure, exploration and playfulness. This approach has been confirmed by the positive response we have had by face to face communication and emails that we have received from park users.

McGregor Coxall led a multidisciplinary team to design this 2.8 ha public park from an agreed masterplan by JMD design. The design development ideas were based around four overarching design concepts;

This project represents a new benchmark in sustainable design; rarely is the issue of sustainability used as the driving force in the design process. This design is premised on using the broken remnants of its previous use as the building blocks for the new. One of Sydney’s largest and visually dominant fossil fuel storage tanks has been converted into a renewable energy provider by reconfiguring its design by using wind turbines. The landscape retaining walls are constructed from reinforced earth using site soil and faced with recycled building rubble, site stormwater once directly discharged into the harbour is now directed to natural cleansing ponds, plants are grown from locally sourced seeds and soils/mulches are from recycled materials. Finally the timber is reused from recycled sources and the concrete is EC1.

Eight vertical axis wind turbines and an extract from a Les Murray poem, carved into recycled tank panels, form a sculptural re-interpretation of the site’s former largest storage tank. The wind turbines symbolise the future, a step away from our fossil fuelled past towards more sustainable renewable energy forms. 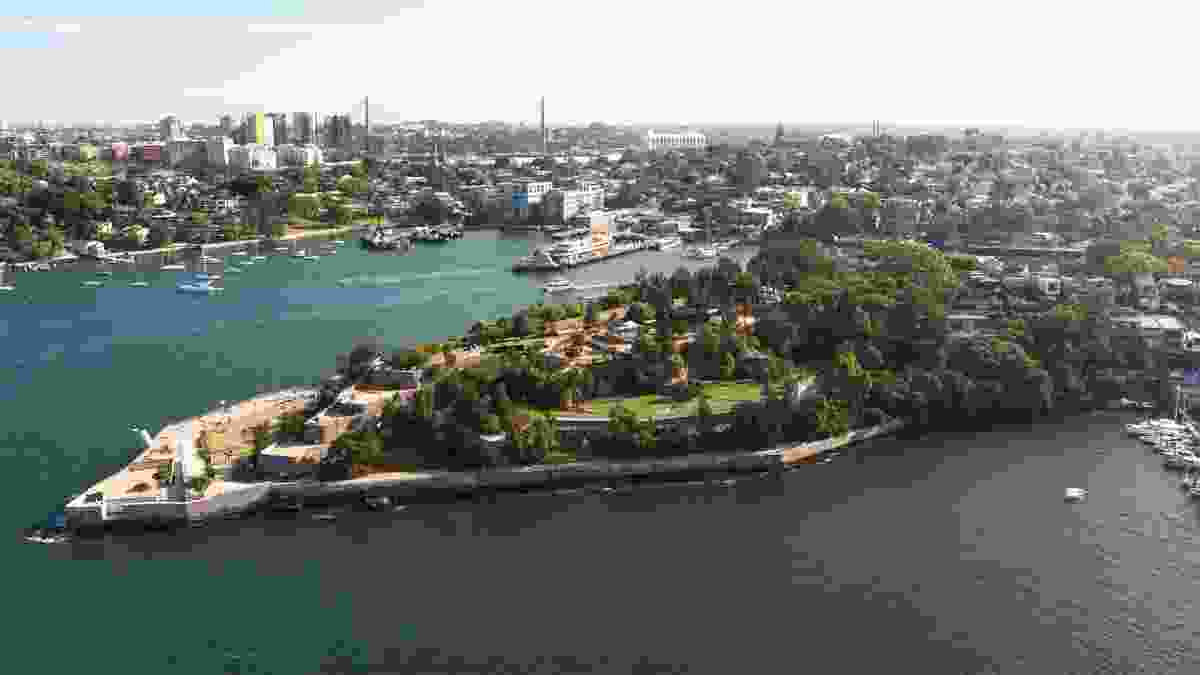 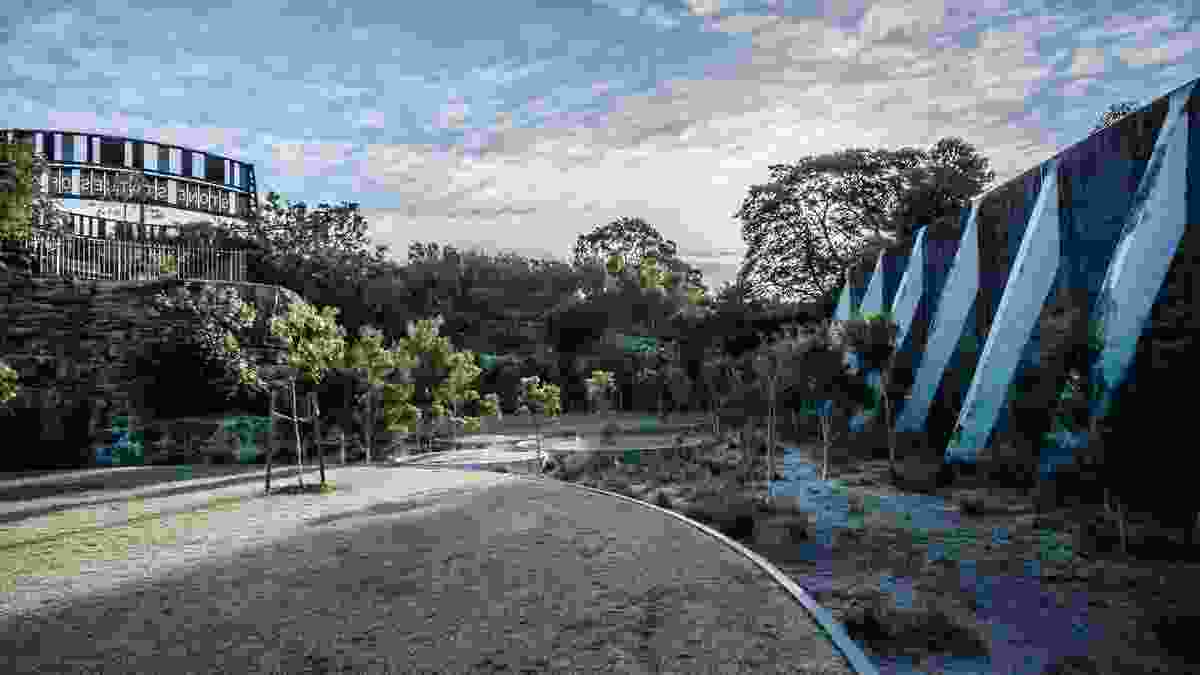 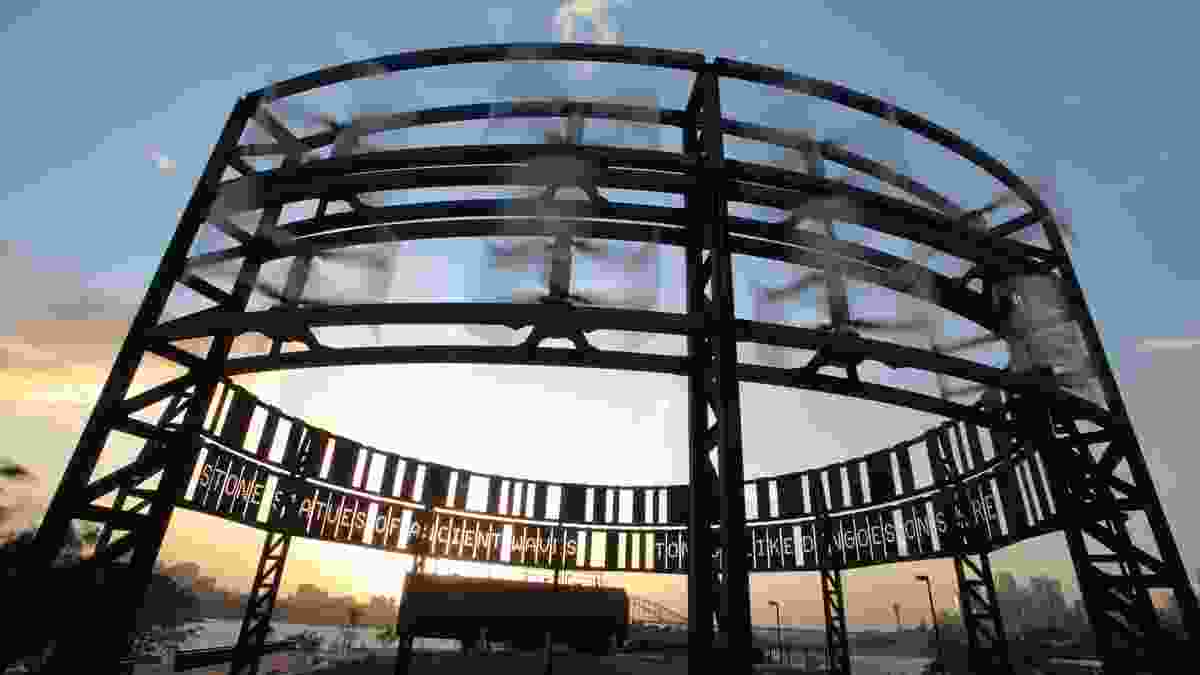 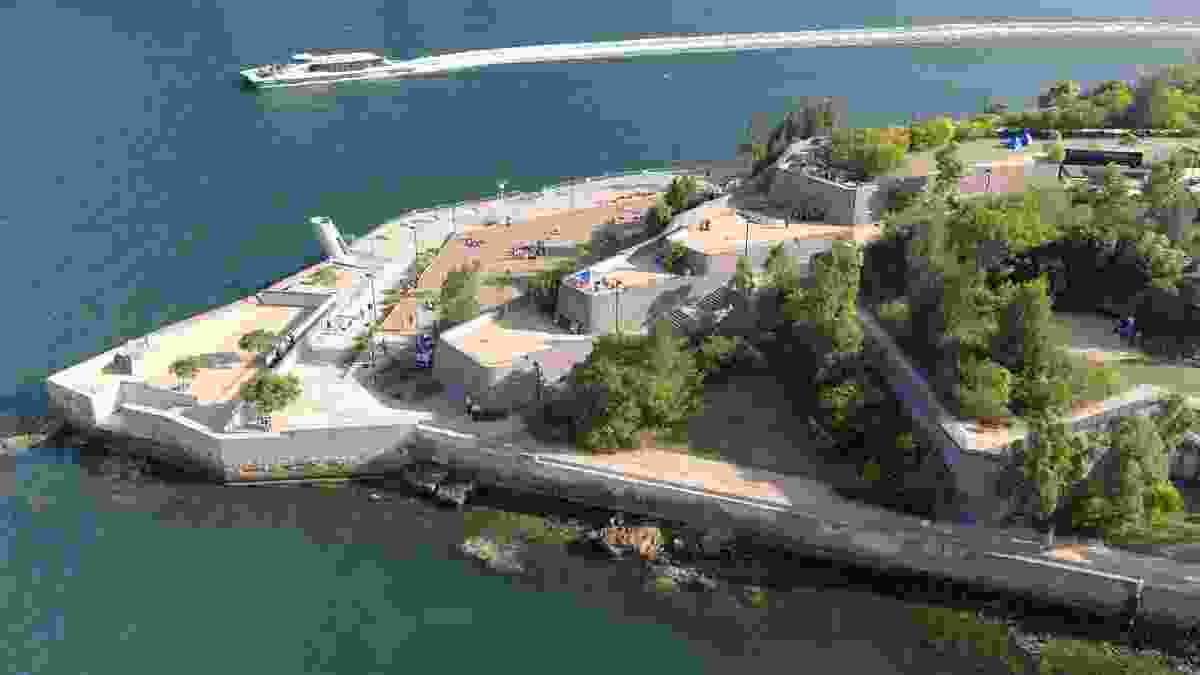 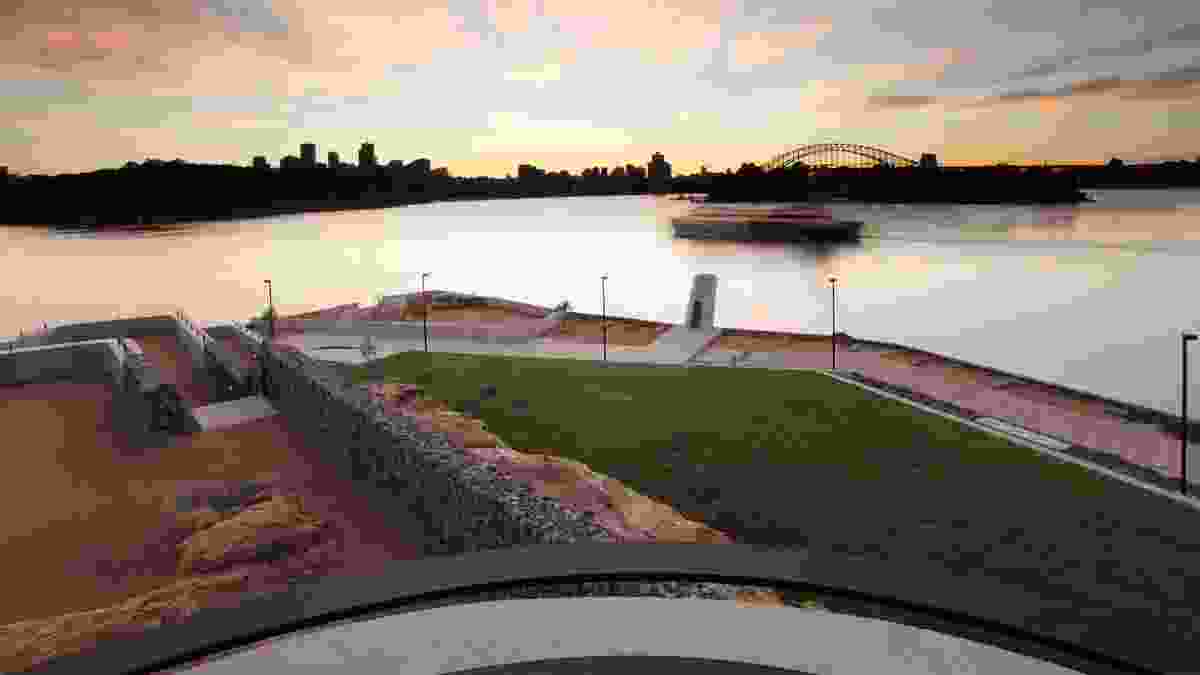 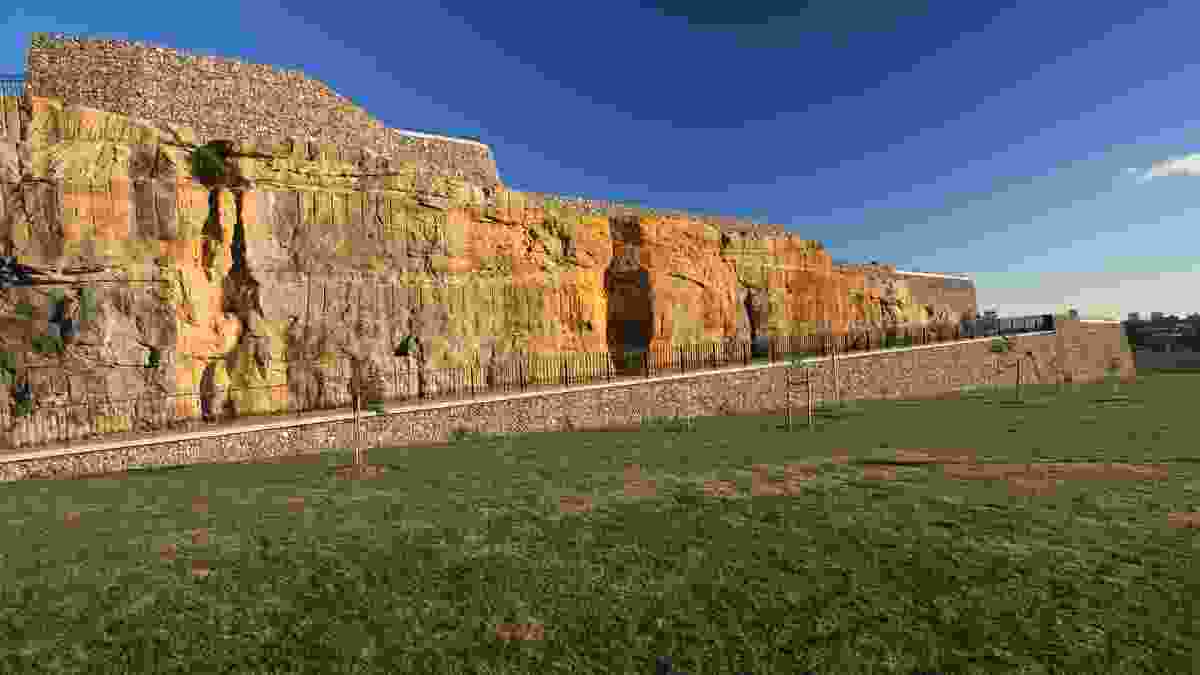 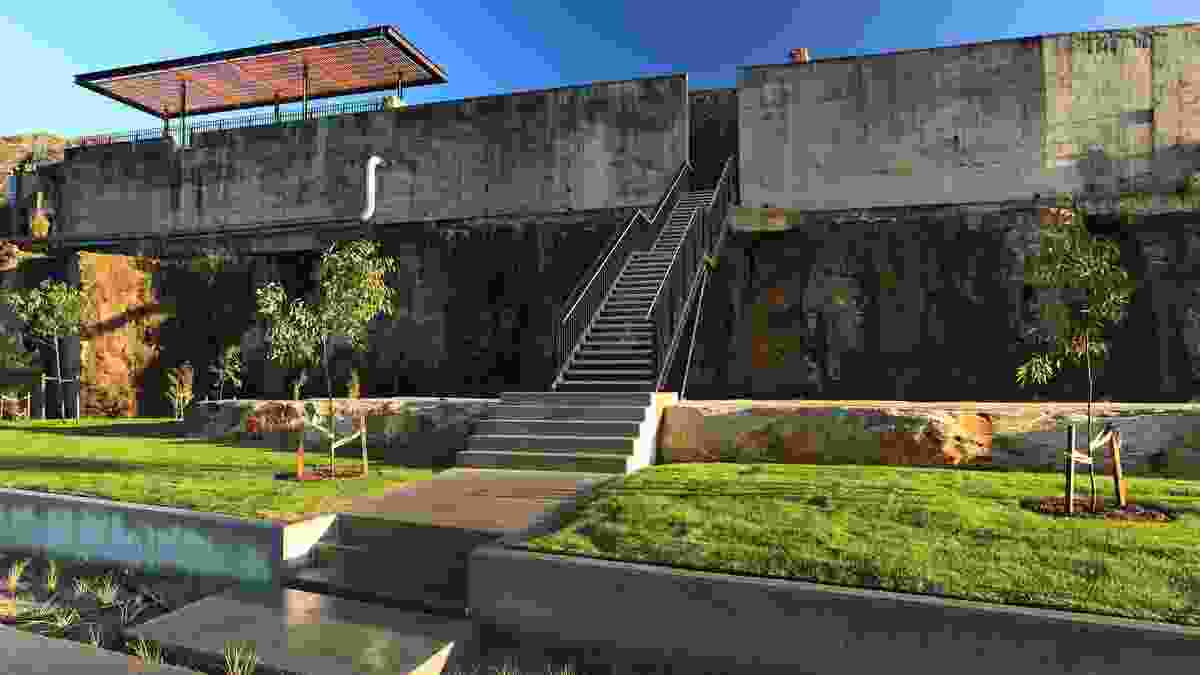 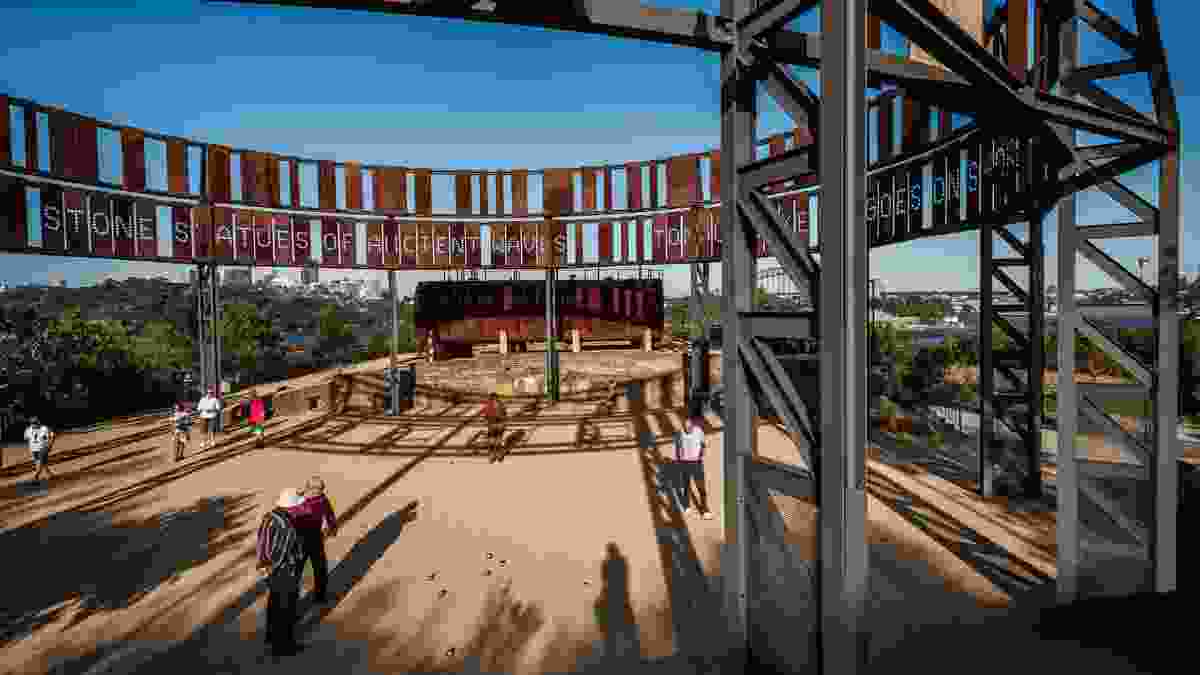 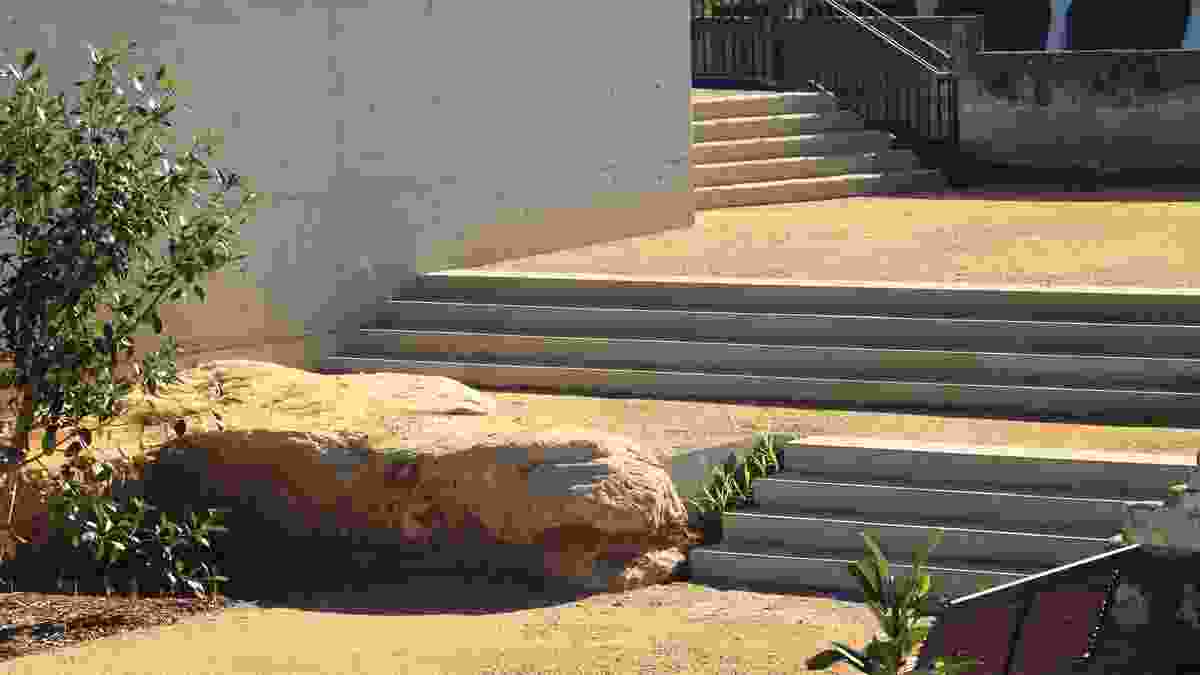 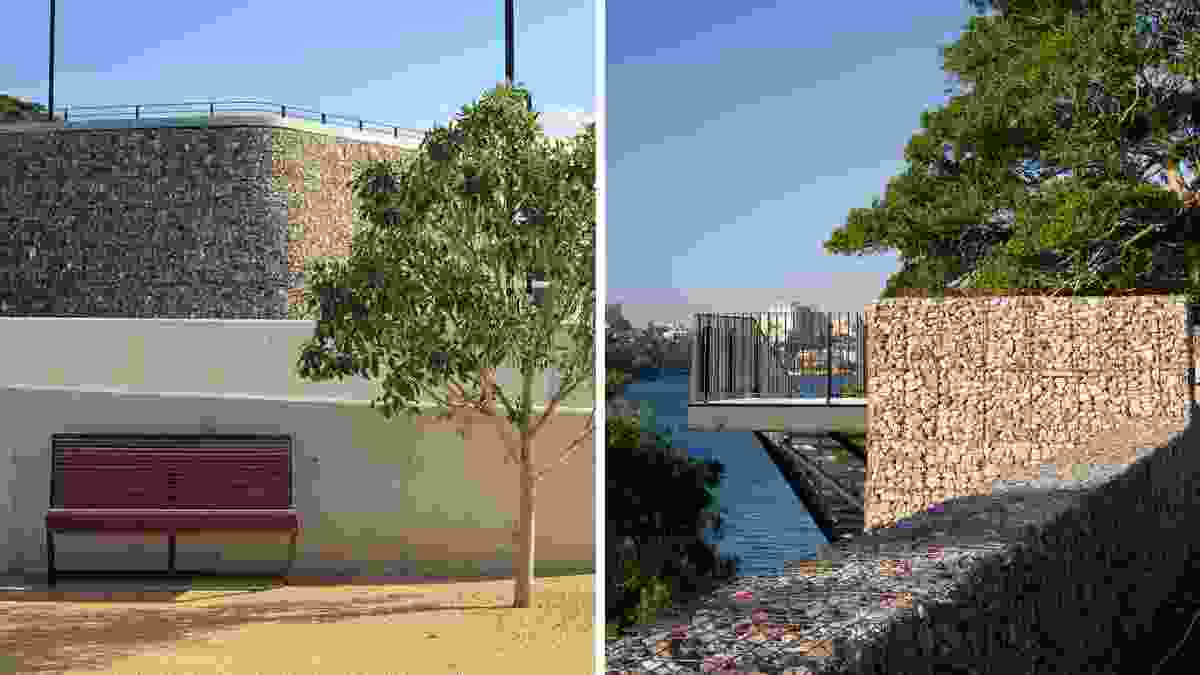 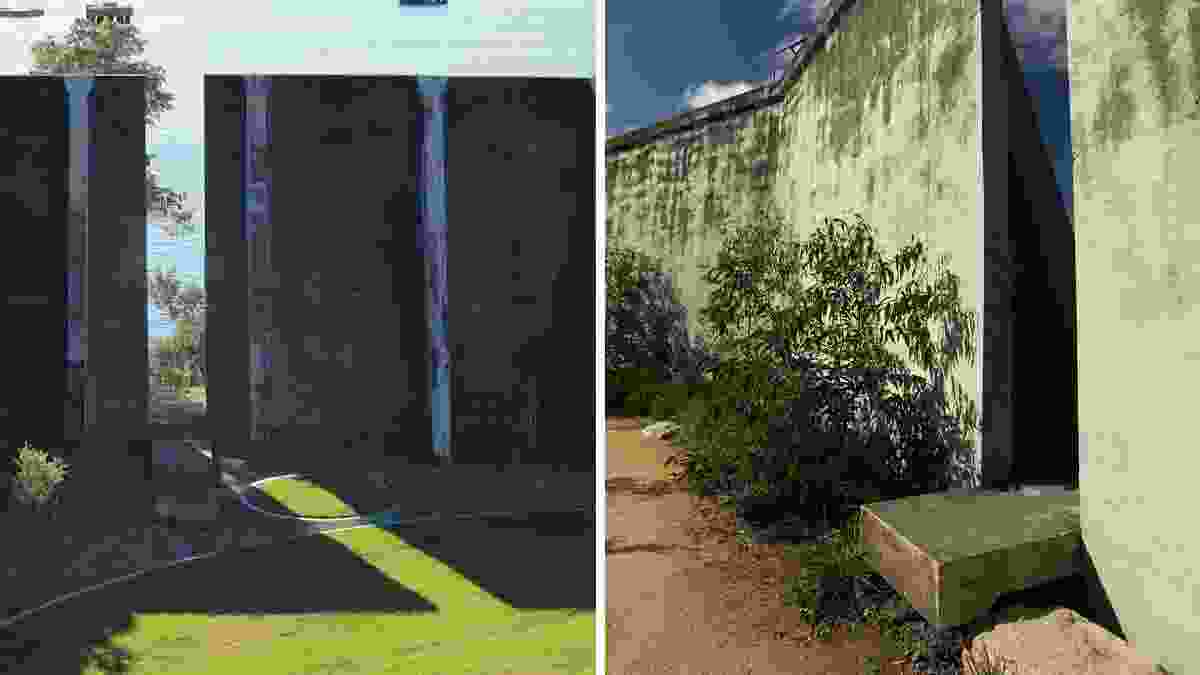 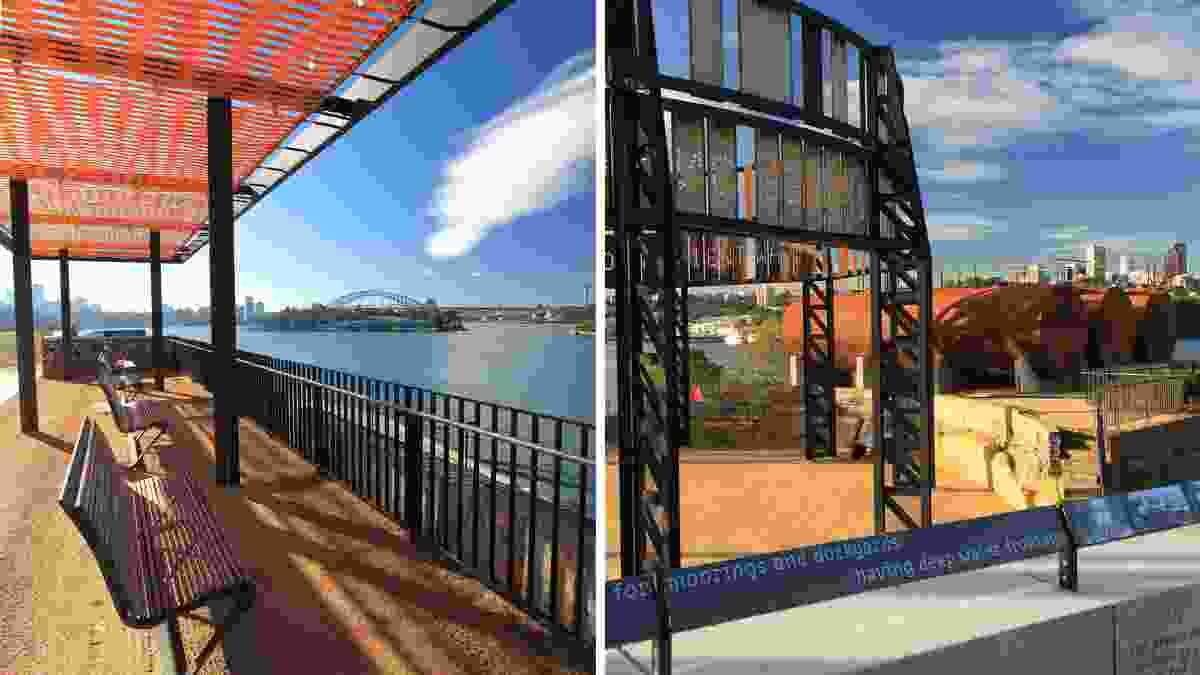