An exhibition of photographs of Tanzania’s Tarangire National Park by Melbourne-based architectural and landscape photographer Dianna Snape will be on display at Gollings Studio from 27 June to 11 July 2019.

Lines & Tangles will present a series of aerial photographic abstractions by Snape that explore the 2850-square-kilometre Tarangire National Park in Tanzania’s Manyara Region, in the country’s north-east. The park is notable for the wildlife that gathers in the area during the dry season and the river that provides a significant source of water for the animal population. The large-scale aerial photographs presented in the exhibition were captured by Snape at dawn from a hot air balloon that drifted according to the prevailing winds.

“The path and altitude [of the hot air balloon was] dictated by the direction and speed of the wind allowing the landscape to reveal itself through this randomness,” says Snape.

Together, the photographs survey the trails and tracks created by herds of migrating animals, the region’s distinctive vegetation (including the baobab trees) and the area’s arid topography.

All profits from the sale of the works in the exhibition will go to Bassari Children’s Home in Tanzania.

Dianna Snape: Aerial Abstractions of the Tarangire National Park will be on show from 27 June to 11 July at Gollings Studio in St Kilda. Members of the public are welcome to attend the exhibition’s opening on 27 June. For more information, go here. 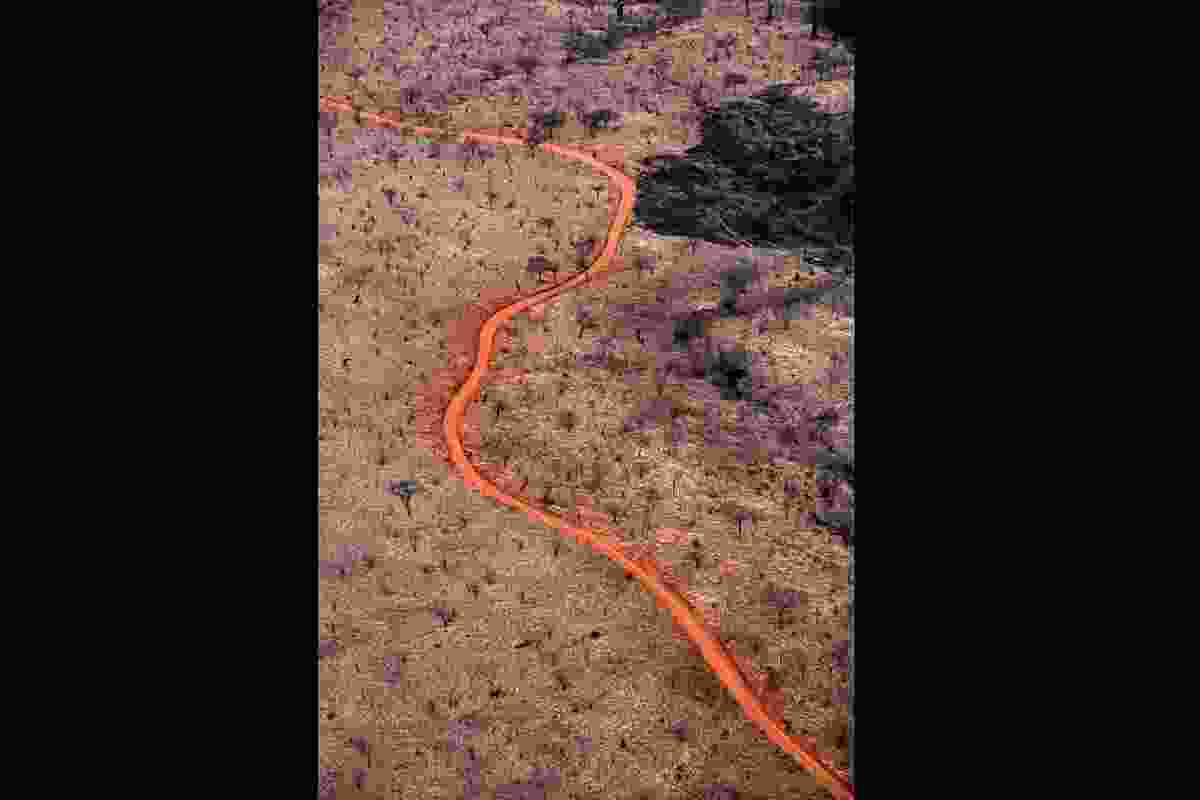