The City of Melbourne is seeking public feedback for a new, publicly accessible pocket park in the CBD that would be the first new public space in the city since the construction of Denton Corker Marshall-designed City Square in 1980.

Designed by landscape architects Oculus, the 1900-square-metre park would occupy the western side Market Street, including 1,300 metres of space currently used for car parking. The eastern side of the street would be reworked to include a dedicated bike lane.

The park comes as part of an agreement between the City of Melbourne and the developer of the abutting, 164-metre Collins Arch (colloquially dubbed “Pantscraper”) designed by SHoP Architects and Woods Bagot. The park will be developed by Cbus Property and handed back to the City of Melbourne for public use once complete.

The addition of the was park was negotiated by the City of Melbourne in 2014 in exchange for the council allowing the developer to flout the overshadowing controls. The tower proposal was initially rejected by the state planning minister because it breeched rules about overshadowing on the Yarra River and later approved when the height was reduced to ease, but not entirely prevent, overshadowing.

The park will feature a series of large, open lawn spaces on both Market and Collins Streets, with improved pedestrian access to the Collins Street tram stop.

A “playful terrace” will include water play elements and a paved plaza on Market Street could eventually host a café and public events.

Claire Martin, associate director of Oculus, said the park would be an “important addition” to the Melbourne CBD.

“The introduction of an open green space will help extend the urban forest for public enjoyment,” she said. “The park design is distinctly Melbourne, drawing on the materiality and history of the surrounding CBD streets and heritage buildings, incorporating elements of bluestone and sandstone.

“The park will feature a number of environmental and biophilic elements, including an extensive tree canopy of varying heights woven throughout the space which will help to mitigate heat, the evaporative cooling benefits of the adjacent water wall, and use of local materials and place based references.

“Perennial borders been incorporated to increase biodiversity in the city, utilizing where possible locally indigenous plants that were in the area prior to settlement.”

The council’s Future Melbourne Committee unanimously endorsed the plans at a meeting on 18 September. Community consultation closes on 10 October. 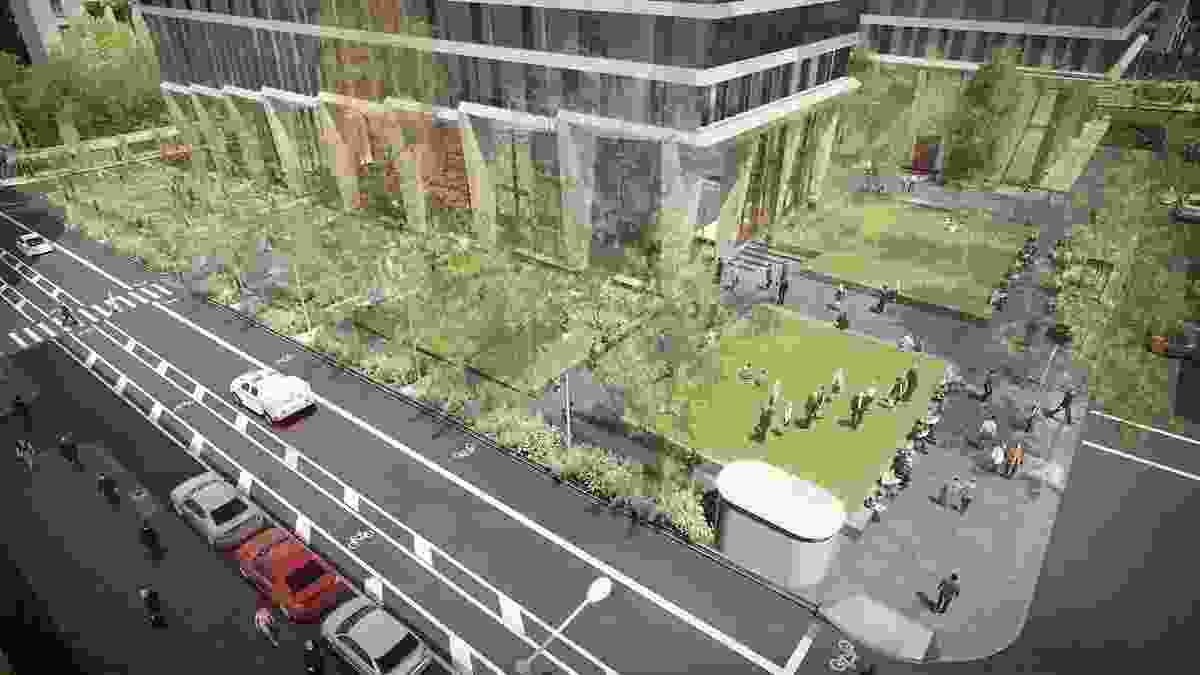 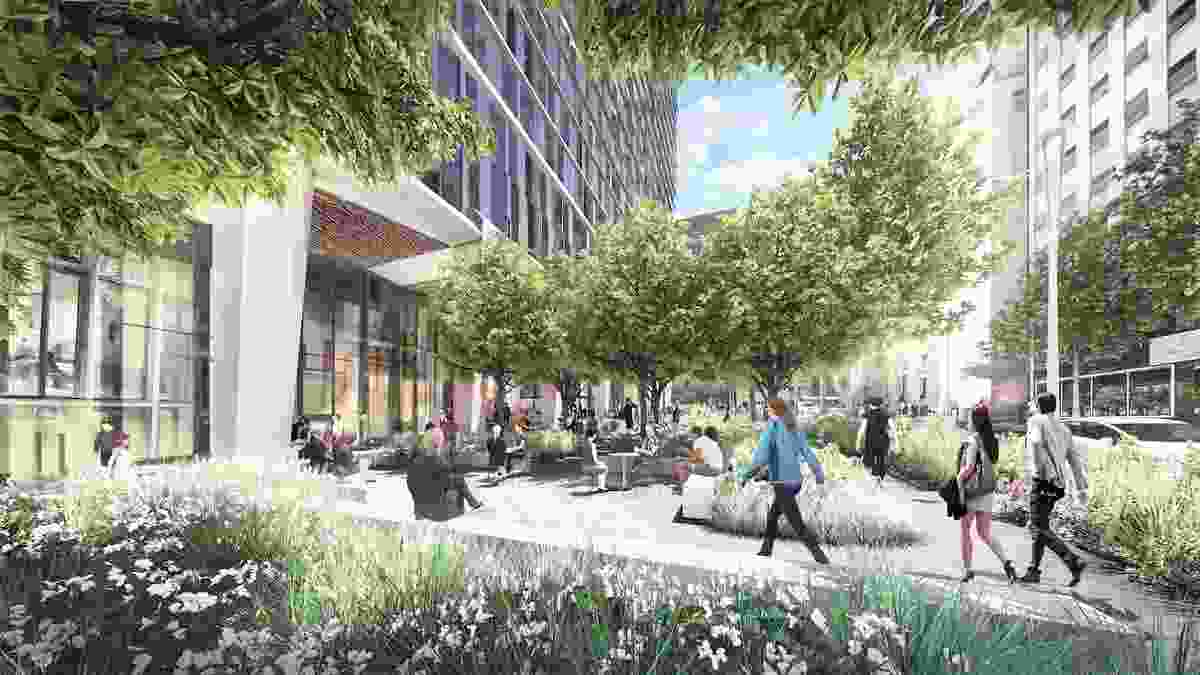 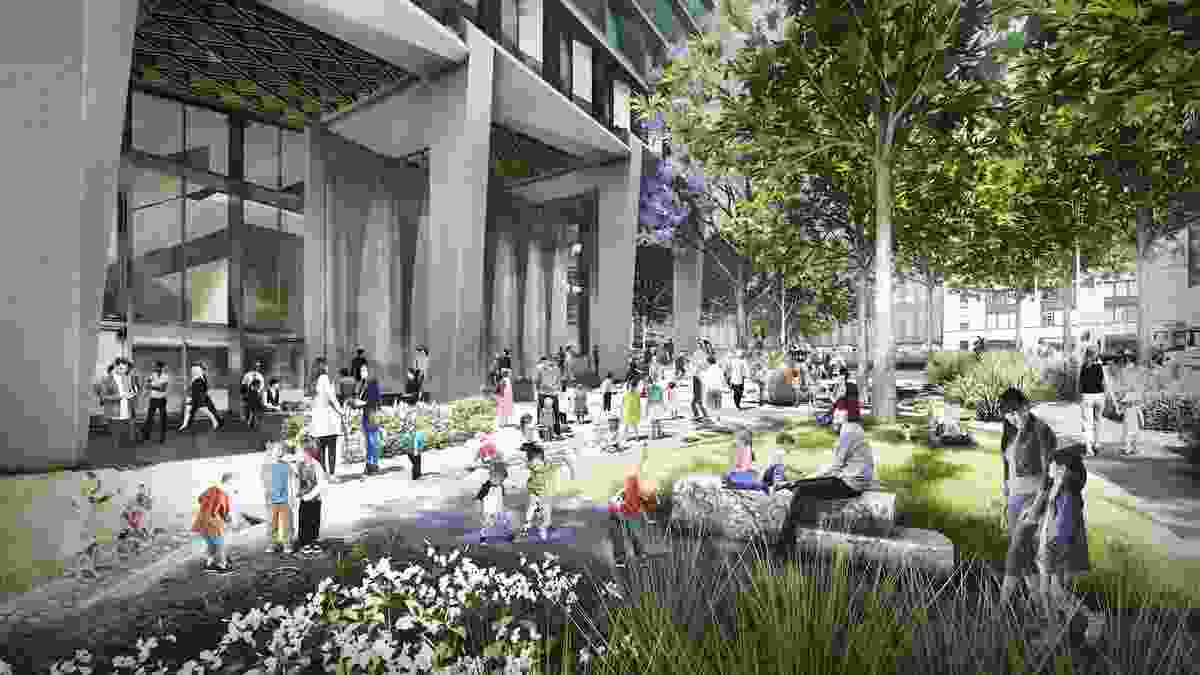