From the designers: Railway Square is a new public square constructed in the former Midland Railway Workshops. The Workshops are a cluster of late 19th century industrial buildings undergoing thoughtful restoration to create an urban village for a new era. Retaining its authentic industrial feel, the new urban village will be home to a range of residential, commercial, health, education, entertainment and creative industry uses.

Key to the character and history of the site was the Shunting Yards, the site of the Railway Square, which was the main area for manoeuvring locomotives, worker gatherings, ceremonies and political gatherings. The Shunting Yards have been identified as a place of exceptional significance and are to be preserved as an open public space that will interpret and celebrate the history of the site and provide a major civic gathering and festival space for Midland and the eastern region.

The space has been designed as a new contemporary public space, interpreting the sites former use by transforming heavy rail infrastructure into new social infrastructure. Railway Square is being transformed into a new civic heart for Midland, providing a destination public space surrounded by restaurants, cafes, a hotel, apartments and refurbished heritage listed buildings.

Set against the historical backdrop of Block One, the design of the square interprets the former use of the space through industrial materials, custom rail furniture, artworks and interpretative rail lines that run through the space. The rail lines have been designed to tell the stories of the site:

The Live Line is an existing live railway line that is integrated into the design of the square to allow trains to access the site and workshops during special events.

The Social Line brings to life the rich social history of the former workers and their families and includes a line of rail furniture for sitting, lounging, playing and meeting.

The Water Line is a linear misting and lighting feature that references the history of steam engines and movement of trains through the site.

The History Line consists of an interpretive artwork set between the rail tracks that tells the history of state wide rail connections from the site and the shunting of the rail carts on the site.

The Lost Line is a rail line that disappears into the ground interpreting the decline of the workshops in the 1990s and the repurposing of the site for a new community.

The design of the square brings together storytelling and place activation to create an inviting space for everyday use by locals and a high-performance event space capable of hosting larger events for the broader community. 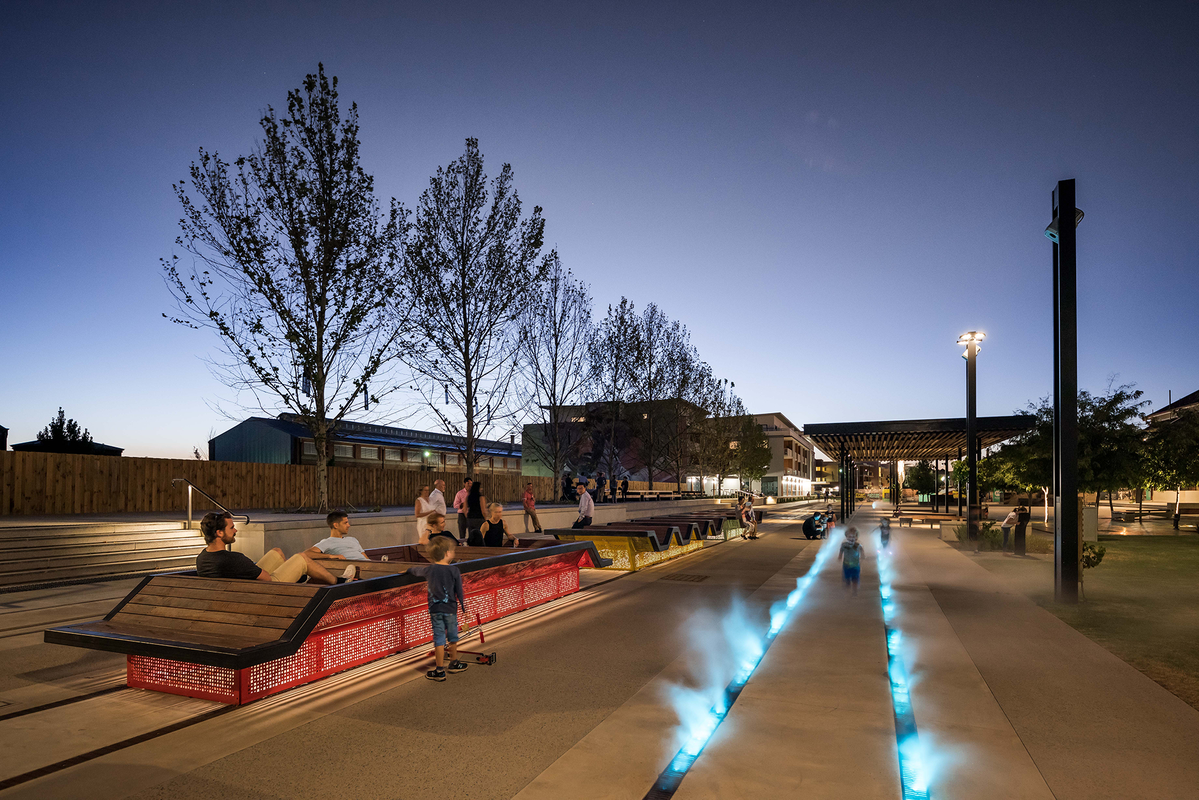 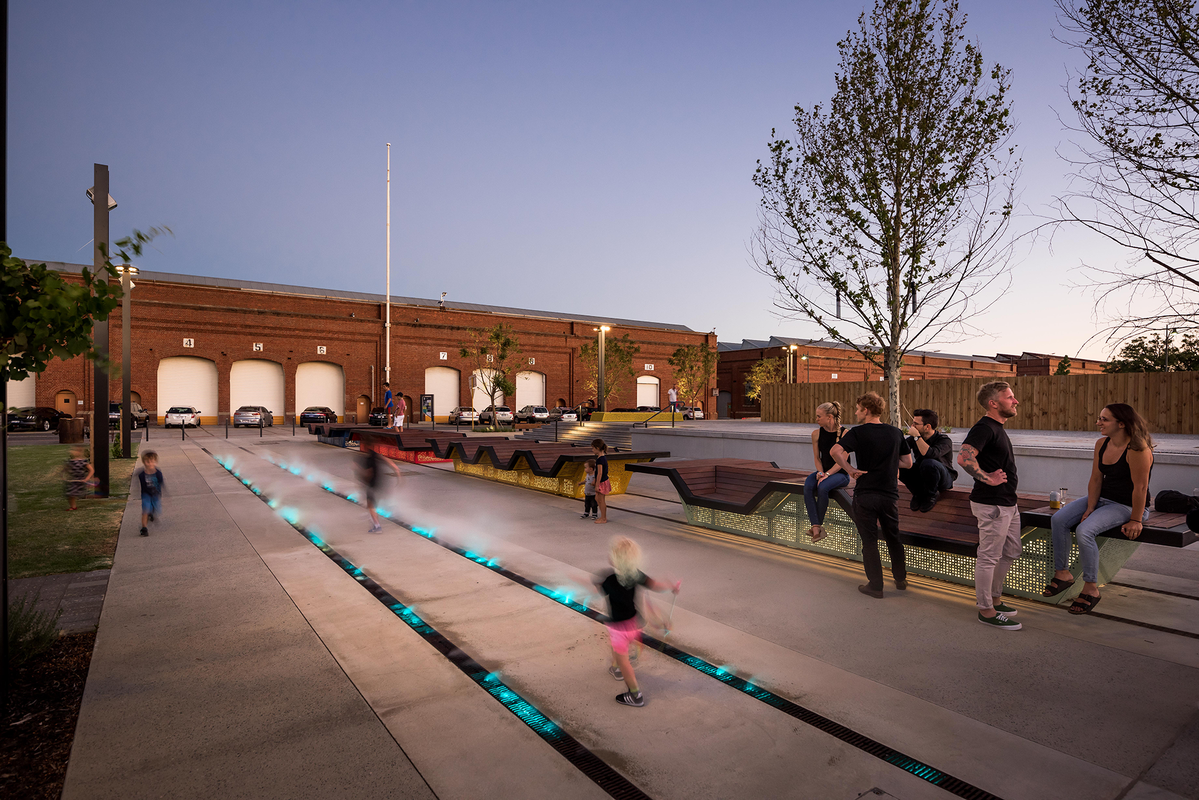