Is it time for minimum density controls?

Existing zoning around Patterson Station in the Melbourne suburb of Bentleigh.

The last few years have seen a clear shift by forward-thinking councils from minimum to maximum parking rates, in an effort to encourage travel mode shift away from the car. Just in March this year, Victoria’s Moreland City Council resolved to seek maximum parking rates in major activity centres and reduced rates in neighbourhood centres.

Is it time for a similar paradigm shift in relation to development density in the suburbs?

Every Melbourne metropolitan strategy since Melbourne 2030 has identified substantial urban consolidation as fundamental to accommodating housing growth in an environmentally, socially and economically sustainable way. The latest strategy, Plan Melbourne 2017-2040, seeks “at least 65 per cent of new housing in established urban areas … and no more than 35 per cent in growth areas.” In other words, it is bipartisan policy to increase density, not only in the central city and urban renewal areas, but also in the suburbs.

Where density controls are used in established areas, they unfailingly seek to limit, not promote increased density. Only last year, the state opposition proposed bringing back a two-dwelling density limit in the NRZ if they won government. In our growth areas, on the other hand —precisely where our metropolitan strategy seeks fewer dwellings — Precinct Structure Plans (PSPs) routinely include minimum dwelling densities. No wonder our sprawling metropolis is becoming ever more obese, as new homes are forced to the fringe. It is time we gathered the courage to actively promote increased density in our suburbs, rather than being apologetic about it.

So, if increased density makes our suburbs more liveable, environmentally sustainable, socially cohesive and cost effective, why aren’t we promoting it? It might be said that developers already seek to push the limits and squeeze as many dwellings on a site as possible. But the primacy given to existing neighbourhood character in our planning system effectively places a cap on density increases, and third party rights incentivise the path of least resistance over the optimisation of density.

So how might minimum density controls work? Perhaps London’s Public Transport Accessibility Levels method, which directs density based on access to public transport, might provide a useful guide.

Let’s look at an example. There is a small row of shops next to Patterson Station in the Melbourne suburb of Bentleigh. The 400-metre (5-minute walk) catchment around Patterson Station is almost entirely surrounded by NRZ land, where development is expected to respect the existing, predominantly single and double storey character. This is not because of heritage values — there is not a single property affected by a heritage overlay within 400 metres of the station. There are currently approximately 380 dwellings within this catchment.

Roll this out across all of our suburban stations and activity centres, and we might just achieve our policy aspirations for urban consolidation, and deliver a more liveable, sustainable, inclusive, healthy and equitable city. Is it time for minimum density controls?

This article was originally published in the May 2019 issue of Planning News (Victoria), vol 45 no 4, May 2019. It is part of a series titled ‘Reimagining the suburbs.’

Is it time for minimum density controls? 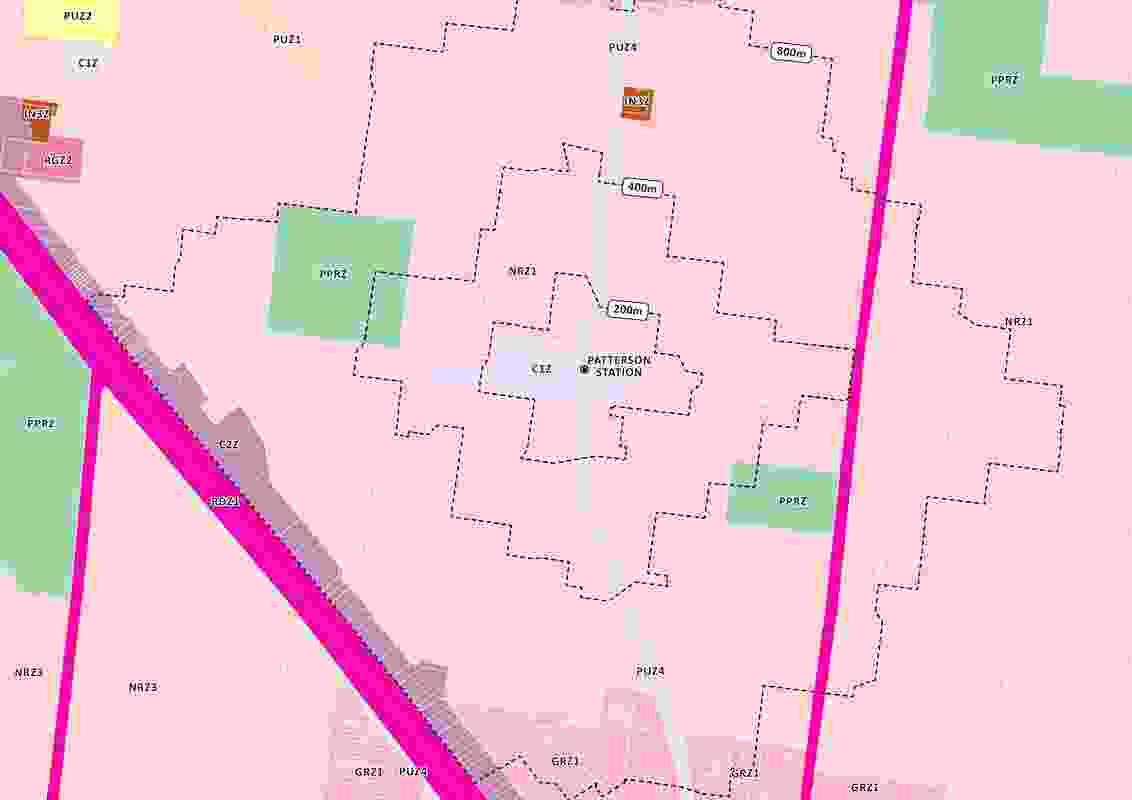 Existing zoning around Patterson Station in the Melbourne suburb of Bentleigh. 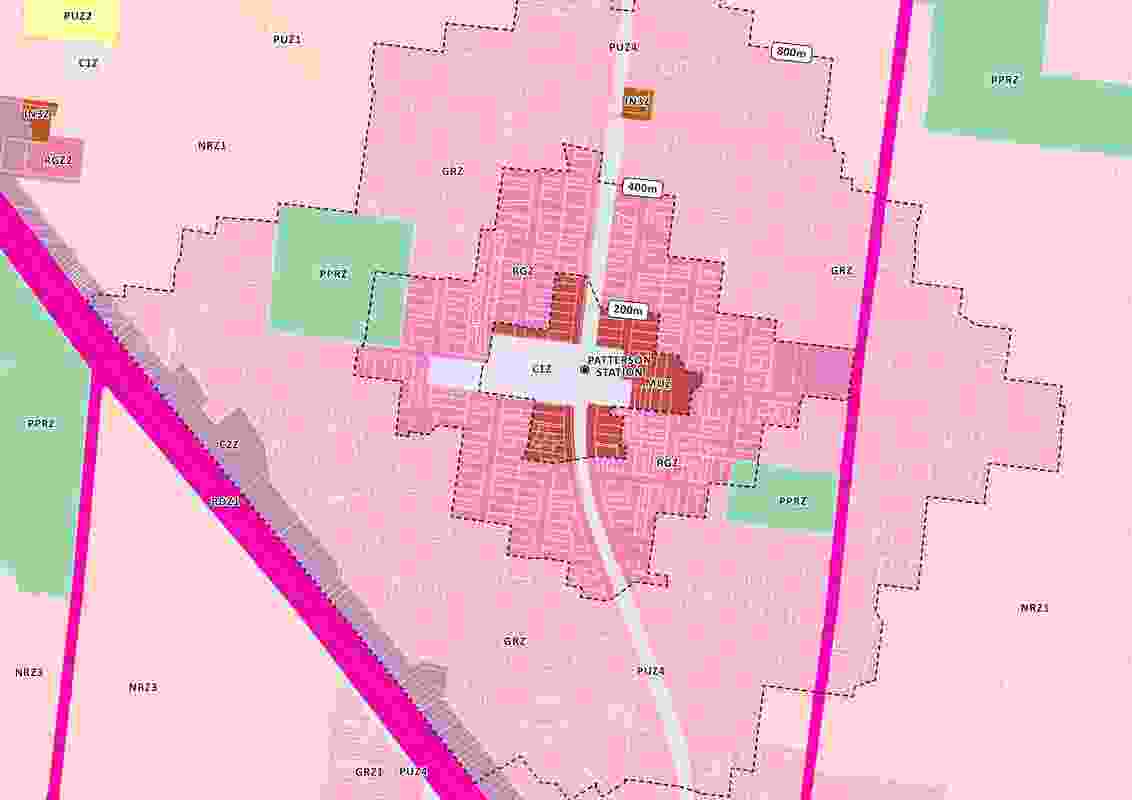 Proposed zoning around Patterson Station in the Melbourne suburb of Bentleigh.