The Royal Botanic Gardens (RBG) Victoria has launched a new online survey, which asks the public to contribute ideas that will help inform a new 20-year masterplan for the Melbourne Gardens.

Melbourne’s Royal Botanic Gardens was established in 1846 and occupies a 28-hectare site within the 123-hectare Domain Parklands. Its picturesque setting was the brainchild of landscape gardener and botanist William Guilfoyle.

“Now, with a changing climate, increased pressure on our urban green spaces and a new vision centred around how plants sustain and enrich life, it’s time for us to prepare for the next 20 years. We want [the public to submit their] boldest and bravest ideas!” said Tim Entwisle, director and chief executive of Royal Botanic Gardens Victoria.

The online survey asks for ideas on how to improve the gardens, and asks visitors to consider what’s missing from the existing gardens.

The masterplan will be developed by RBG Victoria’s project team, which includes landscape architect Andrew Laidlaw, who designed the recent projects such as Guilfoyle’s Volcano and the Fern Gully raised boardwalks.

The survey is open until 31 August.

The City of Melbourne is also conducting a separate masterplan of the Domain Parklands, which incorporates the Royal Botanic Gardens Melbourne, Shrine of Remembrance, Sidney Myer Music Bowl, Government House, Alexandra Park, Alexandra Gardens, Queen Victoria Gardens and the Kings Domain. It is currently in the second phase of a community engagement process.

The Domain Parklands was added to the Victorian Heritage Register in 2013. 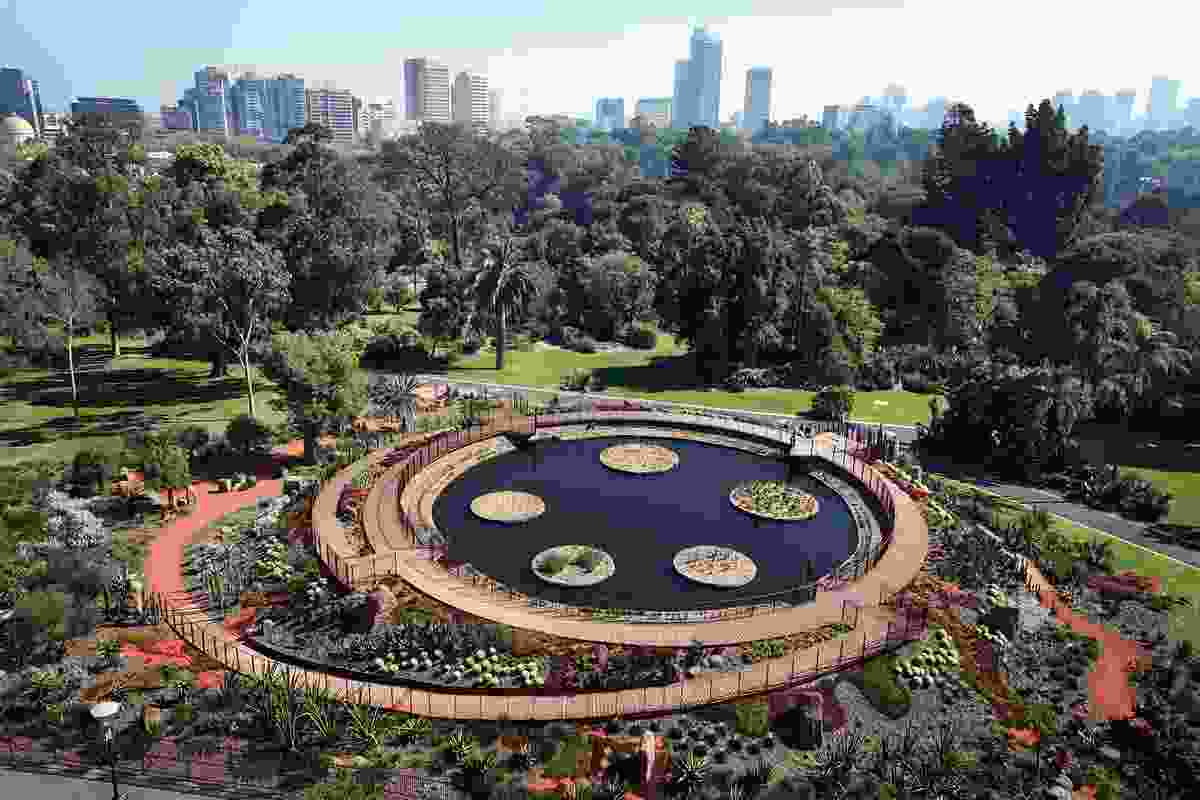