The executive director of the Heritage Victoria has recommended that Federation Square, designed by Lab Architecture Studio and Bates Smart, should be included on the Victorian Heritage Register.

“It is the Executive Director’s view that despite its age, Federation Square meets five of the Heritage Council’s criteria at the State Level and warrants inclusion in the Victorian Heritage Register,” said Stephen Avery in his recommendation.

“Federation Square is of historical, architectural, aesthetic, cultural and technical significance to the State of Victoria.”

The recommendation found Federation Square is of historical significance as “Victoria’s principal and most enduring response to the commemoration of Australia’s Centenary of Federation (1901-2001).”

Federation Square is among the most awarded projects in the history of the Victorian chapter of the Australian Institute of Architects with four state awards and a national award for urban design. It has also “been critically acclaimed in state, national and international architectural publications,” the recommendation reads.

It is “significant as a notable public square. As a large, open urban space with civic prominence, it has become Melbourne’s pre-eminent mass gathering place and attracts visitors from across Victoria, nationally and internationally.”

Federation Square is also socially significant as “the state’s pre-eminent civic space for public gatherings. It has been regularly used in times of celebration, grief and protest.

“It has a clear association with the development of public squares in Victoria’s history. In Melbourne’s case, a desire for a public square was expressed from the 1850s.”

It is also the location of “Victoria’s most import arts and cultural institutions,” including the Australian Centre for the Moving Image (ACMI), the Ian Potter Centre: NGV Australia and the Koorie Heritage Trust.

The recommendation also noted “a special association with Lab Architecture Studio and its directors Peter Davidson and Donald L. Bates.”

“They have made a strong and influential contribution to the course of Victoria’s history through the design of Federation Square” - a design is inextricably linked with the commemoration of federation.

In 2003, Peter Davidson said of the design, “the idea of a federated system is […] at the heart of the entire project. It’s about independent identities that come together to form a larger whole […] something that centres around coherence and difference.”

In August 2018, the Victorian branch of the National Trust nominated Federation Square for inclusion on the heritage register and an interim protection order was issued.

The nomination raised eyebrows among members of the Victorian government, with tourism minister John Eren claiming, “It would be unprecedented to heritage list a site that is only 16 years old, and to do so could lead to significant implications for future projects.”

However, “it is the executive director’s view that sufficient precedents have been set to allow for the assessment of Federation Square under the Heritage Act 2017,” Avery stated in his recommendation.

The National Gallery of Victoria, designed by Roy Grounds and opened on 20 August 1968, was added to the register on its 14th anniversary in 1982. At the same time, the Victorian Arts Centre, also designed by Roy Grounds, was added to the register even before the Concert Hall (now Hamer Hall) was opened in November 1982 and the Theatres Building was opened in October 1984.

“Like Federation Square, these places represent contemporary public buildings which were recognized as significant at the State level soon after their completion. Their significance and value to the Victorian community has increased and strengthened over time.”

Avery also pointed to other significant buildings which received heritage recognition within less than 30 years, including Harry Seidler’s Shell House, built in 1989 and added the register in 2017.

The recommendation has been made to the Heritage Council of Victoria which will make its final decision. The public has 60 days to make written submission to the council until 16 December.

If Federation Square is added to the register, “Under the Heritage Act 2017 a person must not remove or demolish, damage or despoil, develop or alter or excavate, relocate or disturb the position of any part of a registered place or object without approval.”

Entries will be judged by a panel of experts from the fields of architecture, planning, landscape architecture and construction.

Registrations for the 2020 Australian Urban Design Awards are open until 21 July.

Waverley Council in Sydney has released shortlisted designs for a memorial in Bondi. 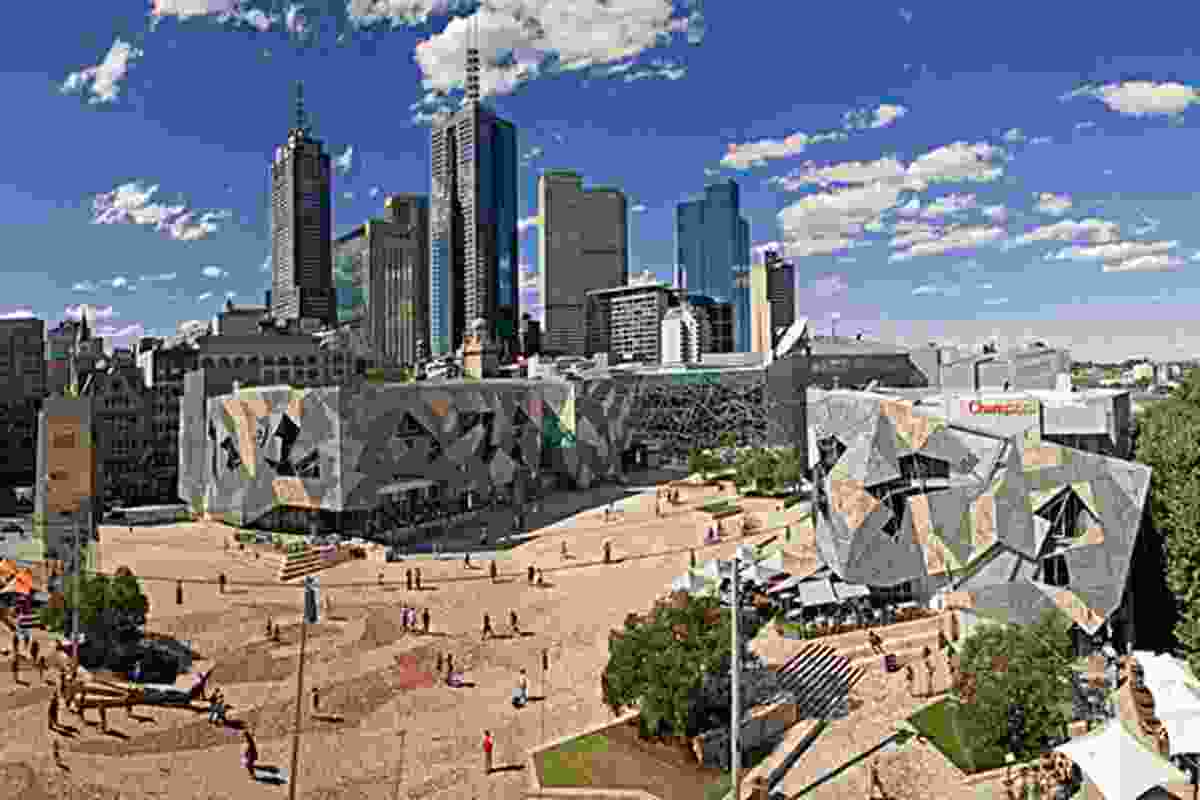