By acknowledging human agency as a vector for plants and animals, we can begin to embrace new and fertile ways of working with our environment.

In the Melbourne suburb of Lysterfield, a mesic shift from degraded fire-prone sclerophyll forest to dry rainforest, less vulnerable to bushfires, has been taking place

Much has been written about dogs and cats seeking out human company and the forging of a relationship beneficial to both. But what if there was a plant that was capable of the same thing? A plant that domesticates itself to take advantage of humans, currently the most prolific landscape modifiers in existence, might at the same time offer us a multitude of benefits through its presence.

The self-domesticating plant in question is a tree that residents of urban environments on Australia’s eastern coast would see every day, even if it escapes their notice. Every spring this plant’s heady scent fills our suburban streets and passers-by comment on its sweetness, which is often mistaken for jasmine. Instead, its source is Pittosporum undulatum (sweet pittosporum), an Australian native rainforest plant, that has been commonly declared a weed. But is it really deserving of this label? Or do we need to re-examine our system of weed classification in the Anthropocene?

Ecologies are fluid and reactive. The species you find in a particular plant community are defined by aspect, soil, the relationship between precipitation and evaporation, and disturbance. Dicksonia antarctica (soft tree fern) is a prime example of a plant that responds dynamically to climatic shifts. The spores of Dicksonia can travel hundreds of kilometres and stay dormant in the soil until the conditions are perfect. There is a gully teeming with these plants at Victoria’s Mount Buangor, with the closest Dicksonia to this site more than 120 kilometres away at Mount Macedon. Given the correct levels of moisture, Dicksonia could germinate over much of Victoria if the climate becomes wetter – yet we do not consider them to be a weed. Using Dicksonia as an example of a potential weed may seem a moot point, but considering we have become the key agent in all of the earth’s biological processes, how do we confidently classify plants as weeds in a state of rapid climatic flux? To define a plant’s range as unnatural denies our agency in the processes of its distribution.

While prior to 1770, Pittosporum’s range was restricted to damp fire and frost-free sites, it has now adapted remarkably well to a very wide range of environments. As a species, it can seemingly defy biological reason, growing epiphytically in urban centres as well as in extremely hostile climates. The climate of Learmonth, a small town north-east of Ballarat in Victoria, for example, is one of extremes, with snows, frosts and brutally hot and dry summers. Yet when I visited there in July 2018, there appeared to be a very healthy specimen of Pittosporum thriving in these conditions. So what benefits can be gained by accepting these plants into the urban and peri-urban regions of our cities?

Urban heat island (UHI) effect is a phenomenon that has been well documented since the nineteenth century, but is of particular relevance in the contemporary context of climate change. In 2019 our Australian summer has seen record-breaking heat waves that are anticipated to increase in frequency. It is widely acknowledged by many suburban councils in Melbourne that one way to mitigate UHI is by increasing the tree canopy in our cities, using trees with closed canopies that continue to transpire in the heat.

While it is commonly believed that the key factor in plant growth is rainfall, a more significant influence resides in the relationship between precipitation and the rate and amount of evaporation of this water from the soil. In addition to providing direct protection from the sun, trees with closed canopies also greatly reduce evaporation. Being able to successfully establish plants in states with dry summers – the states of Western Australia, Victoria, South Australia and Tasmania – relies on using plantings (like Pittosporum) that lower evaporation rates from the surrounding soil. By exploring hybrid solutions in place of a blanket ban on the Pittosporum, we can improve our efforts to green our cities faster.

In peri-urban areas, Pittosporum offers the added advantage of being a “steamer” – a plant that slows rather than accelerates bushfires. In the eastern suburbs of Melbourne, the result of the conversion of dry sclerophyll forests to dry rainforest due to the Pittosporum might be a localized reduction in diversity, but it has also created a much safer forest abutting suburbia. It is an arguably natural evolution of the surrounding ecosystem. Evolving a more complex understanding of plants such as Pittosporum means addressing the generalized suspicions directed towards species labelled as weeds. On a popular Facebook plant advice and selling page, comments such as “Pittosporum undulatum. It’s a native but grows in Melbourne as a weed. Nuke it,” abound, and are often applied indiscriminately with regards to any so-called “weed.” Even in Sydney, where the Pittosporum is indigenous, it has acquired the weed title, while for the most part, the reasons for the plant’s abundance are ignored. Biologist and author Tim Low sheds light on this in his seminal book The New Nature: Winners and Losers in Wild Australia (2002). Low says:

“Similar changes are underway all over Sydney. Houses perched on ridges to snare views are feeding nutrients into infertile forests below. Rich loads of phosphorus and nitrogen flow in from septic tanks, fertilized gardens, food scraps and dog droppings. Water runs in from leaking pipes, overflowing swimming pools and garden sprinklers, and as rain channelled off roofs and roads. And bushfires no longer rule. If you take eucalypt forest, add fertilizer and water and take out fire, you have the recipe for rainforest. The pittosporum invasion is really takeover by rainforest. Botanists call it ‘mesic shift’ – a switch to a wetter community.”

The issue of how to deal with self-perpetuating urban trees like Pittosporum calls for a more nuanced approach than our current stance. This means drawing a distinction between where these plants are posing a genuine threat to their ecosystems, and where their presence might be an ecological asset via a process of careful and considered evaluation. The “nuke it” on sight attitude is unlikely to present the most appropriate solution when negotiating complex urban ecological systems. Instead, by directly acknowledging and accepting our agency as vectors for plants and animals, we can embrace our role in exploring how novel ecological relationships might offer new and fertile ways to work with our urban context. 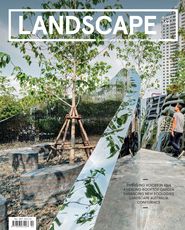 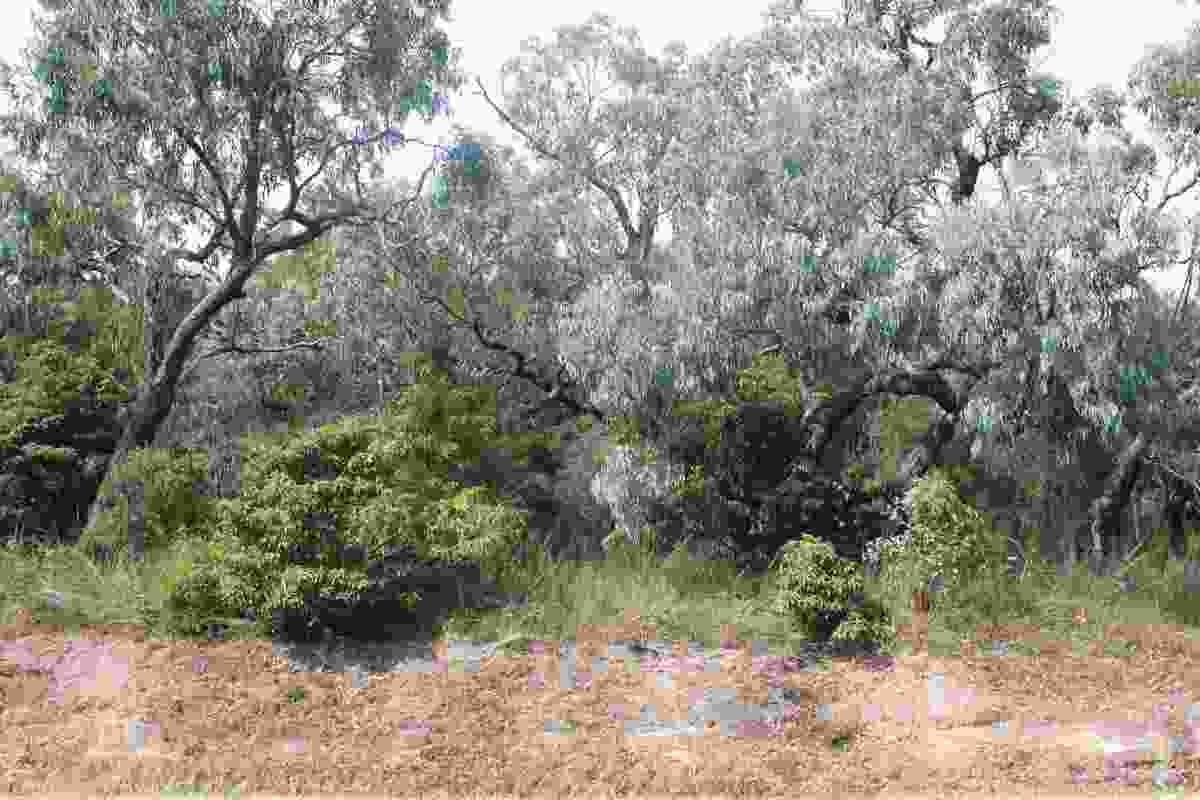 In the Melbourne suburb of Lysterfield, a mesic shift from degraded fire-prone sclerophyll forest to dry rainforest, less vulnerable to bushfires, has been taking place