Beyond technology: The evolution of Smart Cities

The concept of Smart Cities is becoming increasingly vague, to the point that it is defined differently by almost every author who writes about it. Despite its definitional ambiguity, this concept is now front and centre of the debate about the future of Australian cities. Are Smart Cities just about technology?

Are Smart Cities just about technology?

The concept of Smart Cities was developed in the mid-1990s to describe cities that were leveraging information and communication technology (ICT) to foster economic growth.1 For years it simply referred to cities that embraced technology to increase efficiencies, bring down costs and generate value-added jobs.

In Australia, the concept has evolved and broadened to the point that it is now used
to talk about housing affordability, healthy environments, connectivity, 30-minute cities, value capture and City Deals, amongst other things. Smart Cities has almost become a synonym for best-practice urban planning.

The release of the federal government’s Smart Cities Plan in 2016 placed the concept at the forefront of the debate about the future of our cities. The plan refers to Smart Cities as cities that embrace smart investment, smart policy and smart technology.2 The Smart Cities and Suburbs Program, created alongside the plan, encourages the delivery of innovative projects to improve the liveability, productivity and sustainability of cities and towns across Australia.3

This triple-bottom-line (social, environmental and economic) approach means that efficiency and economic growth are no longer the only objectives of Smart Cities. The well-established concept of Sustainable Development may offer an umbrella under which Smart Cities can flourish. At the end of the day, Smart Cities should be about ‘development that meets the needs of the present without compromising the ability of future generations to meet their own needs’,4 a definition which we are all familiar and likely to agree with.

The concept of Smart Cities has evolved alongside Greater Sydney’s regional and district plans. When ‘A Plan for Growing Sydney’ was launched in 2014, Smart Cities were not yet front and centre of the debate. This is evident as the plan only mentions the word ‘smart’ once to refer to Sydney being at the forefront of the digital economy.5

More recently, the broader definition of Smart Cities has been embraced by the Greater Sydney Commission’s draft District Plans, which refer to smart strategic planning as a pathway to reducing carbon emissions, protecting our heritage, creating jobs and delivering infrastructure that meets the needs of a sustainable 21st Century city.

In NSW, Smart Cities can help us achieve the objects of the Environmental Planning and Assessment Act (EP&A Act) 1979 like never before. For example, encouraging the provision and maintenance of affordable housing for people with a disability can be achieved by implementing Smart City concepts, such as universal housing design and assistive technologies. However, this is only possible if the right policies are in place. Such policies should prevent one-size-fits-all technologies by making technological innovation a people-led (rather than technology-led) process.

Cities can only reach their full potential when they become healthier places to live. A wide range of technologies are now available to build healthier cities based on real-time data. These include app-based detection of infrastructure hazards, traffic sensors to prevent accidents and low-carbon street lighting, to mention just a few.

However, it is important to remember that cities are not just a network of infrastructure and devices (or an internetofthings). Disadvantaged groups are at risk of becoming further marginalised by technology, if their needs are not considered as part of its delivery.6 It is now well-agreed that simply building ICT-based applications is not sufficient to improve our cities’ quality of life. It is clear that Smart Cities are not just about embracing technology. They are also about intelligent solutions to well-established problems, increased participation in the planning system and evidence-based analysis to support decision-making.

As long as we understand that technology is not an end in itself, Smart Cities will become a pathway to a more sustainable future.

This article originally appeared in New Planner (June, 2017) – the journal of the New South Wales planning profession – published by the Planning Institute of Australia.

Beyond technology: The evolution of Smart Cities

Are Smart Cities just about technology? 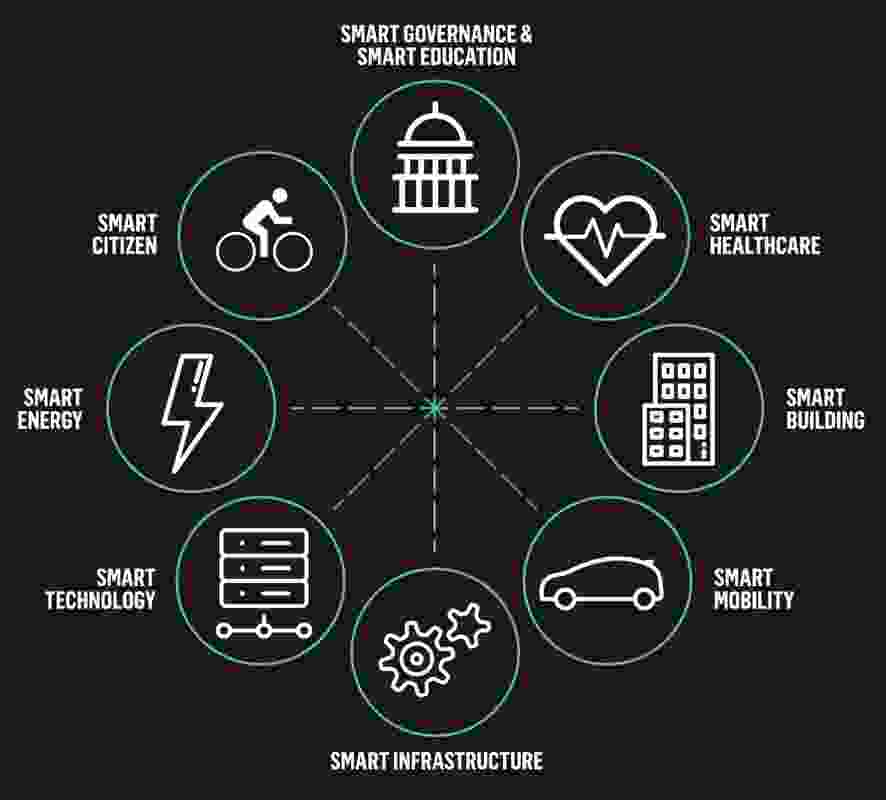 Smart City Concepts (Adapted by Urbis from Frost and Sullivan, 2017).