Artist’s impression of the rooftop space planned for 1 Treasury Place.

Aspect Studios will design a green roof atop a modernist government building in central Melbourne, as part of a research project being conducted by the City of Melbourne and the Department of Environment, Land, Water and Planning (DELWP).

The garden will be built atop 1 Treasury Place, a state heritage-listed Victorian government office building, designed by Barry Patten of Yucken Freema, who won a design competition for the building in 1962. The building is described as “severe, yet sympathetic” in its entry in the Victorian Heritage Register.

The City of Melbourne appointed Aspect Studios as the project’s design consultant following a tender process.

Green roofs are uncommon in Melbourne, although the council has on several previous occasions tried to encourage their construction. In 2015, it conducted a project that identified more than 880 hectares of space across buildings in the CBD that could be converted to use as green space. At the time, ArchitectureAU reported on the regulatory difficulties that proponents of green roof projects faced in the city.

Lily D’Ambrosio, Victorian environment minister, said, “Establishing more green roofs across Melbourne is a great way to help the environment and reduce building operating costs, while also improving the health and wellbeing of those living and working in the city.”

The project is being co-funded by Hort Innovation, a horticulture research foundation. 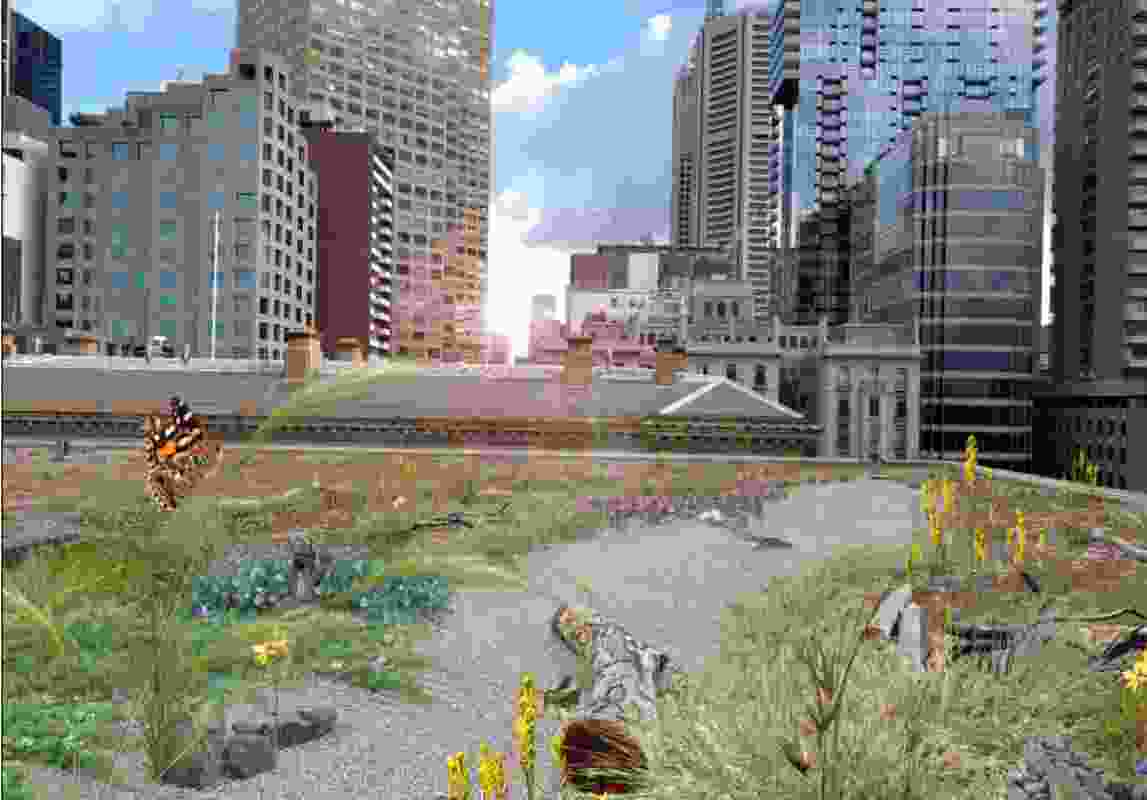 Artist’s impression of the rooftop space planned for 1 Treasury Place.