From the landscape architect:

A place to be proud of

Dandenong’s Afghan Bazaar is the only recognised Afghan precinct in Melbourne. It has evolved naturally over time into a community hub centred on Thomas Street, home to a high concentration of Afghan businesses, ranging from cafes and grocers to social support service providers.

The City of Greater Dandenong and the Office of Multicultural Affairs and Citizenship wanted to better define the area’s Afghan identity. Their ultimate goals were the creation of a place the local Afghan community could be proud of, and an engaging cultural destination for visitors and tourists to explore.

The Hassell design for Thomas Street has created an emblematic urban streetscape that is integrated and responsive to the local and broader Afghan community. It has delivered a distinct visual character that engages and enlivens the street, encouraging community gathering.

An intensive community consultation, facilitated by Sinatra Murphy, underpins the precinct design. The consultation highlighted the diversity within Dandenong’s Afghan population, but focused on shared ideas and aspirations to develop a design framework of community-endorsed themes supporting social unity.

“The streetscape design has been a collaborative effort between traders, community leaders and precinct stakeholders and the end result is a vibrant precinct which celebrates the Afghan people,” said Jim Memeti, City of Greater Dandenong Mayor.

The extraordinary tiling of Mazar-e-Sharif (Blue Mosque) was a major inspiration for the design. A contemporary interpretation forms the basis of the design approach Hassell called ‘the geometry of gathering’. Intricately detailed paving on both sides of the street introduce colour, texture and pattern to define the primary meeting places. The abstracted geometries expand to generate the arrangement and form of the streetscape elements, increasing in intensity at the focal areas of the precinct.

The vivid blue of turquoise and lapis lazuli are colours that resonate with the community. Their highly visual introduction, via blue glass aggregates and resin pavement stencils, adds vibrancy to the street and is a signature of the precinct.

The Afghan Bazaar demonstrates a new direction in the design of public cultural spaces that aims to move beyond the clichés of precinct branding, says Cassandra Chilton, former senior associate at Hassell.

“The community consultation allowed us to understand the way people used the existing space, and how it could better accommodate specific cultural requirements. For example, the custom seating we’ve designed reinterprets the traditional Arabic ‘suffah’, or dais, for the urban Australian context. This allows the community to socialise in familiar ways,” she said.

A captivating place for people to come together

In order accommodate gathering space for the community, the roadways were narrowed and footpaths widened to establish new infrastructure for festivals and events, such as Nowruz (New Year). Improved lighting, new trees, overhead power-line removal and better links to the civic square on Lonsdale Street and Dandenong Railway Station also contribute to transforming the precinct into an attractive meeting place.

An integrated artwork called ‘Lamp’ by Afghan-Australian artist, Aslam Akram, provides a captivating centrepiece by day and night. The base of the artwork represents human energy, knowledge and experience, as well as holy places, histories and memories of Afghan-Australian people. The top is a filigreed shade symbolising creation as a result of human energy, as well as friendship and respect between communities and within cultures in multicultural Australia.

The Afghan Bazaar project has recognised the role that cultural and artistic expression plays in defining the visual identity and liveability of a community, says Chilton.

“It celebrates the street as an important space, not just for movement and commercial exchange, but also for the social and cultural encounters that are so important to daily life,” she said.

Place Laboratory has transformed an area of former railway workshops in Perth’s east into a new civic space that evokes a strong sense of history. 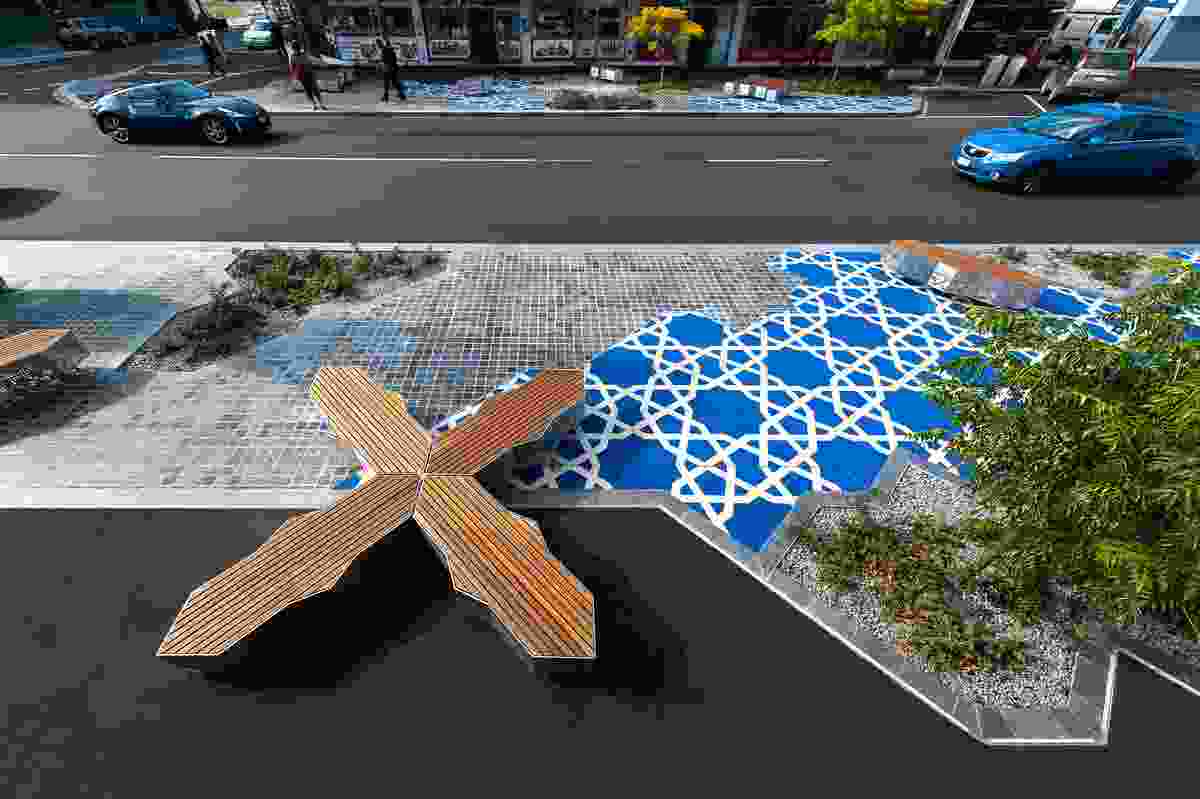 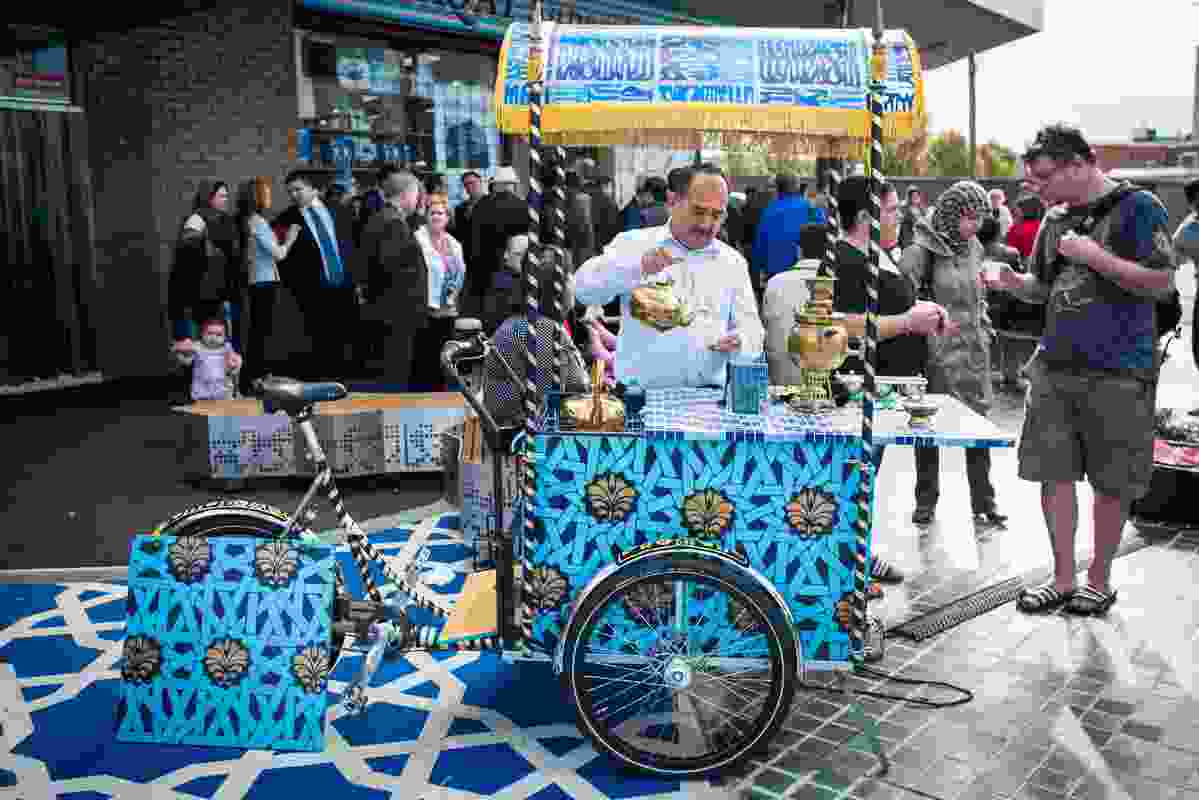 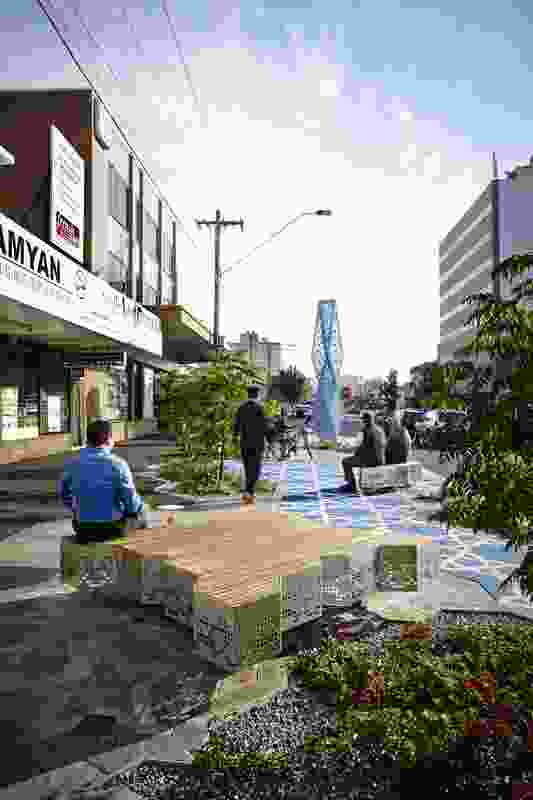