Aboriginal traditions describe the complex motions of planets, the ‘wandering stars’ of the sky

Venus shines bright in the sky above Victoria.

Aboriginal and Torres Strait Islander readers are advised that this story may contain images and voices of people who have died.

The five planets we can see by naked eye were known to the ancient Greeks as “asteres planetai”, meaning “wandering stars”, due to their wandering journey across the sky relative to the fixed stars. This is where we get the word “planet”.

But knowledge of the planets and their movements goes back much further, being prominent in the traditions of the oldest continuing cultures in the world.

Recent research reveals a wealth of information about the planets and their complex motions in the Knowledge Systems of Indigenous Australians.

These systems show that Aboriginal and Torres Strait Islander people carefully observe the complex motions of the planets.

In Wardaman traditions, the planets are ancestor spirits who walk across a celestial road. Wardaman Elder Bill Yidumduma Harney calls it the “Dreaming Track in the Sky.”

Astronomers call this celestial road the zodiac – the region of sky nine degrees on either side of the ecliptic (the path of the Sun). As the planets orbit the Sun in roughly the same plane, they all are visible along this band of the sky.

Uncle Yidumduma describes the planet-ancestors moving across the sky much like we walk down a busy footpath. We sometimes hurriedly pass each other, or slow down for a chat. Occasionally, we even stop and turn backwards to chat with someone before moving forward again.

Astronomers call this phenomenon retrograde motion. It is an optical effect that occurs as the planets orbit the Sun at different distances and velocities. It means the planets can appear to slow down and move backwards for a time before returning to their normal motion.

There are five planets visible to the naked eye and right now, and you can see at least four – Venus, Mars, Jupiter and Saturn – in the sky at sunset from most locations across Australia. All of these planets are currently in retrograde motion.

Aboriginal and Torres Strait Islander people recognise that these wandering stars generally do not twinkle – a phenomenon the Meriam people of the eastern Torres Strait call epreki and observe to predict weather and seasonal change.

But sometimes they do twinkle, particularly if they are very low on the horizon. Kamilaroi people of northern New South Wales say Venus occasionally twinkles when it’s low in the sky. They say it’s an old man who told a rude joke and has been laughing ever since.

In the traditions of the Euahlayi people – neighbours of the Kamilaroi – Venus and Mars relate to songlines and trade with Arrernte people of the Central Desert.

During special ceremonies, the Arrernte travel from the MacDonnell Ranges to northern New South Wales, bringing with them a red stone that signifies Mars. The Euahlayi people bring a green and blue stone to the ceremony, representing Venus. They are seen as the different-coloured eyes of the creator spirit Baayami.

Venus - the Morning and Evening Star

Venus is commonly known in many Aboriginal and Torres Strait Islander cultures as both the Morning and Evening Star.

In the Dreaming stories of the Western Arrernte, a celestial baby fell from the Milky Way, striking the ground and creating the giant meteorite crater called Tnorala (Gosses Bluff). The child’s parents – the Morning and Evening Stars – take turns searching for their lost child to this day.

Arrernte mothers warn their children not to look at the Morning or Evening Star, as the celestial parents might mistake them for their lost child and carry them away to the sky.

In Yolngu traditions of Arnhem Land, a special ceremony is held to signify the rising of the Creation ancestor, Banumbirr (Venus), between the mainland and a Burralku – the sacred island of the dead.

The ceremony starts at dusk and continues through the night, reaching a climax when Banumbirr rises a few hours before dawn as Venus transitions from the Evening Star to the Morning Star. Banumbirr communicates with the people through a faint rope that holds her close to the Sun.

Astronomers call this zodiacal light – the glow of dust in the plane of the Solar System.

The first rising of Venus as the Morning Star, after it transitions from the Evening Star, occurs every 584 days. Astronomers refer to this as Venus’ synodic period.

When astronomer Ray Norris asked a Yolngu elder how the people know when to hold the Banumbirr ceremony, the elder responded: “We count the days!”

That’s an achievement not often recognised, and just another example of the detailed understanding of these “wandering stars” in the Knowledge Systems of Indigenous Australians.

Kirsten Banks, a Wiradjuri woman and astrophysics graduate from the University of New South Wales, contributed to this research and this article. She can be contacted at astronomerkirsten@gmail.com

Aboriginal traditions describe the complex motions of planets, the ‘wandering stars’ of the sky 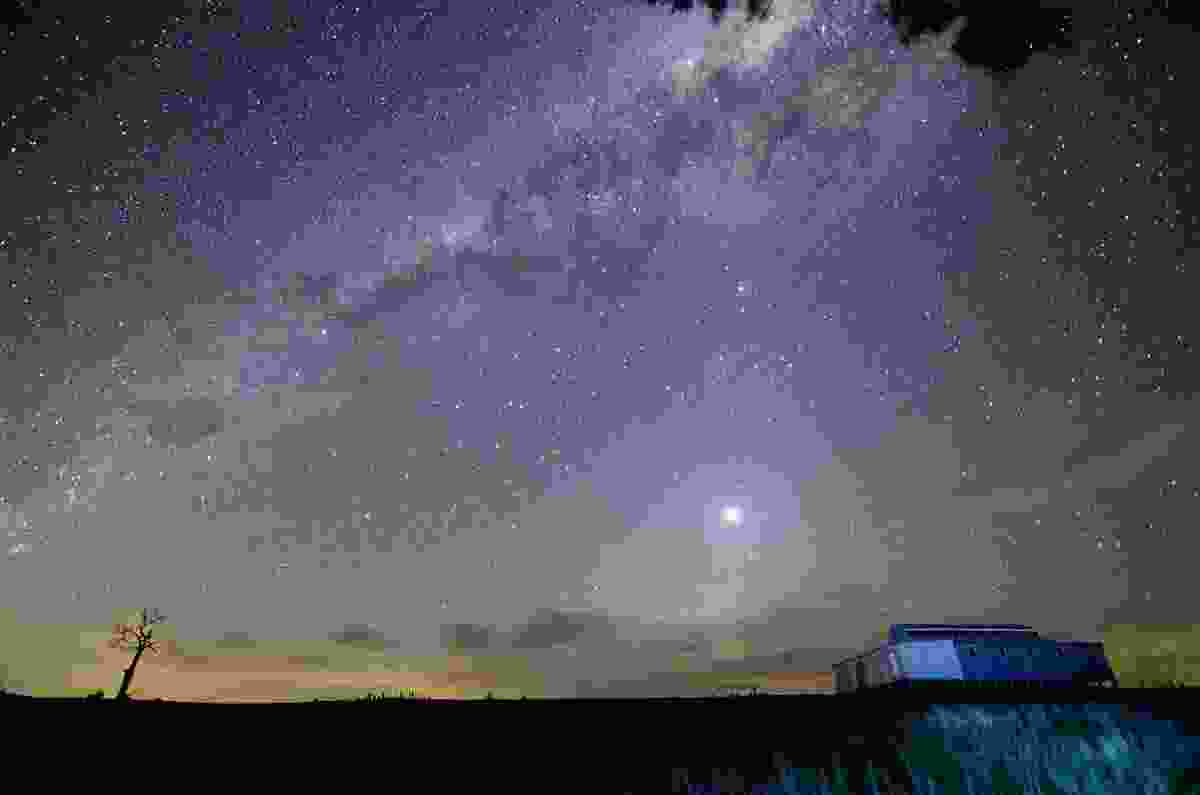 Venus shines bright in the sky above Victoria.