How do disaster recovery programmes stack up in other countries? Landscape architect Jessica Staples provides a personal perspective from Peru.

Pisco is a city of over 100,000 people. It’s a four-hour drive south along the Pan American Highway from Lima into one of the driest places on earth. It was once a main destination on the South American gringo trail, but since the 2007 earthquake it has all but fallen to the wayside, and is barely mentioned in recent editions of Lonely Planet. Rehabilitation and restoration have been slow at best. Of the one billion Peruvian soles assigned by the government to restore the affected areas (75 per cent of the buildings were destroyed), it is difficult to find accounts of where it has all gone, four years down the track. I question it and so too do the locals.

Today in Pisco, piles of earthquake debris are still stacked along dirt roads. Families continue to live in structures made from bamboo, plastic sheeting, scrap wood and woven cane, with dirt floors and a bucket in the corner for a toilet. Some still live in Red Cross tents issued as first response relief. There is little doubt that they were never intended to be used this long. The beach became the dump site for most of the debris. What was once kilometres of lagoon waterfront is now a dump site littered with rubble. The lagoons have almost been completely filled in.

From July to September this year, I was working six days a week for a volunteer organisation called Pisco Sin Fronteras – Pisco without Borders (PSF). It is a non-profit NGO that has been quietly working away in Pisco to rebuild the community over the past three years. Other NGOs have left footprints here also. You can pick them by the style of relief housing they have left behind. Though the work done by these NGOs has been appreciated, most of them left Pisco years ago. This is a huge problem that many disaster-stricken communities face – being forgotten about. NGOs often commit themselves for a year at best. Seeing that this was about to happen in Pisco, PSF was created. PSF does not have a pull-out date. Instead, the long-term goal is that foreign volunteers will eventually be replaced by locals, turning it into an organisation that is fully administered and staffed by Peruvians, and able to adapt to changing local needs in the future. This may still take a few years, but the intention is strong and underway with the integration of local community leaders into the PSF fold. It’s a shame that some of the community mistakenly think we are running an offshore drug and alcohol rehab clinic, where gringos carry out volunteer work as part of their therapy. I suppose to those who have very little it’s difficult to comprehend that people would purposely travel here, to work for free, for a community they do not know.

I came to PSF because, among other things, I wanted to actually build something myself. In these two months I became an excellent concrete mixer, painter, roofer, modular-panel constructer, cook to 60 hippies (vegetarians) and monsters (meat eaters) and, well, I’ve also been a landscape architect. It takes an incredible number of skills to rebuild a community. I chose to focus on the physical projects, however there are numerous community-based projects of English teaching, childcare and healthcare on the daily project board.

Tupark, a recently completed ecological children’s park, is a great example of how rehabilitation can work. For starters, it’s a playground not a house; it benefits the wider community and provides a safe place for children to play. It also shows the children that someone is looking out for their interests, even if they’re too young to understand that concept.

The Tupark site was a triangular lot that wasn’t being used for anything other than dumping rubbish. The central fort was constructed using electrical posts donated by a local electrical company and from recycled timber. As with the modular housing, much of our timber comes from Aceros Arequipa, a steel mill a few kilometres up the highway. Each week, a team of volunteers heads out to the factory and fills the back of a truck with old timber pallets that the mill no longer wants. These are brought back to Pisco, broken down into timber units, denailed and reused. It’s a lengthy, labour-intensive process, but as with many volunteer organisations, time and labour are the most readily available resources. Old tyres were used for swings, bridges and see-saws. They were also used to create the central seating area, after being plastered over and painted. Design here comes down to knowing what is available and using your imagination to figure out ways of using it.

One of the best and at the same time most frustrating things about working in Pisco, is that there seem to be few rules. Project areas are not fenced off and children constantly clamber over construction sites, testing new parts before we have the chance to secure them. I learnt how to say “don’t touch” long before I learnt the word for “nail”. But it also means that this place is a designer’s dream come true. Construction here comes down to common sense rather than building codes. The central fort at Tupark has 2m-high platforms without balustrades, and bridges at similar heights. The kids love it. In my defense, I did spend an afternoon scanning the surrounding ground to remove the more obvious bricks and concrete rubble from the immediate fall areas before the official handover.

A valuable way of looking at post-disaster relief work is to view it as a setting for research and development. In Pisco, earthquake zone-appropriate dirtbag construction techniques are being perfected, as are modular housing details, to make faster and more efficient to ways to build. I spent my last three weeks in Pisco constructing a wall using recycled water bottles. No one at PSF had done it before. We looked it up on a few websites and on YouTube, liked what we saw, and thought we’d give it a go. This is as simple as it gets; if it suits a project, if the materials are available and if someone is willing to lead the charge then anything is possible. As I was leaving, a new initiative to use water bottles suspended from ceilings as solar lights was going to be the next new thing on trial. This was something a volunteer had come across on YouTube, from volunteer projects in the Philippines.

While Christchurch rebuilds, this can also be a time to remember the other 99 per cent, those who can’t rely so strongly on their government and local resources in their recovery efforts. Pisco’s earthquake was four years ago, and the community is still suffering. For those who can, volunteering time and skills in a place like this can be an amazing opportunity to put your knowledge to the test. It’s a unique, on the ground learning environment. Cash donations are always welcome, but I recommend that you invest in a plane ticket instead. 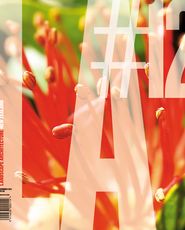 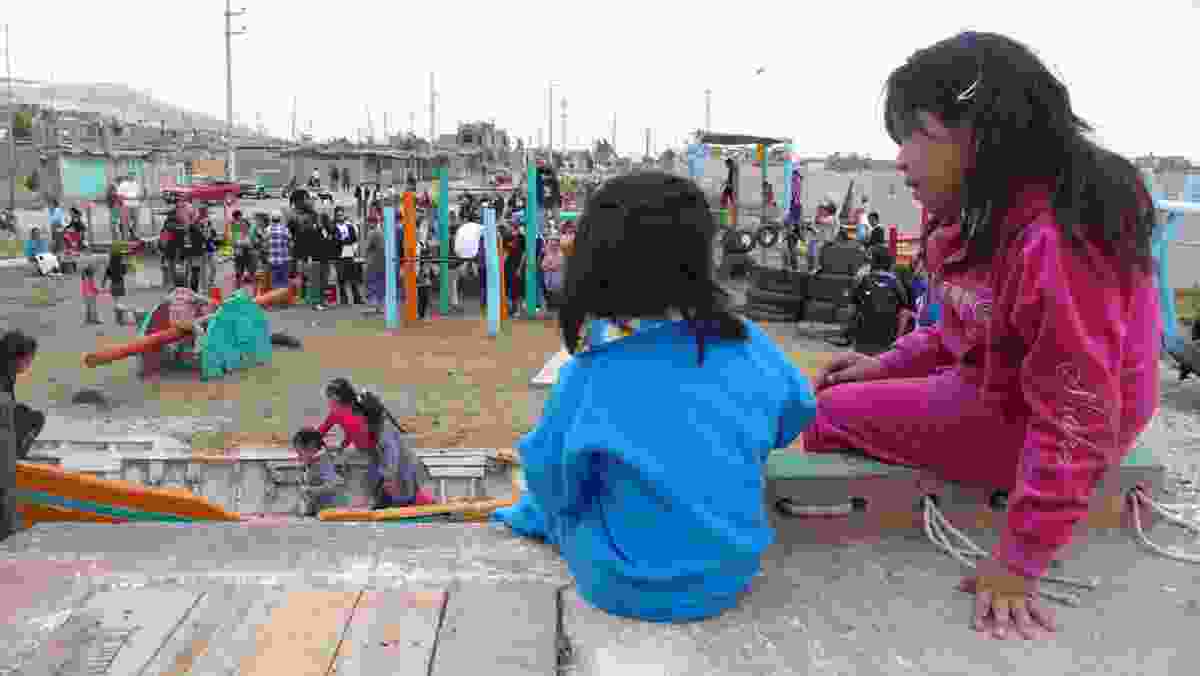 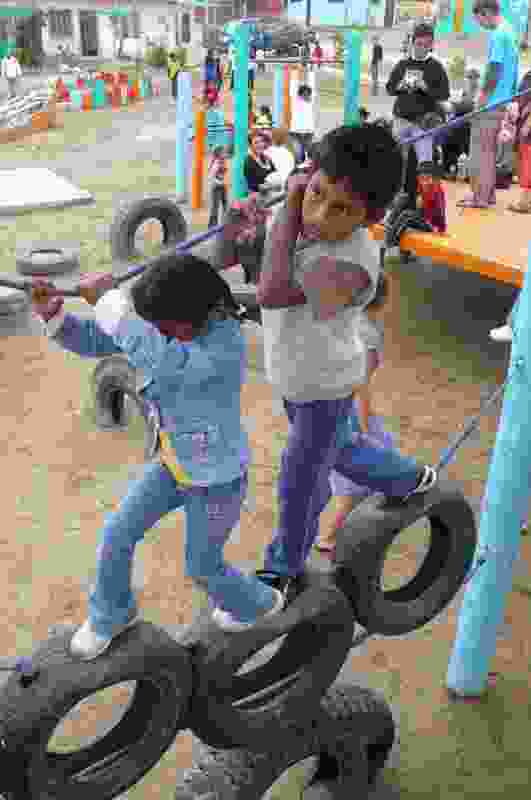 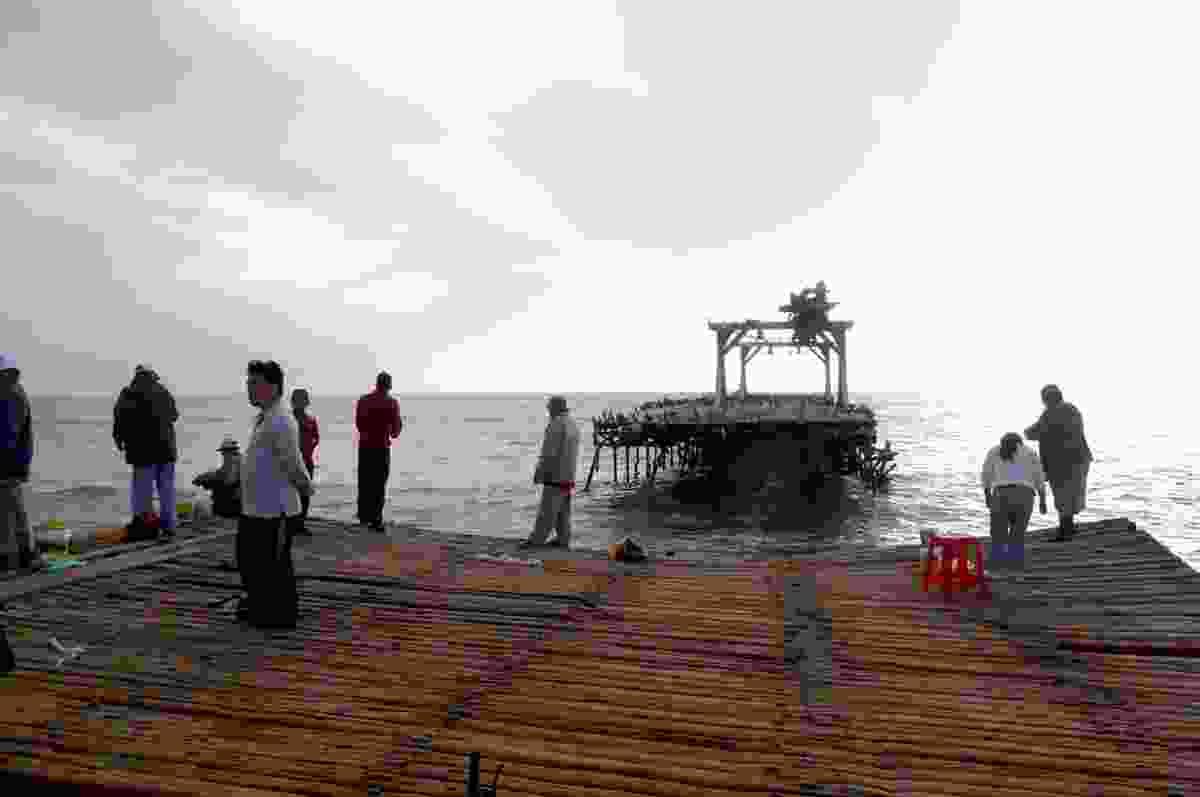 Pisco Pier. The port was the centre of Pisco’s industry before it was destroyed in the earthquake. Now, aside from being a beautiful, rustic death trap, the detached end of it is now home to the many unique seabirds for which the area is famous. 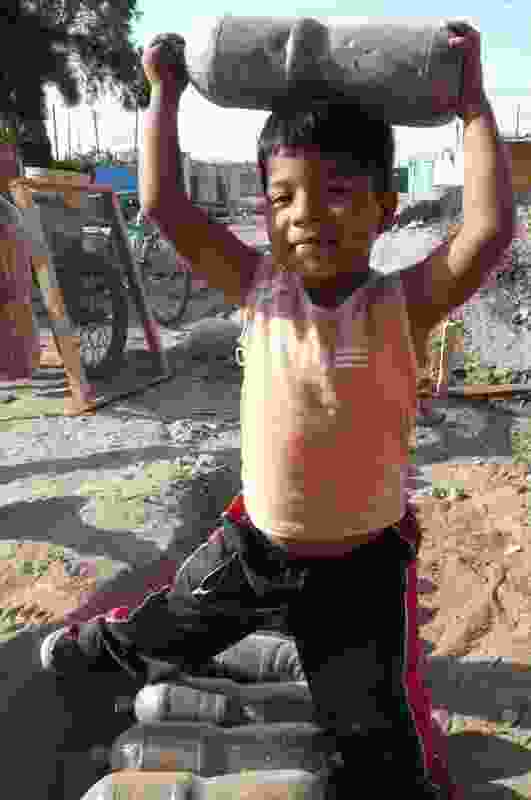 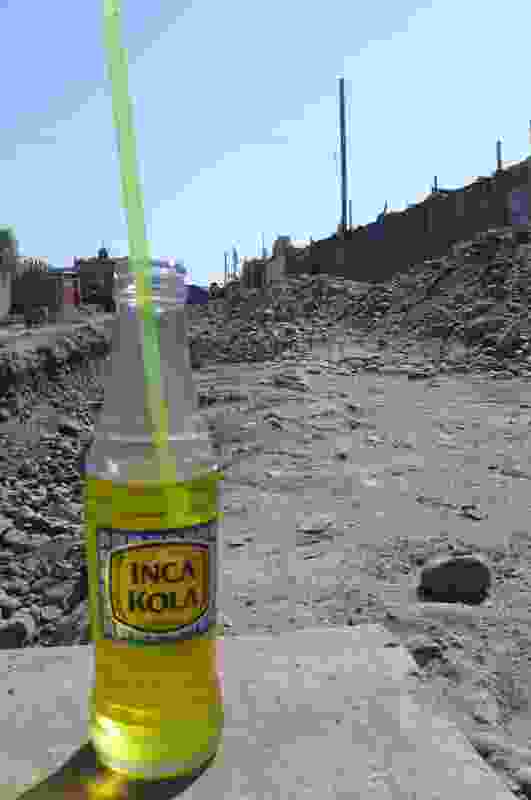 Behind the local soda is a road that was dug up by the local municipality months ago ready to finally bring in services, including water and sewerage, to the local community. Months on and all they’ve achieved with these trenches is to make the dwellings along these roads inaccessible to vehicles, including fearless tuk-tuks. No services have been laid to date. 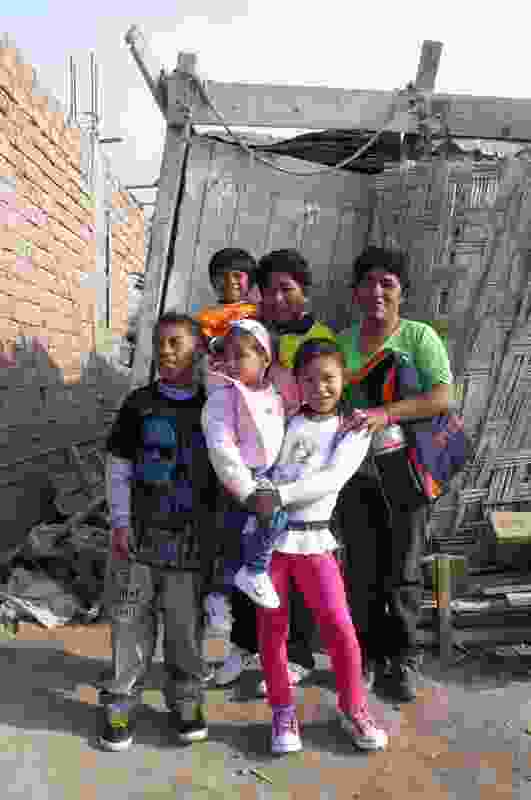 A local family in front of their house of the past four years. 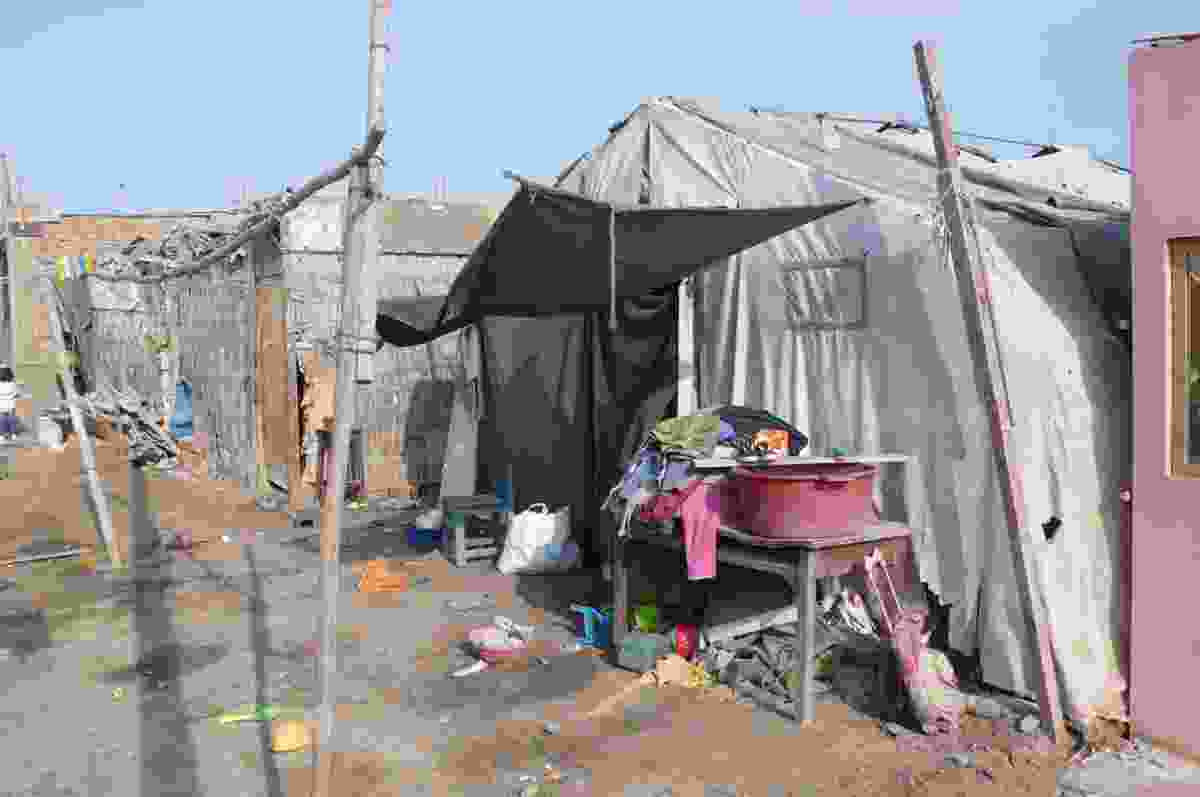 One of the initial red cross tents – still being used four years on.