Can our urban freshwater creeks still be considered nature if they are no longer able to sustain our native wildlife? Returning Toongabbie is a hybrid creekfront strategy that builds resilience to climate change and the stresses of urbanization. The creekfront of Toongabbie Creek in Northmead, NSW becomes an integrated and activated urban parkland corridor.

Northmead and its surrounding suburbs will experience rapid urban growth as the population doubles over the next twenty years. Toongabbie Creek is an important tributary waterway that feeds fresh water into Parramatta River and is identified in the Sydney Green grid strategy as a potential east–west green-linkage, connecting Blacktown and Parramatta.

Toongabbie Creek is one of many degraded freshwater creeks in the Parramatta River catchment. Returning Toongabbie investigates the opportunities for revitalizing our freshwater tributaries into new public landscape that allow a fourth nature to unfold. The creekfront strategy extends the existing waterway to allow a portion of the water to be cleaned and become accessible prior to the restoration of the whole waterway.

This project employs an ecological approach to reclaim, revitalize and reconnect Toongabbie Creek with the aim of creating a resilient urban waterway rich with fauna, flora and people. 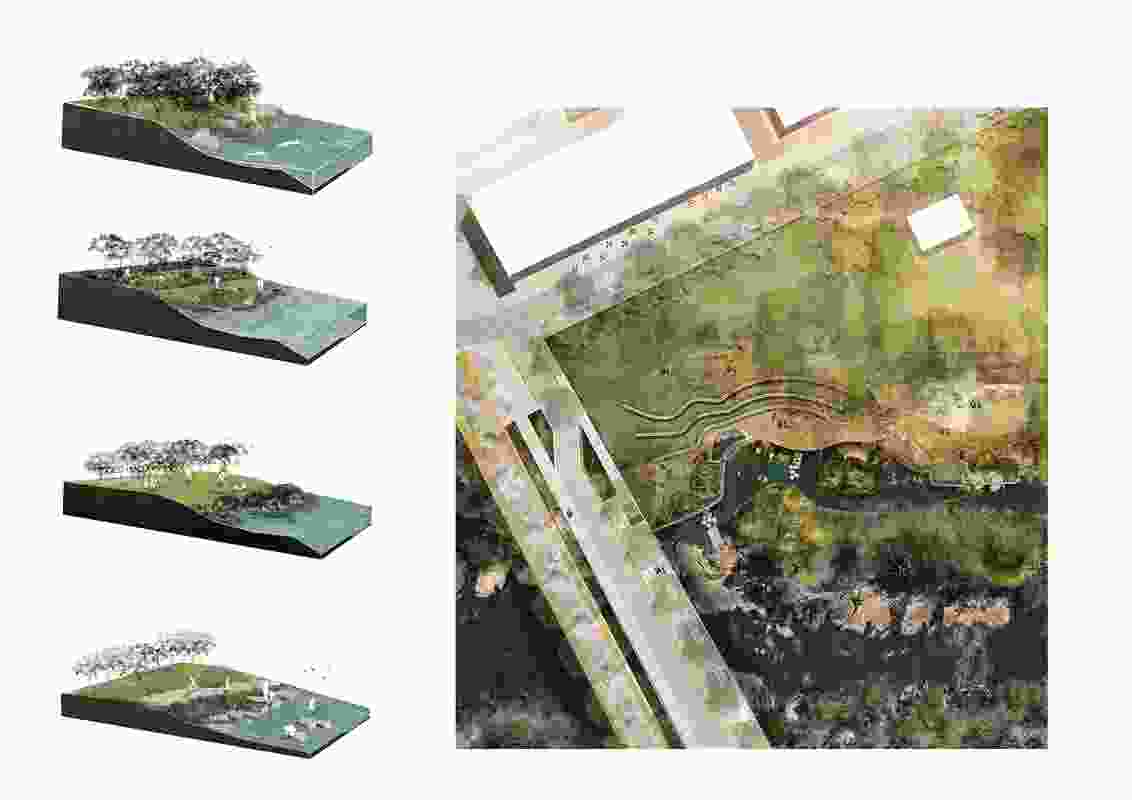 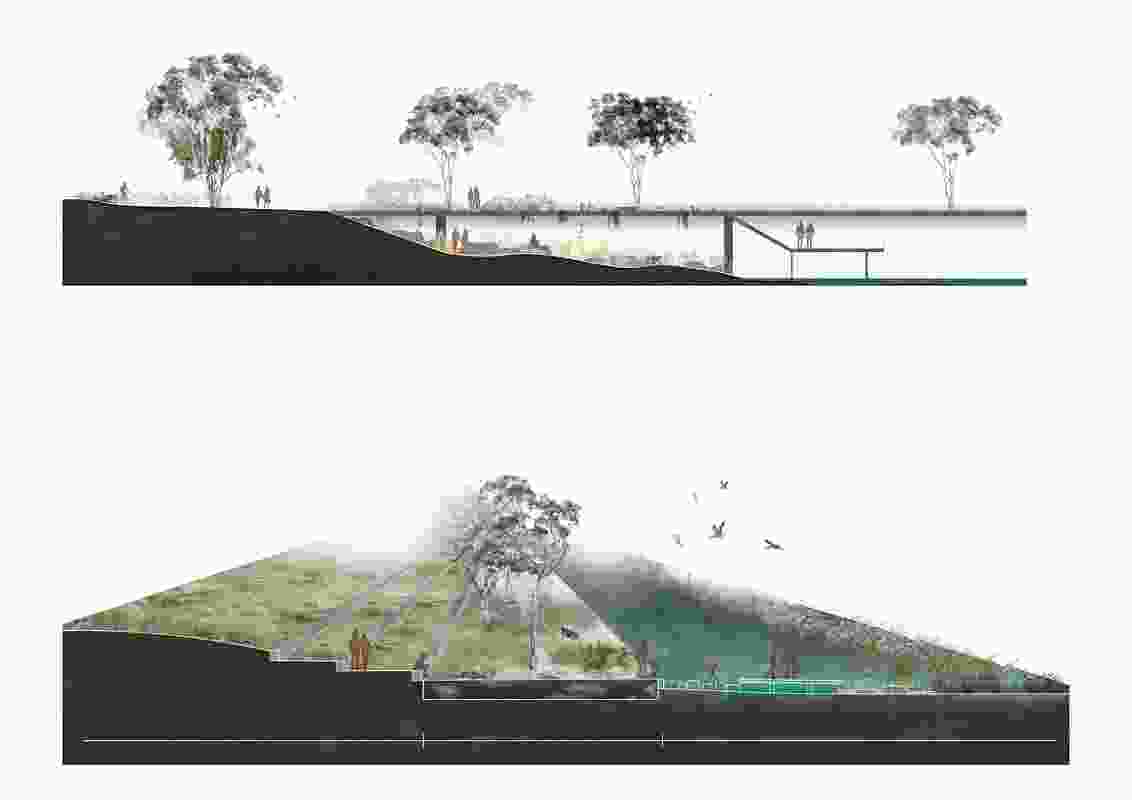 The creek ecosystem is revived, allowing a new nature for Toongabbie Creek to unfold.