Drawing on the history of mushroom growing in Australia, the disused railway tunnels under Sydney become a productive network again.

Gateway to the Third Kingdom recognizes that, in the scale of geological time, human existence has been and will be very fleeting. By comparison, the history of fungi stretches back 1.5 billion years, at the very least.

In the aftermath of mass extinction events, fungal populations have experienced large spikes in growth, due to the mass of dead organisms on which they can feed. In considering the possibility of the Anthropocene extinction and the inheritors of the resulting landscape, this design favours native fungi populations and embraces decay as a natural form of progression.

A closed-loop economy activates the disused tunnel networks under Sydney and organic waste from arcades and alleys is used as a substrate for commercial mushroom production.

The ground plane of the city is broken apart and native fungi is transplanted into the streetscape. Leaf litter is allowed to accumulate on the urban forest floor and fungi becomes a gateway species for insects, birds and new plant communities.

As the forest floor unfurls beneath the hyper-dense city towers, this fungal ecology embeds itself in the fabric and economy of the city. The overlooked, underlying networks that sustain our plant communities and therefore our own lives are afforded the space and attention they deserve. The urban landscape becomes a living organism and fungi slowly inherit the city. 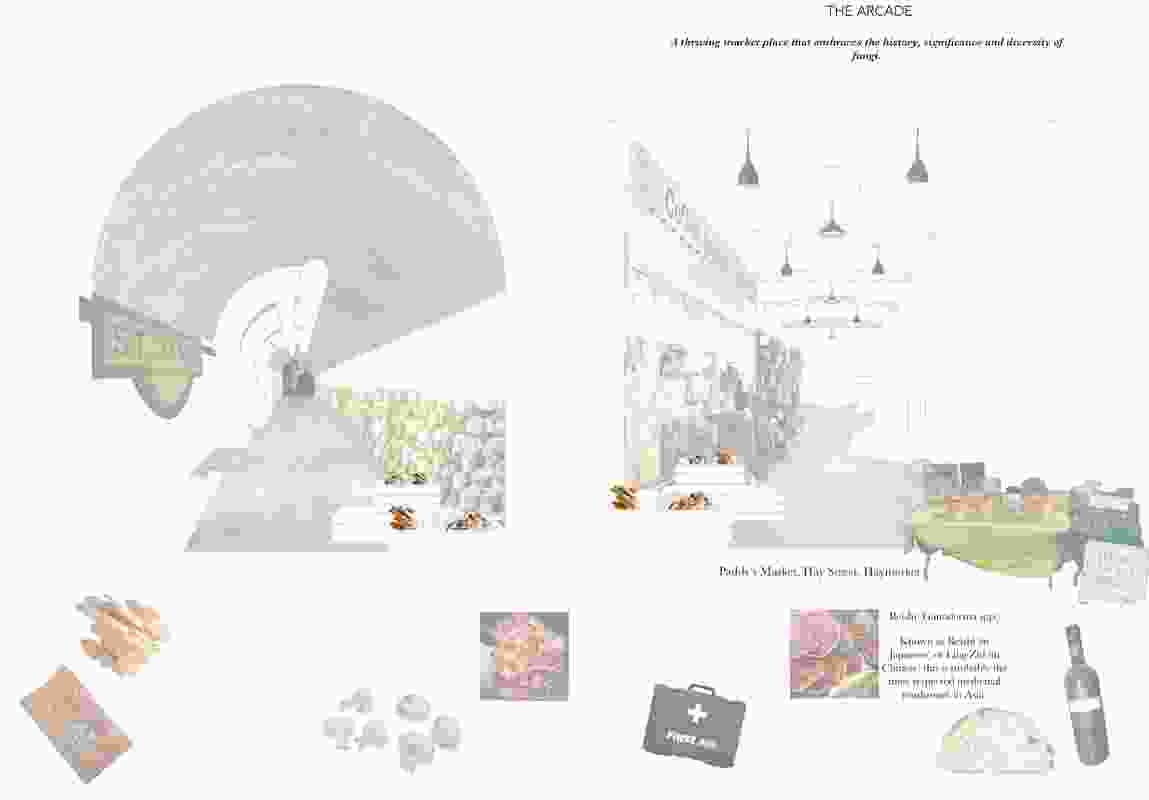 Drawing on the history of mushroom growing in Australia, the disused railway tunnels under Sydney become a productive network again. 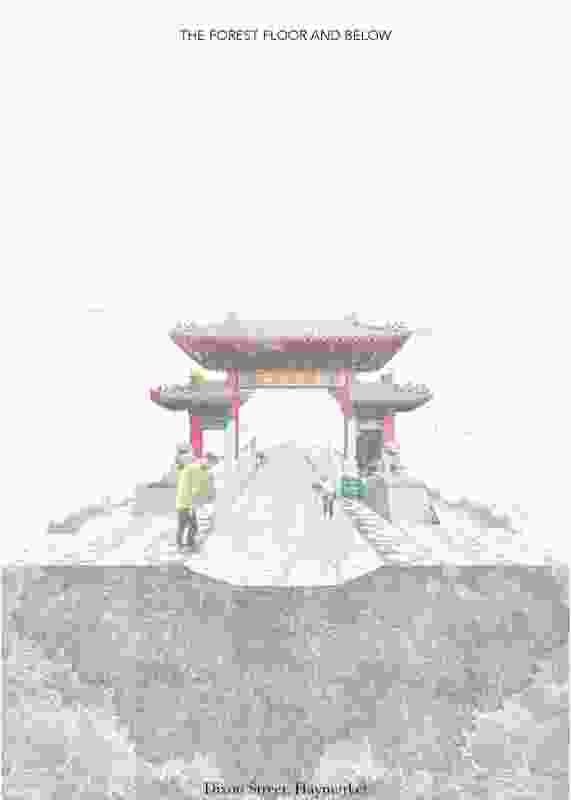 Gateway to the Third Kingdom - The Forest Floor and Below.