The evaporative infrastructures of District 1 produce vapour and intensely heat the surrounding atmosphere.

Apotheosis explores drought as a socially constructed hazard and interrogates the privatization of water and the cold and calculated valuation of communities and people based on their purchasing power. This speculative project brings to the forefront the position of many political and economic documents which state that drought-proofing regional and rural Queensland is not financially viable. Why? Because primary production industries can never generate the revenue needed to justify such a scheme.

Using the radical imagery of Roma as Central [The Drought City] and Brisbane as District 1 [The Drought Production Centre], Apotheosis spatially inverts the existing power dynamic in Queensland. The project asks viewers to read the accompanying images and ask themselves: What determines the power and worth of a city? Is it the number of its people? Or the number of its conglomerates? If the latter, then what is our democracy? A rule of the majority of people? Or the rule of the majority of conglomerates, capitalism and the mighty dollar?

Lastly, if the urban became the new rural and the rural the new city, would the region be flooded with power and investment? Would inland Queensland finally be drought-proof?

Awarded projects include a garden that celebrates the heritage of Sydney’s Chinatown; a conservation framework for a major urban park; and an Indigenous dance ground … 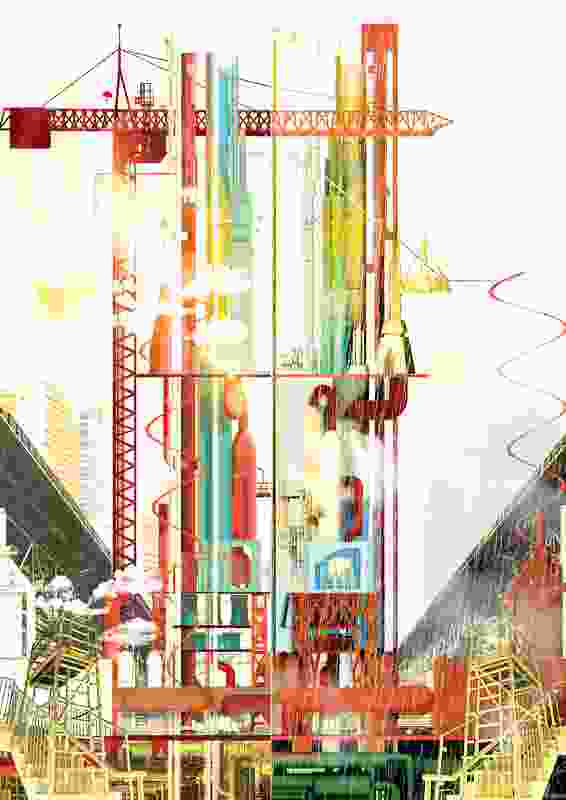 The evaporative infrastructures of District 1 produce vapour and intensely heat the surrounding atmosphere. 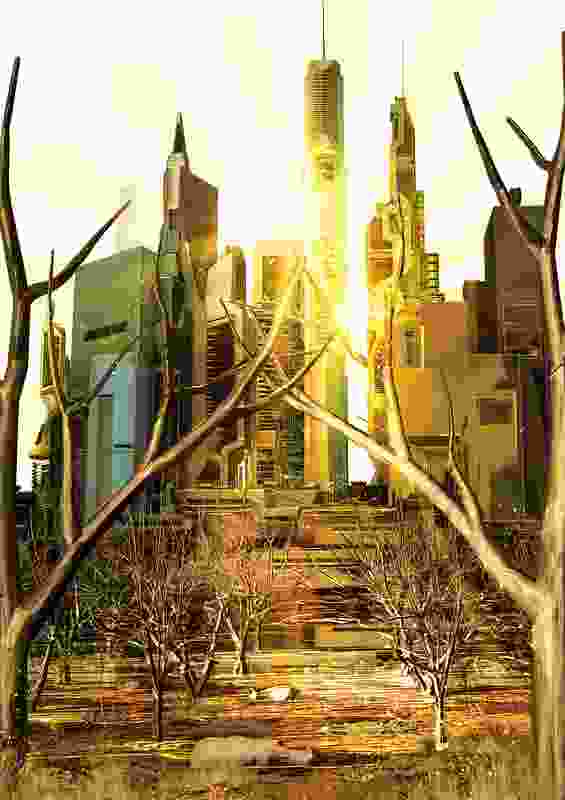 Central, the Drought City spreads and densifies, built on a sustainable economy based on the hydrologic cycle. 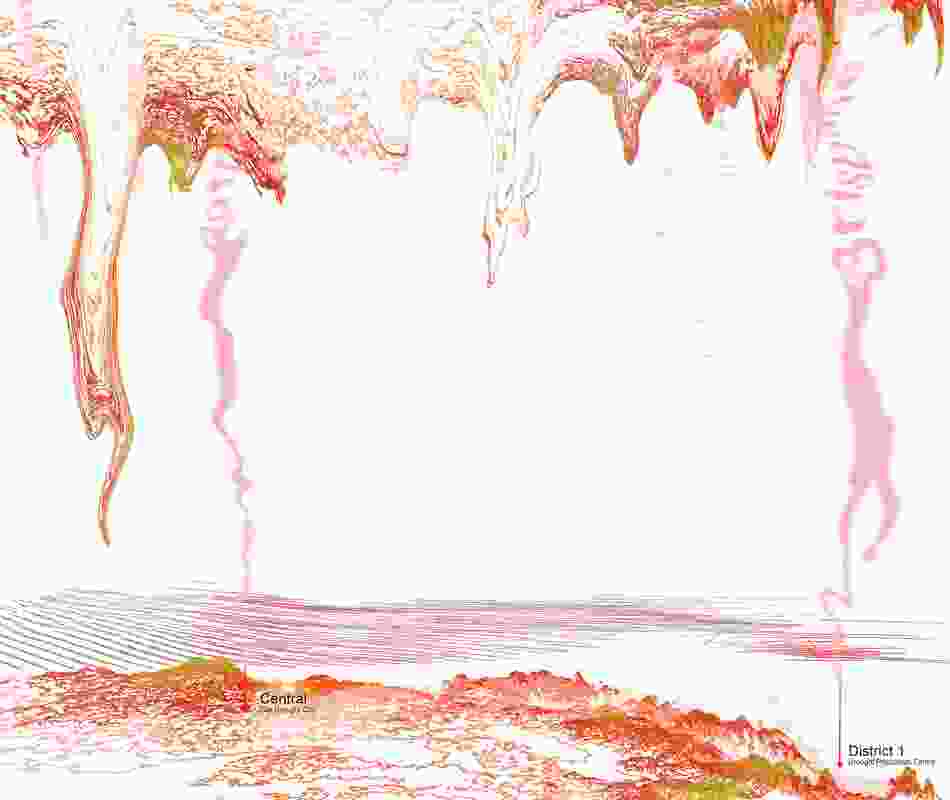 Rural lands become the new Drought Cities and urban centres, the new rural centres dedicated to the production of drought through evaporation.