China as a laboratory for change

Design and research collaborative Rural Urban Framework is responding to the Chinese government’s urbanization agenda by working with rural Chinese communities to contribute positively to social, economic and spatial transformations.

The TaiPing Bridge project involved the reconstruction of a three-hundred-year-old bridge, reimagining it as a public meeting place with seating and planting.

It is expected that by 2050 more than 75 percent of the world’s population will live in urban areas. As one of the most urbanized countries in the world, Australia has already surpassed this percentage.1 Like much of the Western world, Australia’s urbanization was firmly established by the early twentieth century, whereas urban growth in the current century is forecast predominantly for Asian and African countries. This transformation from rural to urban is particularly acute in China, where in 1980 it was reported that over 80 percent of Chinese people still lived in rural villages. The Chinese government is currently seeking to “urbanize half of its rural population by 2030 – a staggering 350 million citizens.”2

Understanding and responding to the effect of the Chinese government’s agenda on village communities forms the focus of the design and research collaborative Rural Urban Framework. A collaboration between architects John Lin and Joshua Bolchover, Rural Urban Framework is a non-profit research lab that is hosted within the University of Hong Kong, where Lin and Bolchover work as associate professors. The basis for their practice emerged in 2006 during an eight-hour drive from Hong Kong to visit a project site in a village in the Guangdong province. Travelling through the rapidly transforming rural landscape highlighted China as a laboratory to interrogate processes of change. Rural Urban Framework works with government organizations, charities and rural communities and its projects, which include schools, hospitals, public spaces, connections, reading rooms and community gardens, are conceived to contribute positively to social, economic and spatial transformations.

What makes Lin and Bolchover’s community-driven approaches particularly distinctive is their commitment to contemporary design. Their responses move beyond generic construction approaches to produce engaging design outcomes based on an innovative use of materials and new programmatic and organizational relationships. Working with low budgets and minimal access to technology, they seek opportunity in the smallest design decisions; for instance, tweaking the use of basic functional materials such as concrete for a new effect.

Many of their projects have focused on re-establishing vital connections for communities through infrastructure. The TaiPing Bridge project located in the Guizhou province involved the reconstruction and resurfacing of a three-hundred-year-old bridge through the merging of traditional masonry construction and more contemporary precast concrete techniques. This renovation also included the re-envisaging of the bridge as a public meeting space through the insertion of planting and seating. In contrast, their design for a new bridge in Shaanxi province offers an unapologetic contemporary insertion into the rural countryside. Designed to reconnect an existing walnut orchard to the village, Lingzidi Bridge was conceived as a “singular loop” that connects across the river while also offering access to the river. Similar to the TaiPing Bridge, this structure operates as a social community space and incorporates shaded areas and seating. In an important design detail, black pigment was added to the concrete to create a finish that is distinct from the adjacent grey highway viaduct. This simple adjustment to the use of ubiquitous concrete, combined with an understanding of light and form, has resulted in a simple but striking insertion into the landscape.

The Qinmo Village project in Guangdong province offers a clear demonstration of how the construction of a new school, combined with the realignment of existing social and physical resources, can encourage self-sustainability. The village was chosen by the Green Hope Foundation (an international youth organization that encourages children’s rights, environmental protection and sustainable development) as the site for a new primary school with a focus on environmental education. Like many villages in China, the more able workers had left to work in larger urban centres, reducing the local population to the elderly and young. However, unlike many villages, the surrounding agricultural land had not been damaged by chemical fertilizers, and this knowledge formed the basis for a long-term plan to rebuild the village with a focus on education and reformed agricultural practice.

Working with numerous stakeholders over a six-year period, Rural Urban Framework designed a new school building (featuring colourful concrete bricks painted by the community) and a basketball court and playground that double as community space. Importantly, the now-vacant old school building was repositioned as a demonstration eco-household featuring new agricultural techniques. These include a self-composting pig and chicken barn, which generates manure for the plant-testing plots, a green house for seedlings and, most recently, a farm that experiments with more profitable chicken breeds. The old school building has multiple functions: storage for the village’s elaborate lion festival costumes, an informal community centre, a dormitory for the local teachers who tend to the eco-garden in exchange for board, and a venue for a charity-run camp for high-achieving students.

Rural Urban Framework’s desire to equip communities to adapt to future change underpins the Qinmo Village and community centre redevelopment. Understanding how their projects are positioned within the cycle of knowledge development, generational change and economic shifts is central to their success. To date, they have worked with more than eighteen rural villages in China. However, Lin and Bolchover do not consider their methods as repeatable solutions, but instead as experiments that interrogate the particular complex economic and social forces at play in these villages.

Rural Urban Framework’s approach offers a refreshing departure from community-building projects that tend to unfold in two ways: either with an architectural focus on housing and the pervasive community centre, or a more landscape-driven scheme that trades a strong design ethos for community involvement. Instead, Lin and Bolchover demonstrate the possibility of developing a contemporary design language with the simplest construction materials while still addressing larger questions of economic, social and environmental resilience.

John Lin from Rural Urban Framework will be speaking at the Landscape Australia Conference on 5 May 2018 in Sydney.

Book tickets for the conference here.

This issue is a preview from our new February issue of Landscape Architecture Australia – ‘Embracing the Asian Century’, due out 31 January. 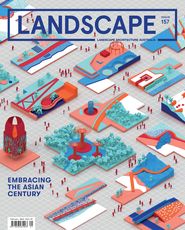 China as a laboratory for change 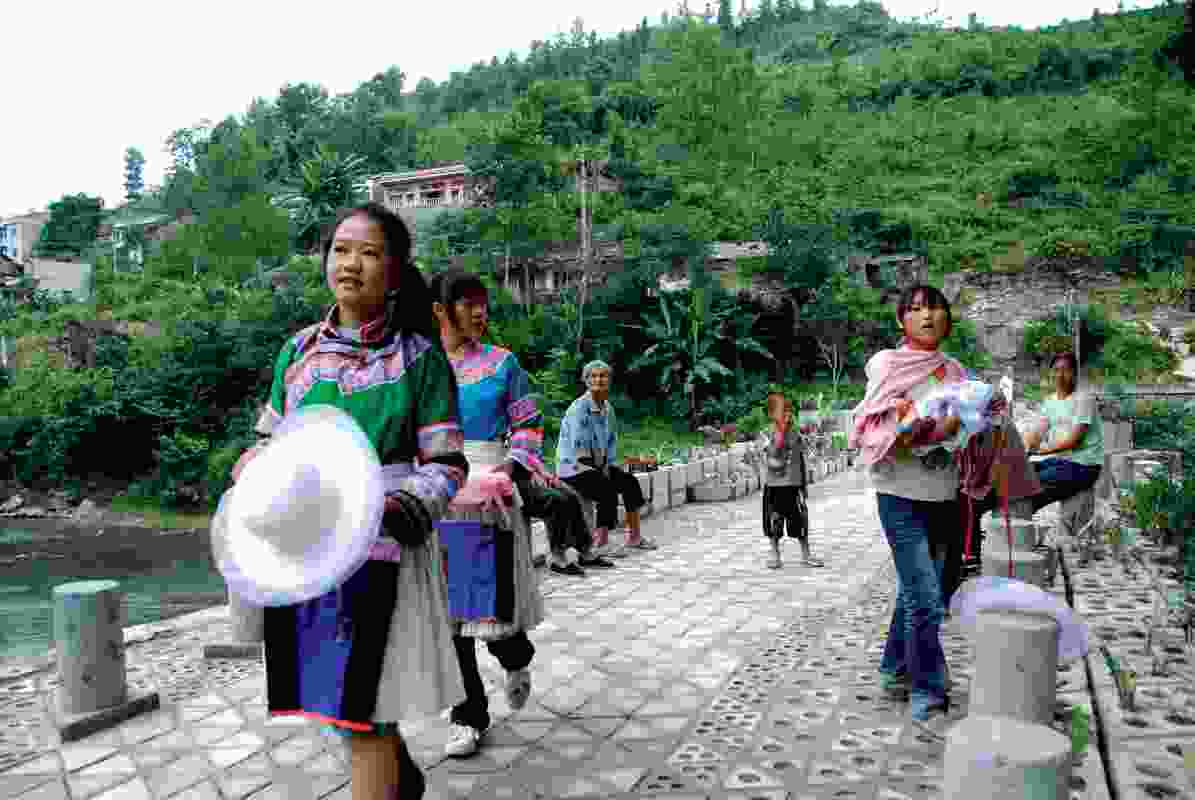 The TaiPing Bridge project involved the reconstruction of a three-hundred-year-old bridge, reimagining it as a public meeting place with seating and planting. 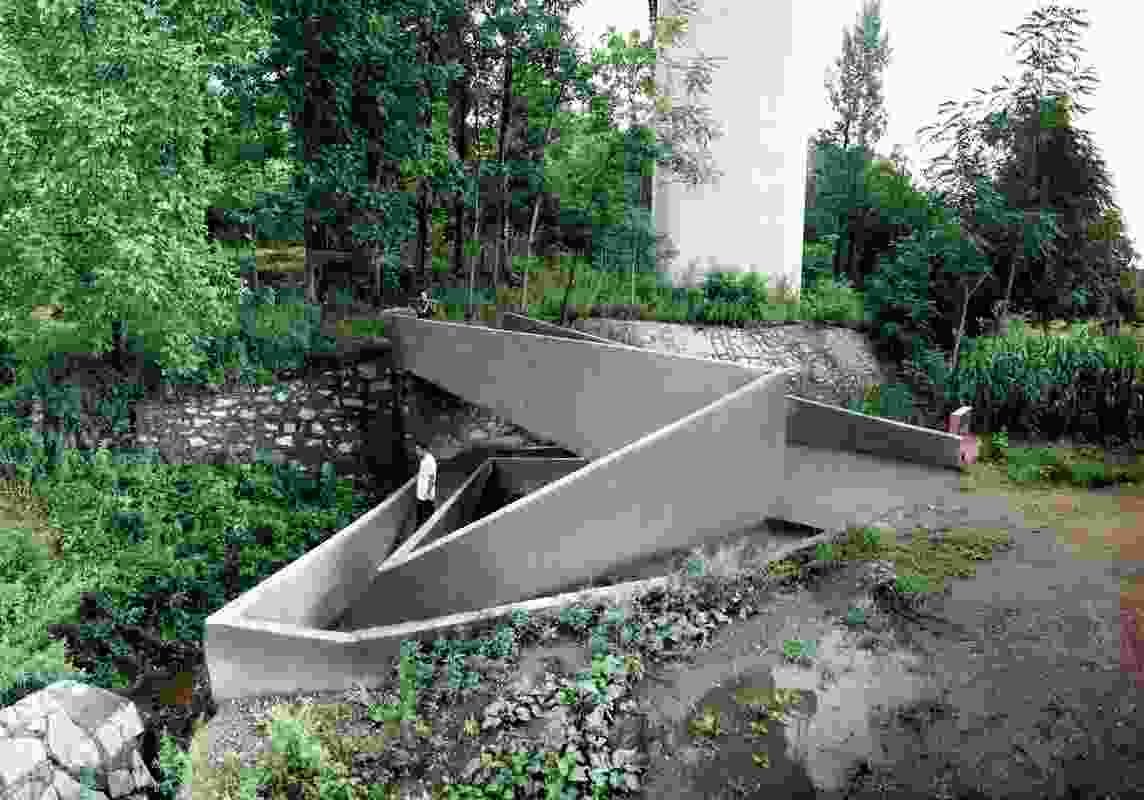 Lingzidi Bridge was conceived as a “singular loop” that reconnects an existing walnut orchard to the village while also offering a new social community space. 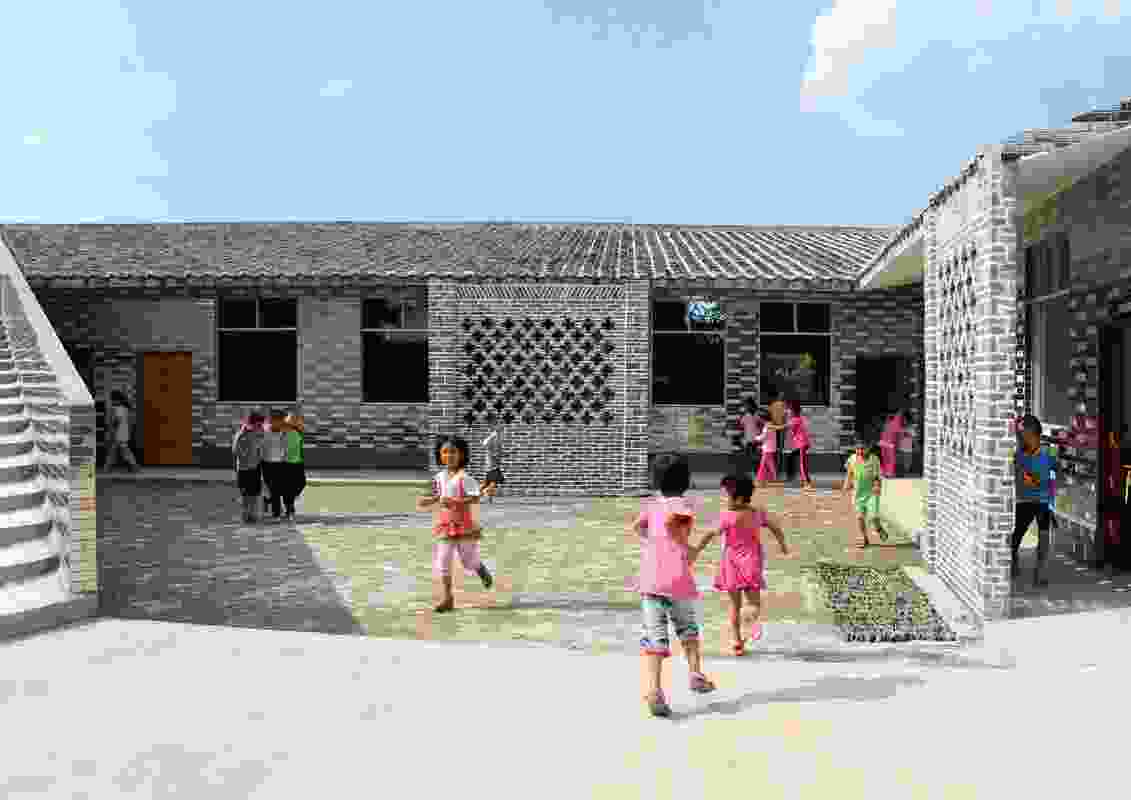 Mulan Primary School was extended by Rural Urban Framework to provide a new toilet block, playground and a building for additional classrooms. Mirrored ceramic tiles cover the toilet block and parts of the playground steps.